Miami Marlins pitcher gets hit in the head by line drive 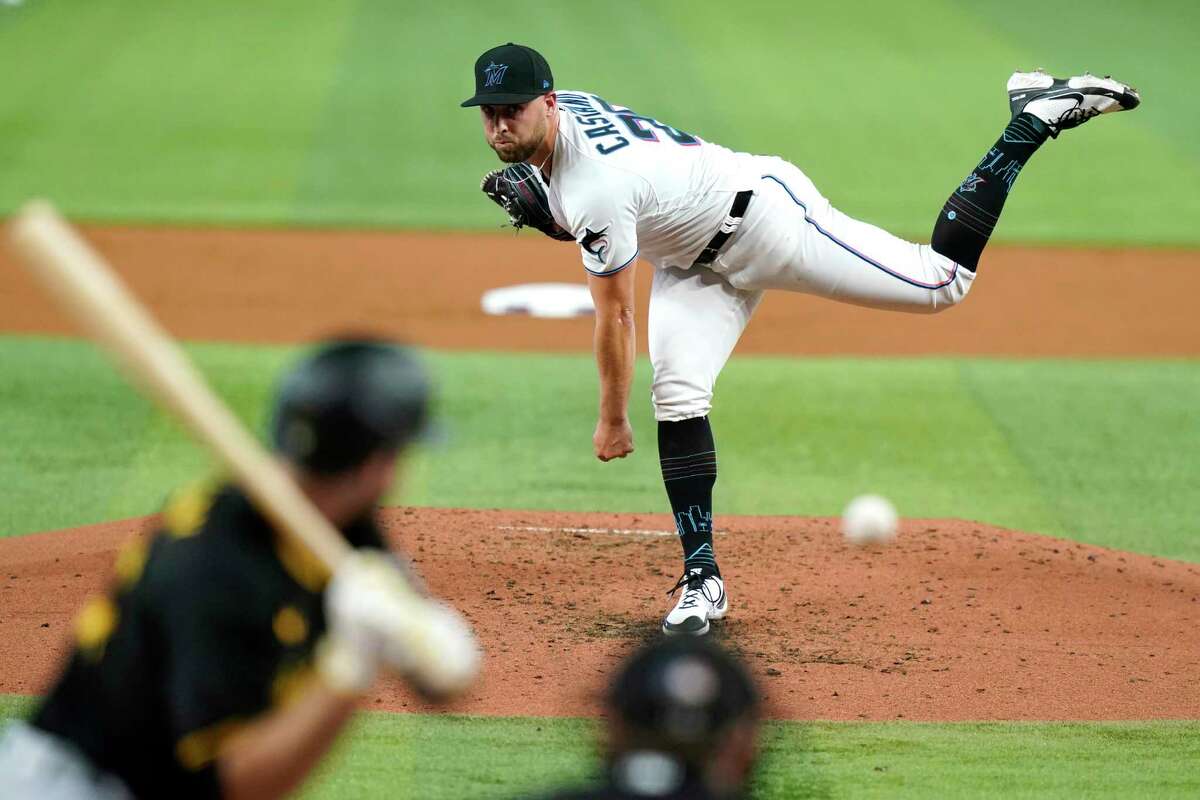 Miami Marlins pitcher gets hit in the head by line drive

Marlins pitcher Daniel Castano was hit in the head by a 104 mph ball directly off the bat of Donovan Solano. The scary incident happened in the first inning of the game on Thursday, July 28, when the Miami Marlins played the Cincinnati Reds at Great American Ball Park in their last game of the series.

In the bottom of the first inning Castano was facing Solano with two people on base and the Reds already leading 1-0. Solano already had a ball and a strike. Then Castano threw the pitch, and that is when it happened.

Castano was hit by a line drive off of Solano’s bat. Immediately after being hit he fell on his knees and put his hand on his forehead. Miami Marlins catcher Jacob Stallings rushed to the mound along with the Marlins’ trainers and some of the staff. The field froze with both teams worried about their teammate and fellow competitor. Solano knelt down on the first base line with his head buried in his fist.

While he was being inspected on the field by the team’s trainers, Castano could be seen telling them he is “alright”. When Castano was finally able to stand on his own two feet after being checked out, Solano made his way over to the pitcher’s mound. Solano put his arm around Castano and seemingly asked him if he was ok. Castano gave him a friendly tap and a nod. Castano responded briefly, but it is unclear of what he said exactly. The crowd applauded Castano as he left the game.

Miami Marlins manager Don Mattingly confirmed the ball bounced off the tip of Castano’s cap before hitting him on the side of his forehead, which helped reduce the impact of the injury. The team said he has a concussion and a bruise on his forehead, but his CT scan came back normal.  When answering questions with reporters after the game he joked that his first concern after he woke up was if the Marlins got the out. The left handed pitcher said “I’m much better now. I’m a little bit tired, but I’ll be all right”, according to ESPN. Castano still does not fully remember what happened.

Following the game, Castano posted an update on his Instagram story. He thanked all of his supporters, teammates, coaches, trainers, and Solano for their support. He is still expected to continue further evaluation and it is unclear when Castano will be back to pitch for the Marlins.