Damian Lillard Signs A New Contract, At What Cost? 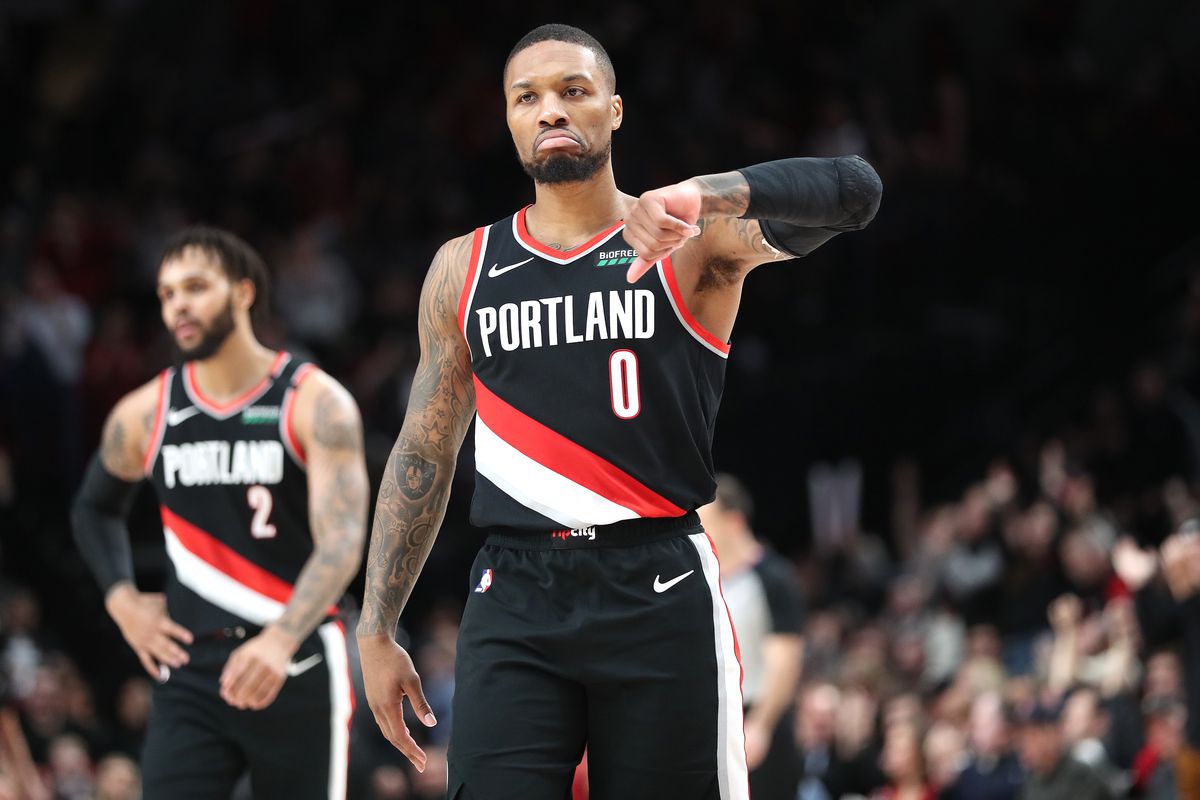 Damian Lillard Signs A New Contract, At What Cost?

This NBA offseason has been filled with a ton of drama. From the NBA draft to free agency, huge trades and contract signings have happened left and right. However, one of the most significant contract extensions occurred on Friday in Portland.

Before his two-year extension, Lillard, 31, signed a four-year $196 million super-max extension before the start of the 2019-20 NBA season. Now, he adds two more years to a contract that will pay him around $60 million yearly.

Lillard has always been about “never running away from the grind” and staying loyal to his team. You know what they say is true, you can never put a price on loyalty, and that’s what I respect about Lillard.

As a sports fan, you want to see your player stay loyal to your favorite team and win. However, not all-star players have won with the team they were drafted by, whether they stayed with them or not, and that may be the case for Lillard.

Since he was drafted back in the 2012 NBA draft with the sixth overall pick, the Blazers have never reached the finals. His team’s most success was back in the 2018-19 season when the Blazers made the Western Conference Finals for the first time with Lillard. However, that run was short-lived as the defending champions, the Golden State Warriors, would go on and sweep the Blazers in four games. The Blazers would lose in the first round to the Los Angeles Lakers and the Denver Nuggets the following two seasons.

With that being said, Lillard is not getting any younger. At this point in his career, he may have to consider all his options. Although he has given it his all in Portland, the Blazers are not in a spot to contend, and with a player like Lillard, it may be time to think about his chances of winning an NBA championship – time might be running out on him.

Teams around the NBA are making big moves to better their teams. However, with the eastern conference improving and the western conference continuing to stack up more talent, the Blazers’ chances of making the playoffs are slim, and Lillard’s chances of winning an NBA championship with the same team are also small.

Although many respect Lillard and his commitment to basketball and his team, his chances of winning in Portland are not high. It might be time for the six-time all-star to consider his options, leave the Blazers and go to a team with a high chance of winning the NBA Finals trophy.

Despite the Blazers retaining key players such as young rising star shooting guard Anfernee Simons and center Jusuf Nurkic, along with trading for big man Jerami Grant, they are not in good cap space shape. For a team that is trying to win now, they have to make more moves to help better the team’s championship chances, and the chances of the Blazers acquiring another player are also not very high.

Lillard may have gotten the contract extension he deserves, but it may come at the cost of him not being able to win with the Blazers, which could lead to a breakup in Portland in the near future.