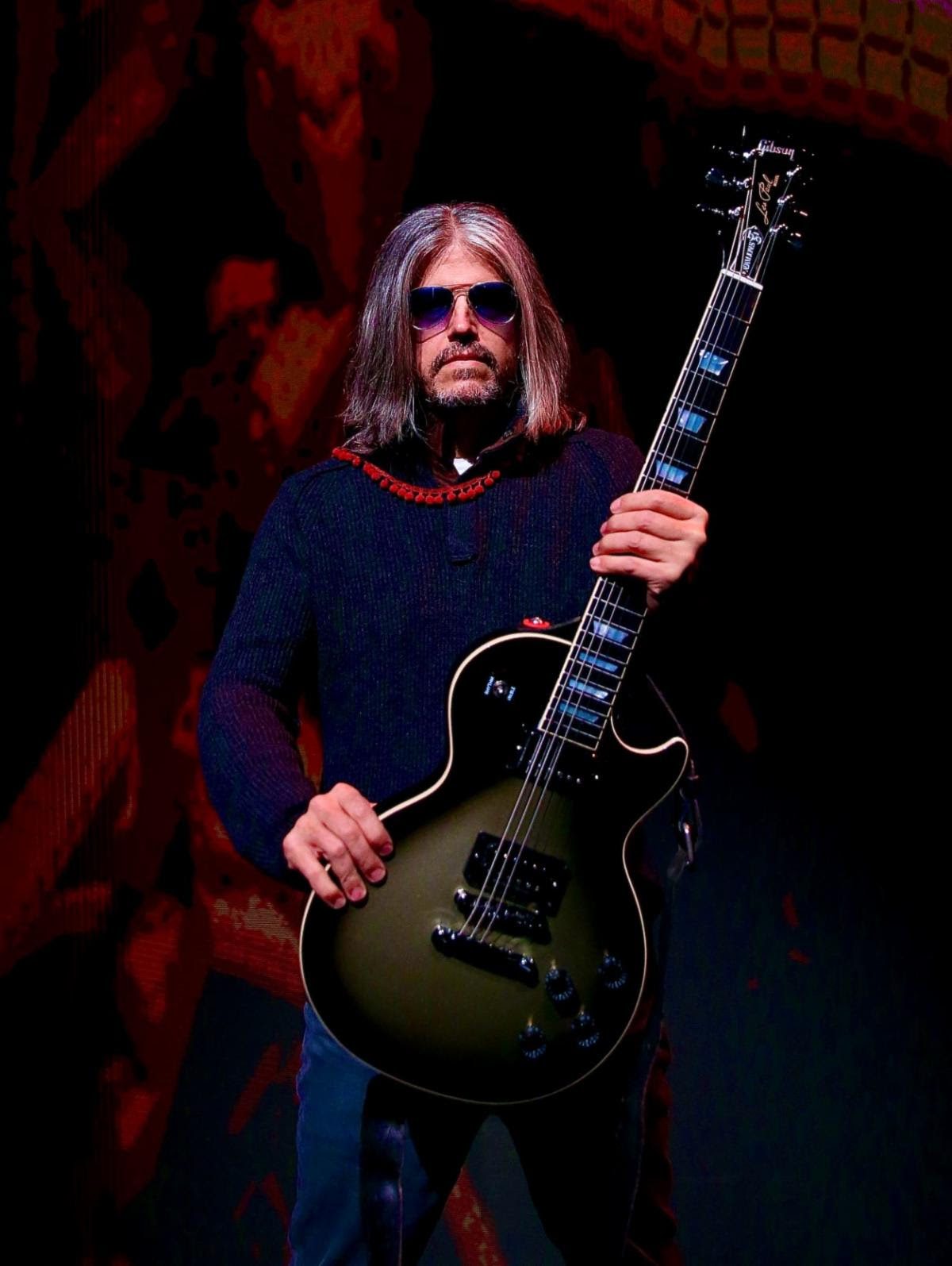 This past Tuesday in the heart of Tennessee, multi-platinum-selling guitarist Adam Jones was thrilled to announce he will be collaborating with Gibson USA to create their third guitar together. The dynamic duo will be designing the Adam Jones Les Paul Standard, which will be a modern take on Adam’s #1 guitar the Silverburst 1979 Gibson Les Paul; paying tribute to one of his “top favorite guitars of all time,” Jones said.

Jones has currently been rocking his latest piece while touring the world with long-time bandmates from Tool. The new and improved Les Paul is fully equipped with an ebony fretboard, mother-of-pearl trapezoid inlays, grover rotomatic tuners, contemporary style buttons, chrome-covered burstbuckers, hand-wired controls, and orange drop capacitors. Jones personalized the guitar by incorporating his custom artwork on the back of the headstock, and his signature on the truss rod cover. The collaborative team also decided to keep an antique feel on the modern-day instrument by adding a silverburst finish. 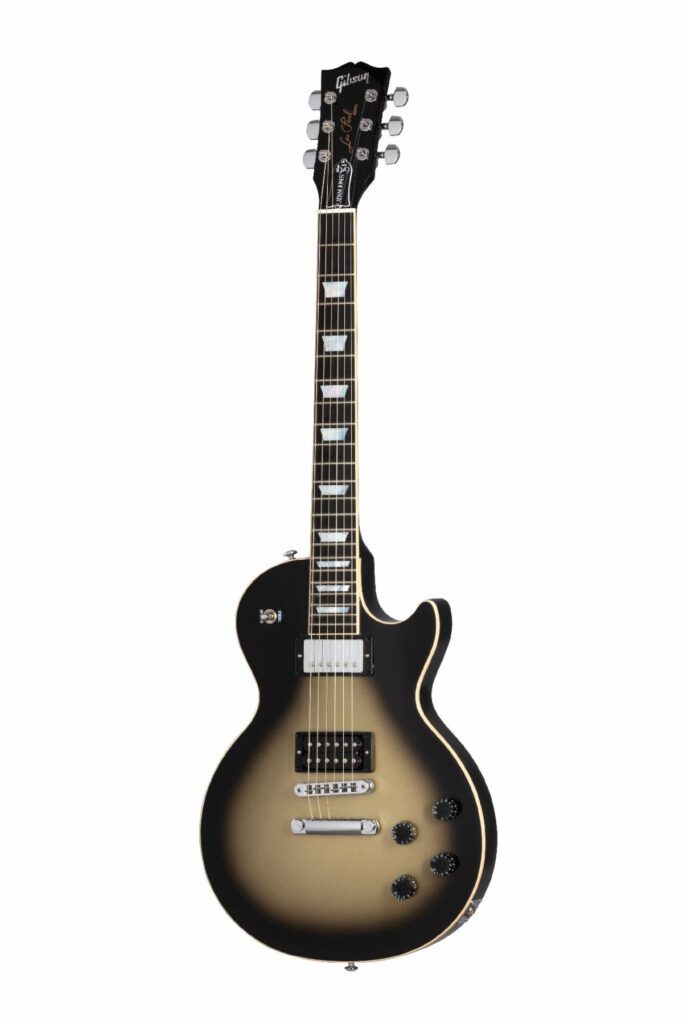 The 4x Grammy-winning artist worked closely with Gibson’s luthiers in Nashville, TN to design the new guitar, putting his visual arts, design and special effects experience to work. Jones also worked with the leading guitar brand at the recent world premiere of the Gibson Custom Shop Adam Jones Les Paul Custom by performing his new song “The Witness” which was accompanied by a special animated short film produced by Jones himself.

Aside from Jones’ extensive work with Gibson, he has been a prominent member of the rock band Tool since 1990 using his talent to create an innovative, sonic sound. He has also directed most of the band’s music videos, along with creating a visual experience on stage. Jones has not only made a name for himself as a legendary guitarist, but as a videographer, producer, special effects designer for numerous popular films such as “A Nightmare on Elm Street”, “Batman 2”, “Jurassic Park”, “Edward Scissorhands” and as a visual arts sculptor. 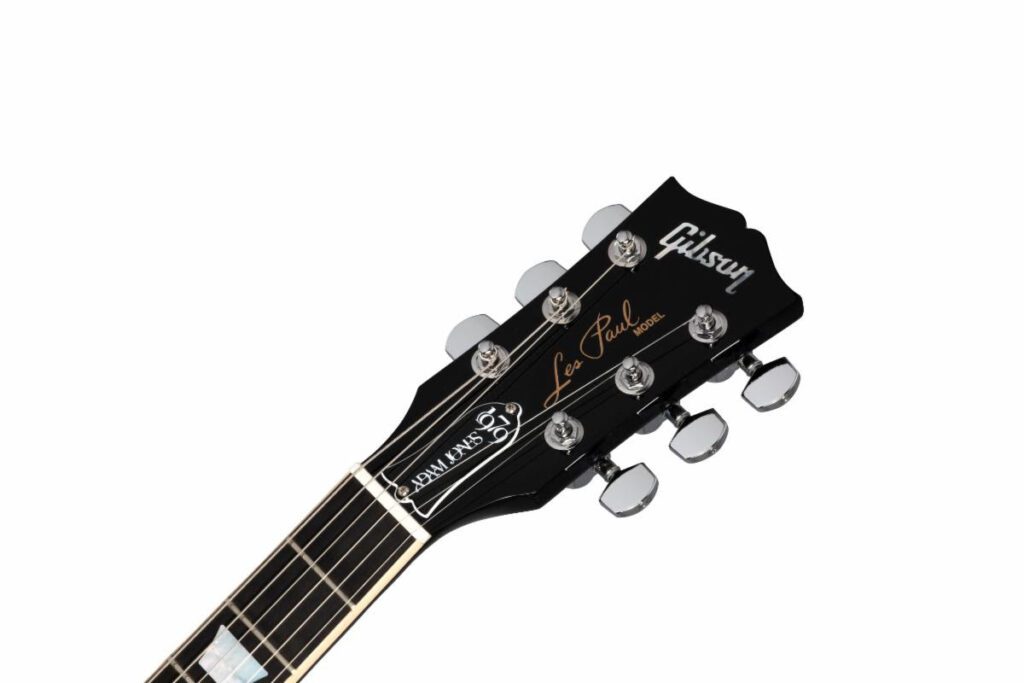 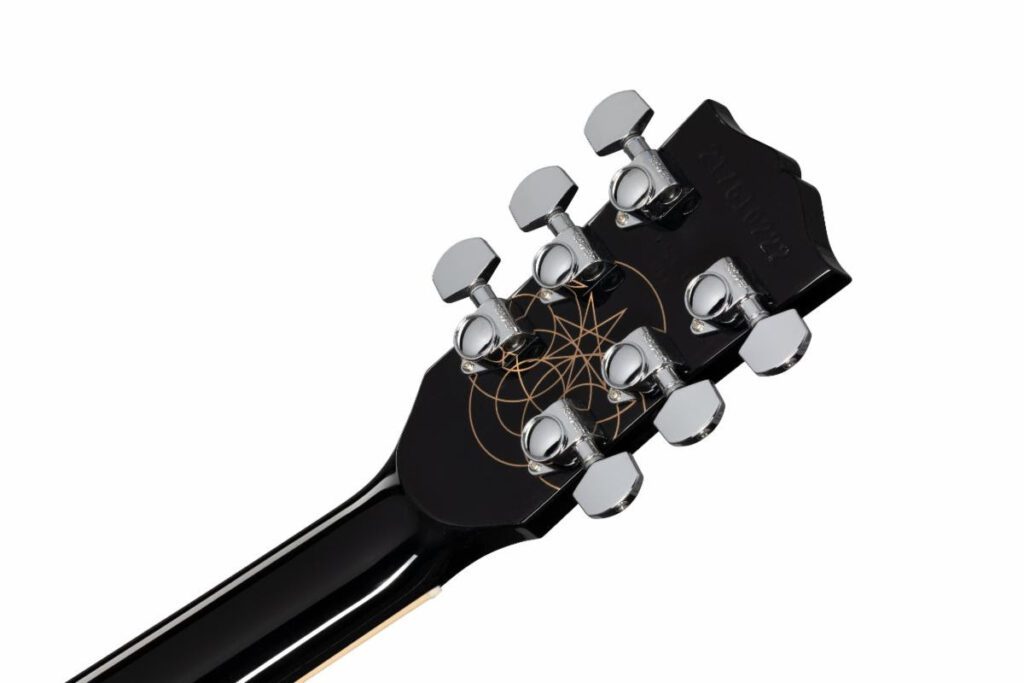 Along with Adam Jones, Gibson USA has been involved in countless legendary music partnerships and progressive product evolution for over 128 years. With their headquarters in Nashville, TN, they have been continuously shaping the sounds of generations of musicians and music lovers with their world-class craftsmanship, and plan to continue to do so for generations to come.

To purchase the newly updated instrumental work of art go to Gibson.com.