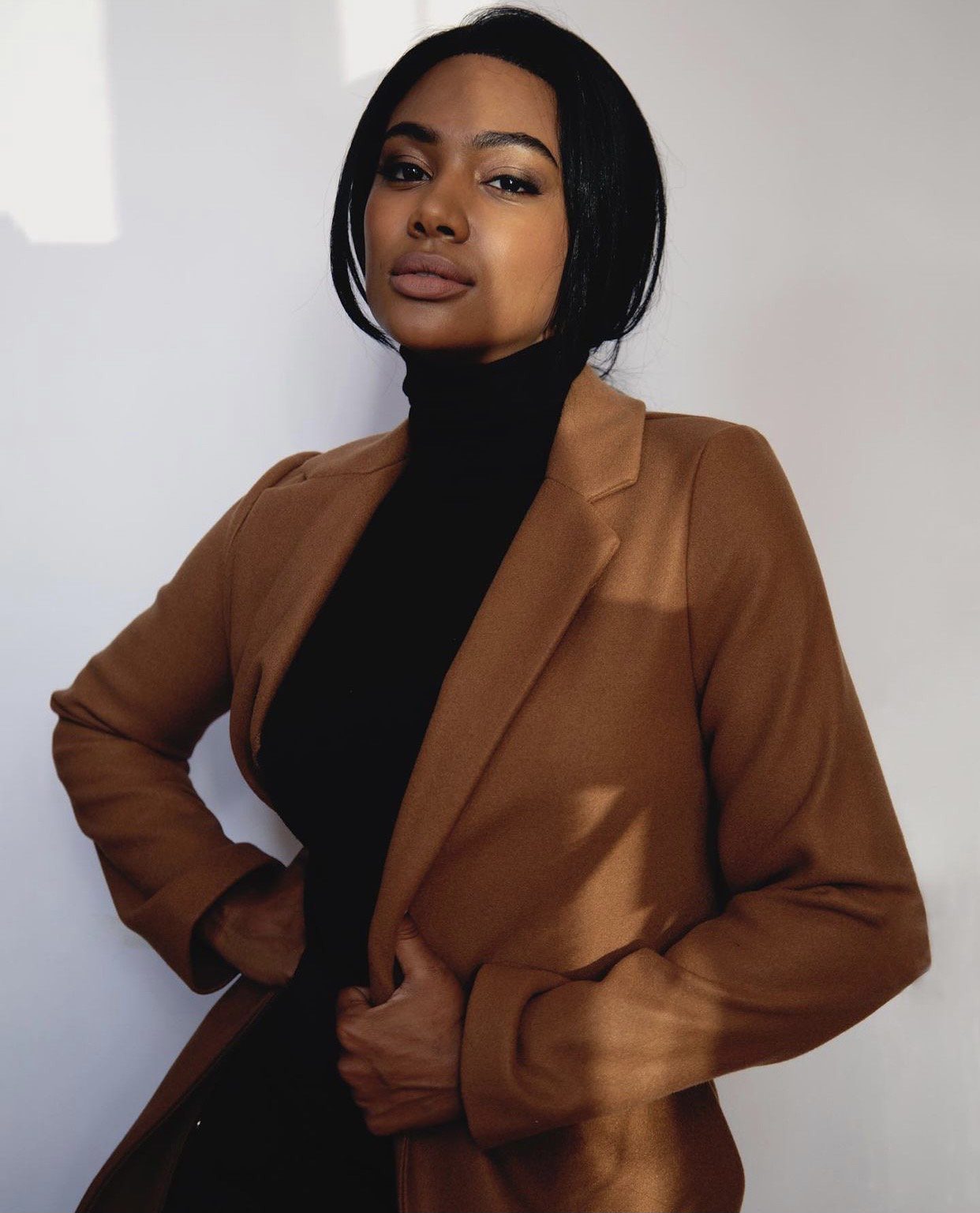 If you haven’t heard the name Jordan Emanuel, now is the time to get familiar with it. Jordan Emanuel is a successful model, entrepreneur, and humanitarian. She recently came out with an e-book, Get Into Frame, A Road Map to Modeling. In her e-book Jordan discusses her modeling journey, as well as her experiences in the modeling industry and tips to those starting out. I had the pleasure of asking Jordan a few questions about her journey and experiences. Continue reading to explore the life of Jordan Emanuel and her bright spirit.

Where are you from?

I’m originally from Baltimore, Maryland, but I grew up in Basking Ridge, New Jersey. New Jersey is pretty much home for me.

What made you decide to write an e-book?

You know, I was getting a lot of DMs people, both women and men, asking me how I got started, how I ended up in Playboy, kind of what my journey looked like. It was coming in such a volume that I was like, you know what, let me condense all of this information into one place and explain to people a little bit about my journey and what were the kind of steps I took. And so, I just wanted to provide that so they could pick apart what resonated with them and what they wanted to implement in their own journey to modeling.

What made you choose the title ‘Get Into Frame, A Road Map to Modeling’?

Well, I really like puns in general, so I definitely wanted to have a play on the industry itself. I kind of like how Beyonce is like get into formation. It reminded me of the model version of that so I definitely wanted to get that and then use a technology of photographs and things like that to get the title. But, I also wanted to have it be a literal metaphor for literally getting yourself aligned to where you want to be in this industry.

When did you first get involved in modeling?

So it was kind of an accident. It was my 25th birthday and I have this really talented friend that was dabbling in photography for the first time and I was like, you know, I really want to do 25 days of Jordan because my birthday is on Christmas. I’m extra, so I did a photo counting down every day until Christmas, and she was amazing. We set it up in her apartment and we did a lot of fun photos and she’s an amazing editor. It got the attention of someone who owned an agency and he reached out to me and was like “Hey, I’d love to sign you” and that kind of started everything. I later started reaching out to other non-exclusive agencies and was working with almost 13 agencies at one point. I was trying to see where I fit and what niche was mine. That ended up being a lot of beauty and things like that.

What has been your favorite modeling gig so far?

All right, I have three. First is a campaign I did for Savage x Fenty out of my father’s garage in the middle of COVID. I did everything myself, my hair, my makeup, everything with the director and stylist on zoom. That really challenged me and forced me to really notice that I didn’t appreciate everyone on set. It gave me a new appreciation for everybody, so that was definitely one of my favorites. I’ll never take anybody on set for granted again. Second was a music video for G-Eazy. This was the first music video I’ve ever done; it was black and white. I was more live action in that modeling. Obviously, I didn’t have any lines but having to actually be in motion and modeling at the same time was really cool. Having to do a character was interesting. Lastly, I mean I love my Playboy shoots mostly because I love my Playboy family. Anytime I have shoots with other playmates or just even their team and staff that takes photos, editing and directors I love that. It’s just always good energy

What would you say is your dream modeling job?

Oh gosh. I would love a big beauty campaign or a big skincare campaign. Or, I would love to be in Harper’s BAZAAR, I love Harper’s BAZAAR. I just feel like there quality has always been chef’s kiss since the beginning of time. So any of those, whichever happens first.

When you’re not modeling what are some things you like to do?

Honestly, I’m a really big homebody. I love just sitting at home with takeout and binge watching until an ungodly hour. Lately I’ve been watching ‘The Vikings’ for the first time, so that’s been very interesting. Obviously I like to travel, but lately especially after COVID I do like to be just chilling at home with no plans.

What would you say you enjoy most about modeling?

It’s definitely the meeting different people every day. I just enjoy hearing people’s stories and talking to people and joking around on set. You don’t get to meet people like that anymore other than when you’re in school or taking classes seeing the same people everyday. I love just mixing it up and I always keep in contact with my hair stylist on set, or my makeup artists. You really do form a little family even if it is for that day. It’s always good to network. If I’m in LA I’m like, okay, I know If I need my makeup done I can call a, b, and c.

What are some of your favorite photographers?

I love Sasha Sampson; she’s definitely been my number one favorite for a long time, and I would love to shoot with her. I’m just such a huge fan. I love Adrienne McCallum. She shot my Playmate of the Year shoot. I would say those are definitely my top two at the moment. Also, Vincent Peters is insane. He does a lot of like still, old school themed photoshoots that I love.

What is your favorite social media platform?

You know, surprisingly, I love Twitter and I didn’t for a long time. I really wasn’t active on Twitter and then again, over COVID there was a whole community on Twitter for everything. It’s just raw thoughts and it’s so funny. The memes and things that people come up with, like wow, the internet is just undefeated.

What is something that has helped you grow most throughout your career?

Gosh, I don’t know. I guess I’d say the support from my loved one’s and my friends. It’s a tough business to be in because you’re constantly getting rejected. Having those people there to reassure you that you’re appreciated in some way really made a big difference.

What advice would you give to someone who’s just starting out?

Definitely, just go for it. I think I wanted to, I mean I know, I wanted to be in entertainment for so long, but I was so scared that it took me awhile to actually pull the trigger. When I did, I was like, wow, why didn’t I just do this earlier? Time was passes anyways, so I may as well be doing it and spending my time working towards something I actually want. So yeah, I would definitely say just go for it. Also, know your boundaries. Know what you’re comfortable with and once you’re strong in that, you’re unstoppable.

What do you want your future to look like?

Professionally speaking, I would love a production company. I would love to be the host of a new age ‘TRL’ or ‘Behind the Music’. I love talking about music. It’s the universal language. I mean, it doesn’t matter where you are, who you are, there are certain things that bring up certain moods and it doesn’t matter if you understand what’s being said on them or not. It’s why I started my podcast ‘Amplified’, so I would love to do that. I just like to create; I would love to do more creating behind the scenes and bring visions that I have to life with not being the talent. Also, I’d still love to do photo shoots, again, I love meeting new people. I think it’s a great experience, so I’d like to do both.