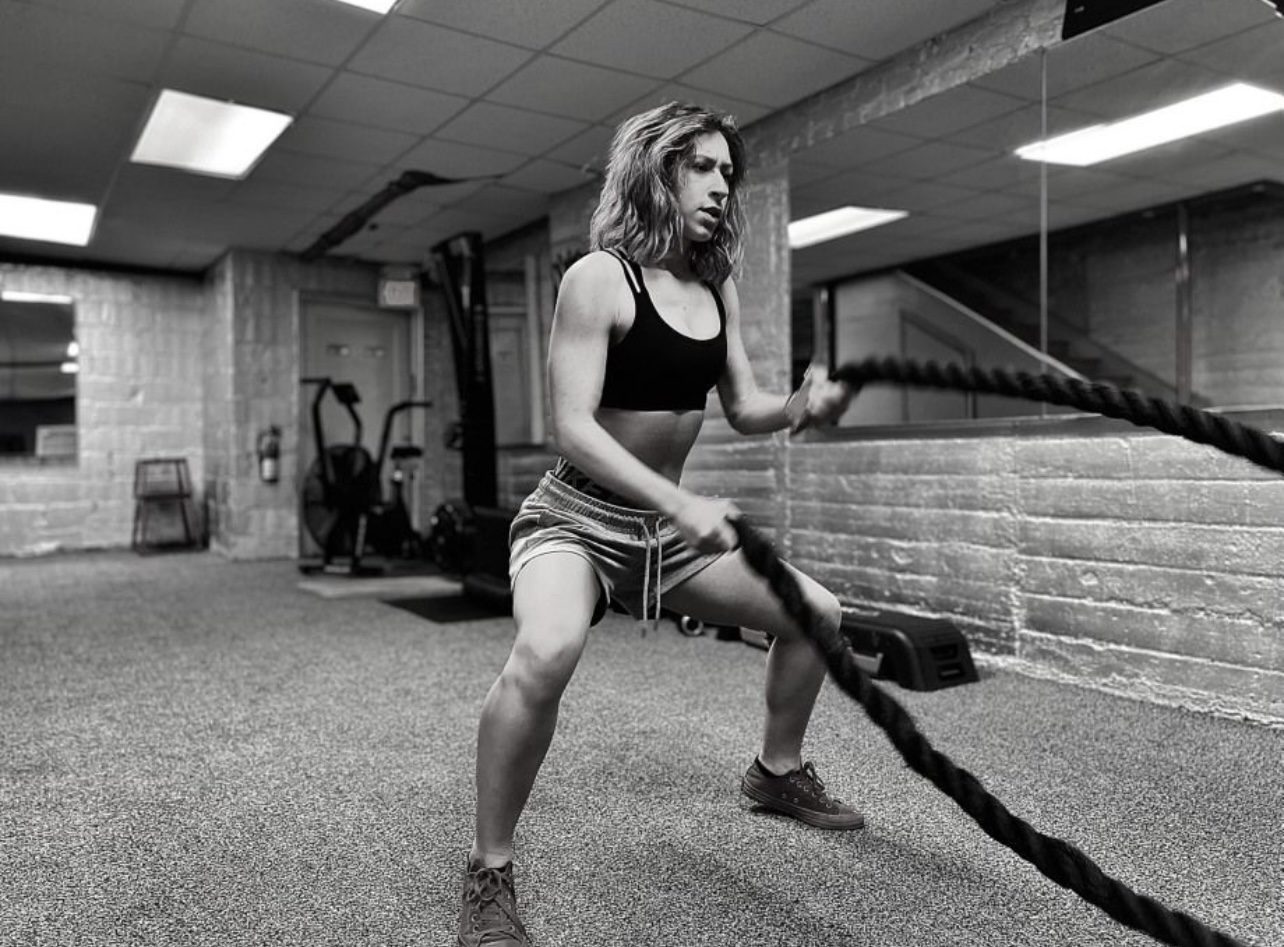 New York City- Dani Sadikov, 20, a born and brought up New Yorker, challenges traditional fitness methods with calisthenics. The young audacious Sadikov took a leap of faith to solely kick-start her own athletic club that goes by the name of Dominate swim.

Before finishing high school- a year early -Sadikov was working at a doctor’s office, which was absolutely loathing for her to attend. Realizing her unhappiness, she went on to consult with her mentor, childhood Coach McVie, aka ‘The Captain.’

Growing up Sadviko was an avid swimmer, since the time-consuming sport didn’t allow for a social life, and was physically draining; In middle school, Sadikov temporarily quit.

“Swimming is tough. All sports are tough, but swimming especially. With swimming, nobody wants to go from swimming [practice] to school to swimming [practice]. It really is a lifestyle, it’s beyond a sport […] that must be your life. If that is what you do, you must dedicate every single waking hour to swimming,” said Sadikov.

Halfway through high school, Dani had an awakening. Dealing with a mother who was ill with Cancer and being “cooped up” for too long. Sadviko was relentless to start doing something.

With her heart in hand, Sadviko explained to her old coach her wishes and situation, “I’m going, to be honest with you. I just quit my job, and I have no money, I need to be right HERE.”

‘The Captain’ was supportive to his old star pupil, offering her a position as a swimming teacher. Certain conditions were given. Such as being there every morning [6 a.m. to 8 a.m.], every night [6 p.m. to 8 p.m.], always giving her all. Having had extensive skills and knowledge of the sport, it was a no-brainer for Sadikov to take the job.

Even though the job didn’t last long she gained so much experience and was confident to look for another. She eventually found work for a high school where she still coaches today (a side hustle).

Coming to terms with her burning passion for sports Sadikov said, “Every day I realize my passion more and more.”

COVID-19 in New York City made everything impossible. Including swimming. Public pools were unavailable to access. If there was a facility that was in service, the policies mandated by the city were all incredibly strict. Meanwhile, those hiring for swimming instructors had unreasonable wages, thusly Sadikov was fed up. So, she began her own operation.

Eager to make things more accessible, Sadikov wanted to bring the heart of coaching to personal training. As a woman in a male-dominated business such as the fitness industry, there has been an undermining attitude from non-believers in her techniques who happen to exclusively be men.

Sadikov said, “Weight and all that mainstream training is not effective. Our bodies are adept. We have fingers to grab stuff, toes to not slip, we have limbs […]We are so adept as creatures. We have legs to run, we have arms to swim, the only other thing we can’t do is fly […] If you are deadlifting 300 pounds that is the reverse mechanic of jumping. What’s the point? You are making yourself stationary.”

Her take is vastly controversial. ‘Gym Bro’s’ and ‘Meatheads’ have a great divide with the rest of the fitness community when it comes to what practice others choose. Calisthenics is usually underestimated, but Sadikov makes a good argument to consider.

Anyone can get heavy and big by deadlifting, but what’s going on with all that weight? Can those who deadlift pull themselves up? If they’re hanging on the side of a cliff, can they hold themselves? Sadikov believes that because humans were built to hunt and gather, staying motionless does nothing to the productivity of the physical body.

According to Sadikov “‘Meathead’s’ and ‘Gym Bro’s’ bodies aren’t functional.”

Dominate Swim is accepting new clients for 2022. Dani Sadikov instructor of 6 years, a level 2 USA Swim Coach, and Certified Personal Trainer of the NASM (National Academy of Sports Medicine) is the right individual to help others through effective cardio and calisthenics.

To learn more about Dominate Swim visit the link: https://dominate-swimming.business.site/