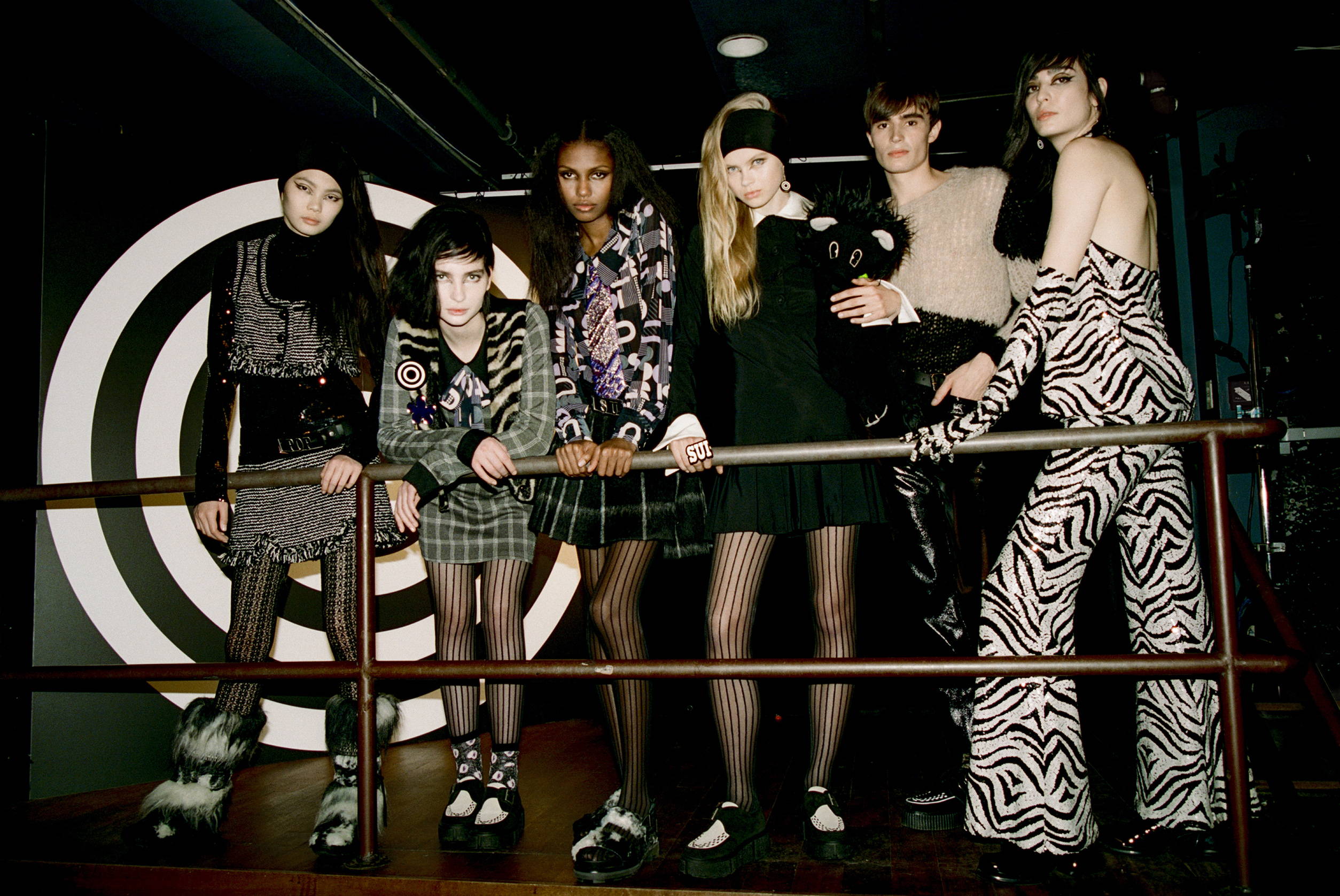 NEW YORK — Anna Sui, known for her devotion to rock and roll, creative ingenuity and contemporary clothing, has released her Fall/Winter 2022 collection in a digital presentation at New York Fashion Week. It was directed by Jeannie Sui Wonders and produced by Isabelle Sui.

The collection — inspired by Brit Pop show Ready Steady Go! — captured innocence and decadence. Regardless of where Anna Sui draws inspiration from, the cultural knowledge and appreciation for their communities is evident. “When I’m interested in something, I want to know everything about it. I need to know what’s behind it all. I really enjoy that process,” Anna says.

Ready Steady Go! incorporates vintage styles and cultural obsessions alongside retro, prismatic designs in new, trending It Girl silhouettes. It catered to fashion obsessed Gen Z, leaping from era to era. It began with 90s grunge and into the 2010 looks with silhouettes and shades reminiscent of Gossip Girl characters.

Anna’s cult following was established by her devotion to detail and her commitment to the things and inspiration that matters to her. Her creativity perfectly captures iridescent nostalgia and what it means to grow up loving fashion. Sui, who at age four decided that she wanted to be a designer, mixes eccentric ideas. This season, she delivered.

What began with a dark color palette brightened with orange, bubblegum pink and purples. It was a mix of Art Deco and New Wave ideas. Twee Brit Pop influenced the collection, evident in its tweed sets painted in orange and black. Bubblegum pink fur-trimmed cardigans were cropped and paired with velvet kitten heels. There were lilac and orange fur coats with matching tights, styled with creepers and grunge ties.

A Wednesday Adams-esque dress captured attention, striped tights and a massive ring that read “SUI” to match. Leather, sequins and houndstooth were the stars of the show. Sui mashed together a zebra stripe halter and faux fur boots. The collection was a perfect depiction of the Anna Sui brand —  a coalescence of styles, fabrics and patterns.