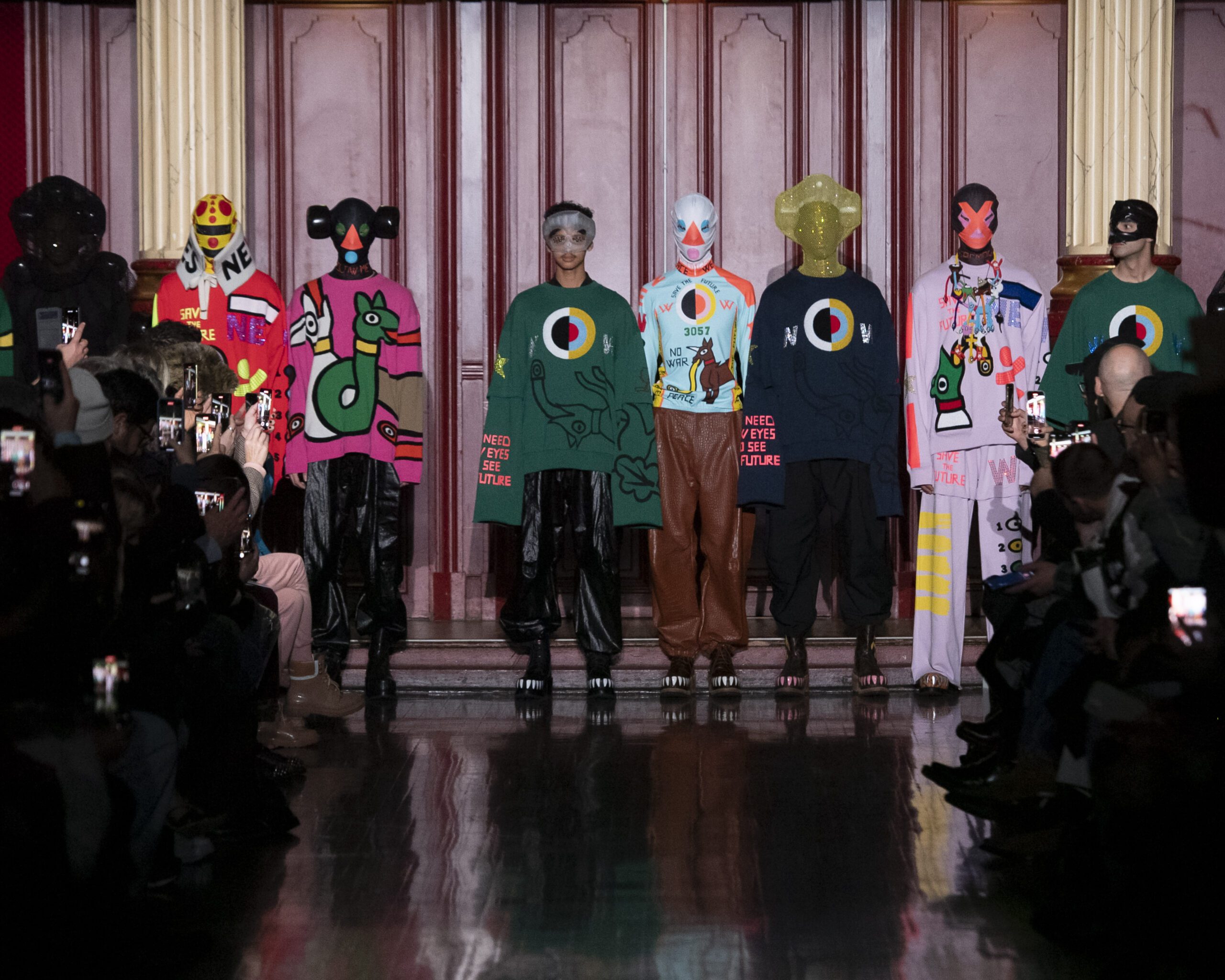 Above all things, I was so pleased to attend the show in Paris that I’d wished to come during Paris Fashion Week. It’s not too much to say that his collection rocked! At the end of the show, the designer, Walter van Beirendonck appeared to huge applause and cheer. Also, it was fascinating to see the music, the settings, the face masks, and a series of futuristic outfits. All made a kind of wonderland vibe to blow my mind. After all, his show made me forget the long waiting outside caused by the delay of the show.

WE NEED NEW EYES TO SEE THE FUTURE

It was fun and inspirational to see his collection. The opening look was indeed intense. The show began with an intense red look from head to toe. The model wore a glossy red jacket and matching trousers with a funereal veil in red on his face.

What‘s more, especially, what drew my attention is a kind of detachable wheels all over his upper body including his head, shoulder, and chest. The weird multiple decorations added an haute-couture mood somehow. And then, the wheel-like adornment continued to appear in various colors on a series of multiple looks.

Afterward, a series of suits followed like textured suits, checkered suits, and color-blocked suits. Some suits featured delicate cut-outs in both chests as if it embodies skeletal rib cages.

Also, the designer drew on drastic colors and details to complete the futuristic theme. The collection involved various prints, patchwork in vivid colors as well as unique facial masks. In addition, the designer played with several slogans printed on cycling jerseys and sweatshirts. The messages were “No War”, “Peace”, and “Save the Future”.

Last, the designer came out with a bright blue sweatshirt to greet the audience. A fun and playful twist was clear on his sweatshirt. His messages of the collection as well.

All images via Totem Fashon