Vogue Taiwan has always stood out among other editions of Vogue. Not because of original content, but because of low taste level and lack of creativity. In March 2020, Leslie Sun takes over the position of chief in editor and gives Vogue Taiwan a brand-new makeover. Sun not only restores the taste level of how the magazine is supposed to be, but also breaks the industry’s stereotypical impressions of Taiwan fashion publications with the unique content created for Vogue Taiwan.

First let’s take a look at Vogue Taiwan’s previous issues. Too many things are wrong about the cover page layout which makes Vogue Taiwan appear kitschy instead of an artistic production. Vogue Taiwan usually puts more focus on celebrities, as a result it attracts readers’ attention to entertainment instead of fashion. 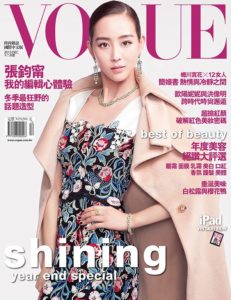 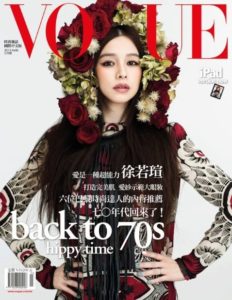 Sun studied business in University, then continued graduate studies in the California College of Arts, majoring in graphics design. She worked for a publication design studio in the US, specializing in exhibition catalogs for museum and galleries. Sun returned to Taipei in 2012 and opened a lifestyle shop called Sunset. In September 2019, Sun started working at Vogue Taiwan, then was promoted to chief in editor in March 2020. As controversial as this decision was, Sun still managed to prove that she is qualified for the role with the new editions of Vogue Taiwan. 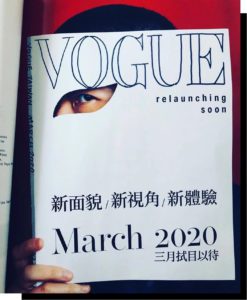 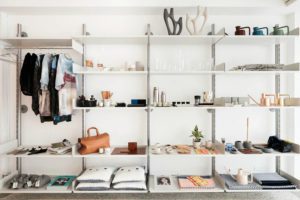 The first thing Sun does as soon as she took over was end cooperation with celebrities to return the cover page to professional models. In the March issue, Sun features four Taiwan models who are working internationally. They are captured on film camera in over 15 locations in Taipei, creating a vintage inspired 36-page cover story which is not only about fashion photography, but also consists of Taiwan’s rich culture. As Sun says, “It’s an honor to dedicate this issue to my precious hometown.” If you compare present and previous issues of Vogue Taiwan, you’ll notice that all the article titles and ads on the cover page are eliminated, leaving only “VOGUE” with the name of the issue. No more clustered words that make the cover page busy, the magazine is elevated to the level of fine art. 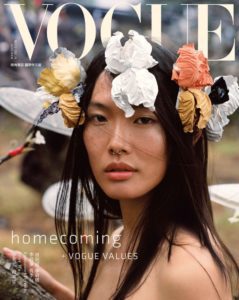 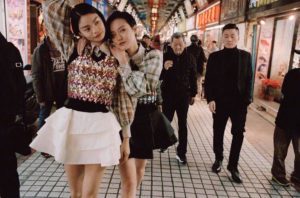 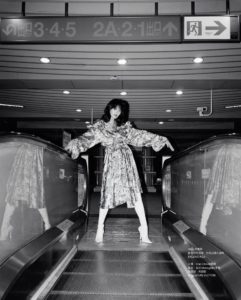 April issue discusses sustainability in the fashion industry. In the May issue Future in Transit, CGI is first introduced in the cover page production. The theme is about exploring the relationship between humans and animals in the future world. In the world of fantasy built with CGI, a llama is riding with a model on the back of a chrome motorcycle, people can swim alongside an enormous fish with vibrant scales. The pictures are done so beautifully that they are compatible with futuristic movies. 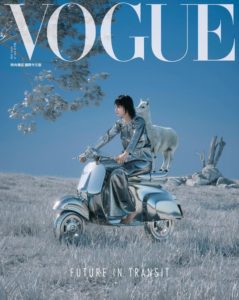 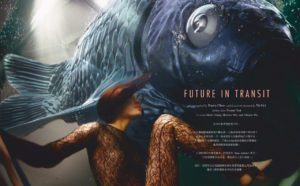 According to the new themes and content, it’s obvious that Sun doesn’t rely on the exposure of influencers and celebrities to attract readers but instead focuses on providing quality material about the fashion industry, lifestyle and designer features. Vogue Taiwan is making a positive change in the world of fashion publications, by returning the magazine content to pure art as it once was.

Meet the Canadian Brand that Dresses Your Favorite DJ

Topshop to launch bridal collection in the Spring