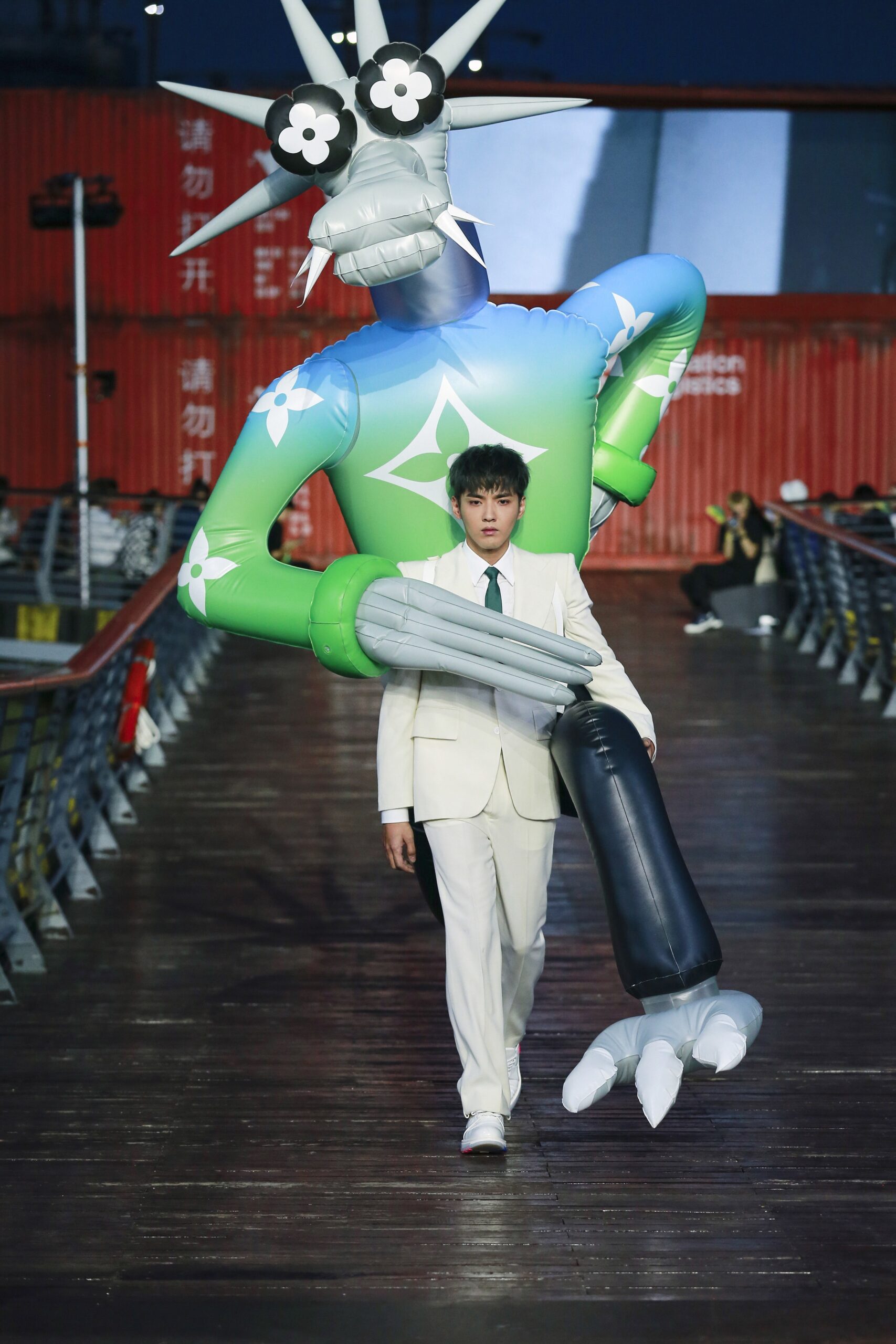 Louis Vuitton’s Spring 2021 Menswear presentation in Shanghai recently stirred much attention in the industry. The theme is “Zoooom with Friends”, an initiative conducted by artistic director Virgil Abloh. As striking as it seemed when models descended from real shipping containers, it also enraged renowned Belgian designer and member of Antwerp 6, Walter Van Beireindonck. He calls out Virgil Abloh on social media, for what he and his supporters refer to as “blatant imitation” seen in the Louis Vuitton designs.

According to Vogue, Virgil Abloh’s presentation continues his storyline which began within the animation “Zoooom With Friends”, a video populated with cartoon animal “stowaways” who’d jumped aboard L.V. shipping containers. Highly inspired by his African heritage, Abloh aimed to create a wonderland of inclusivity and unity imagined through the untainted vision of a child not yet spoiled by societal programming, he referred to his concepts as “hypnovisualism”.

The most noticeable element in the designs are the 3D stuffed mascots sewed on jackets or pinned over pockets, which also caught the attention of Van Beirendonck supporters. They were quick to pull out images in comparison: from Van Beirendonck’s Fall 2016 Menswear collection. Abloh’s designs are highly similar, from the color palette to the silhouettes and to the elements of stuffed toys being used. Other supporters pointed out that Louis Vuitton’s asymmetrical eyewear also looks like a copy of FAKBYFAK’s “THUNDER” and “LIGHTNING” sunglasses created for Van Beirendonck’s F/W18 show. Although designers copying from each other is nothing new, it’s a rare situation that all garments in the collection closely resemble another designer’s work. A collection with a highly similar color palette, garment silhouettes and design elements being produced years later by a different designer sounds suspicious to be concluded as “inspired by” the original designs. 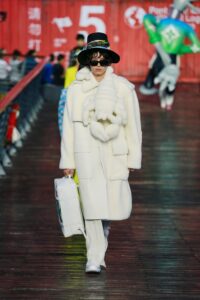 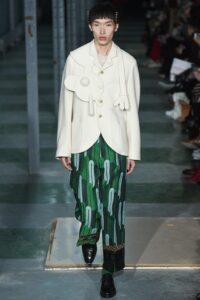 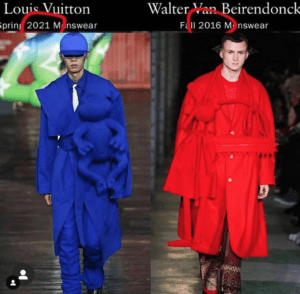 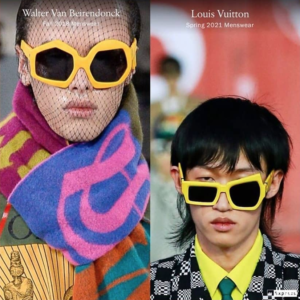 Some comparison images between WVB’s previous runways and LV 2021, created by WVB fans

As Van Beirendonck supporters are busy posting comparison images on social media and tagging both designers, Van Beirendonck blasts Abloh with a post of one of his sequin T shirt designs from his Fall 2020 collection with the statement “I HATE COPYCATS” stitched on the front. “It’s very clear that Virgil Abloh is not a designer,” Van Beirendonck tells Belgian publication Knack Weekend. “He has no language of his own, no vision. He can’t create something of his own season after season and that is painful. As for me, throughout all these years in fashion, I have patiently built up a signature language. That language is mine. It’s me. And he takes it, makes a copy of it. You can reinterpret things, do them in a different way. But this is just embarrassing.” Abloh is notoriously known for illegally stealing other designers’ works even before this happened. 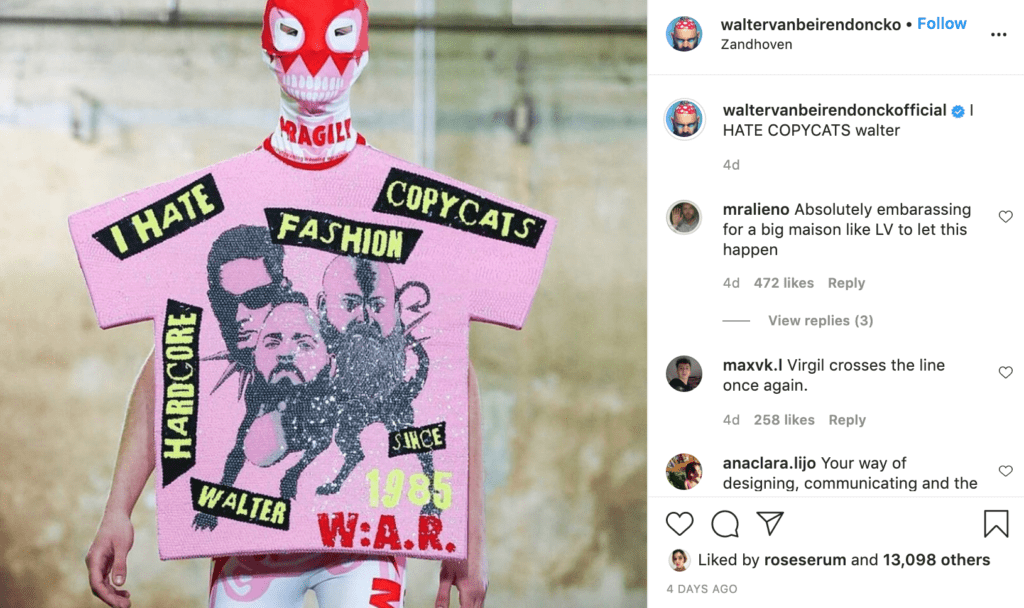 Meanwhile, there are still discussion on the validity of Van Beirendonck’s statement. Several students who took Van Beirendonck’s classes in Antwerp Fashion Academy claimed that Van Beirendonck frequently “borrows” ideas from his students without giving credit yet is always the first to yell out when he senses someone copying his work. A Louis Vuitton representative told Hypebeast that Abloh’s SS21 collection was inspired independently. Several of Van Beirendonck’s supporters have been tagging Diet Prada on Instagram for a while to expose Abloh’s rip off, which they have not yet responded to. There is currently no official statement released from Louis Vuitton or Abloh in regard to the incident either.