Anyone else a little bummed by the weather today after summeriest of summer days this past week? (such a tease right.) Don’t worry we won’t let this get us down, at TGR we’re always here to get you the the latest news on what’s happening in fashion. That said, I have the scoop on a collection drop that will be sure to open the gates to a flood of nostalgic waters. Uniqlo paired up with Nintendo (possibly the only gaming company that you know DW same here!) to commemorate it’s UT Grand Prix. What does that even mean…it’s simply their T-shirt design competition. Keep reading I’ll let them explain.

“UNIQLO will feature winning designs from the competition in its Spring/Summer 2017 UT Collection, which will be available in men’s, women’s, and kids’ lines from UNIQLO stores around the world and the UNIQLO.com online store.

UNIQLO has conducted its UT Grand Pix design competition since 2005 to foster creativity and talent around the world. The contest is open to anyone regardless of age, gender, or nationality.” Well thank you UNIQLO for being inclusive, speaking of inclusion their event had retro arcade games and pinball machines ALL set to FREEPLAY throughout the event. We were all courted by many small cups of Doritos, fruit & cheese skewers and Suntory (japanese whiskey) of which I will admit to having a few. They even had a multiplayer DS station where I personally lost super smash bro’s as Ms. Peach. The space looked as if we were in a video game, looking down from the second floor the shoppers seemed smaller and moved with a lightness like a character on a screen, the glass windows, LED lit staircase and display of nintendo’s iconic really did set the stage of being within a console. Kudos to the interior design team(I totally see what you did there) and to the chef who imagined up those Doritos, I felt the way you wanted someone to feel that evening (maybe the Suntory did that who knows but I’m doling out credit here.)

The collection itself was a smash of UNIQLO’s basics t-shirts with sometimes pixelated graphics of characters from some of the games. A Pikachu shirt drawn very minimally in silver on a black tee. I could go on but literally it was hella t-shirts some cool enough for non-gamers to vibe with and others you should probably just wear to bed. Everyone should go to UNIQLO on 5th and 53rd where the launch took place if not for the clothes (T-shirts) then for the dramatic nintendo inspired interior design and the possibility of scoring a game of pinball on the house. 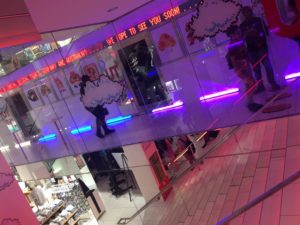 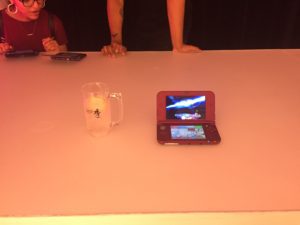 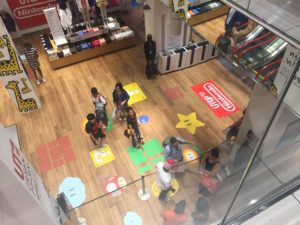 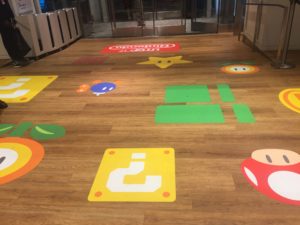 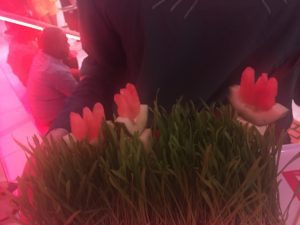 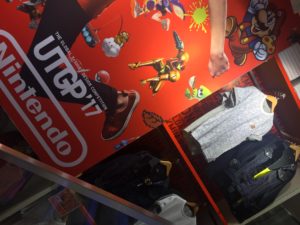 I realized that I needed to see these pieces on so I recruited a friend to model them for us..

P.s. The images are only as good as their (sober) photographer. 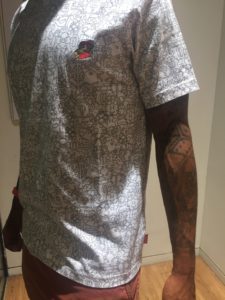 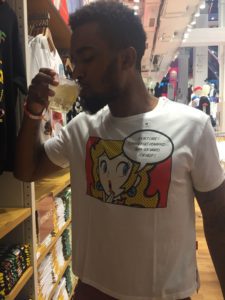 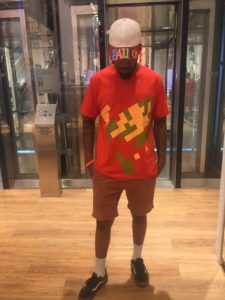 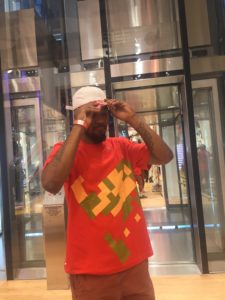 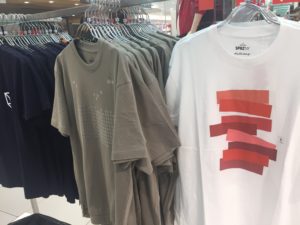 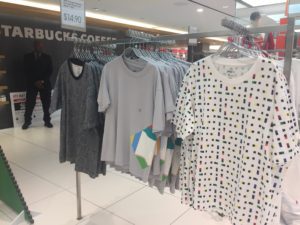