THE ART OF SMOCKING 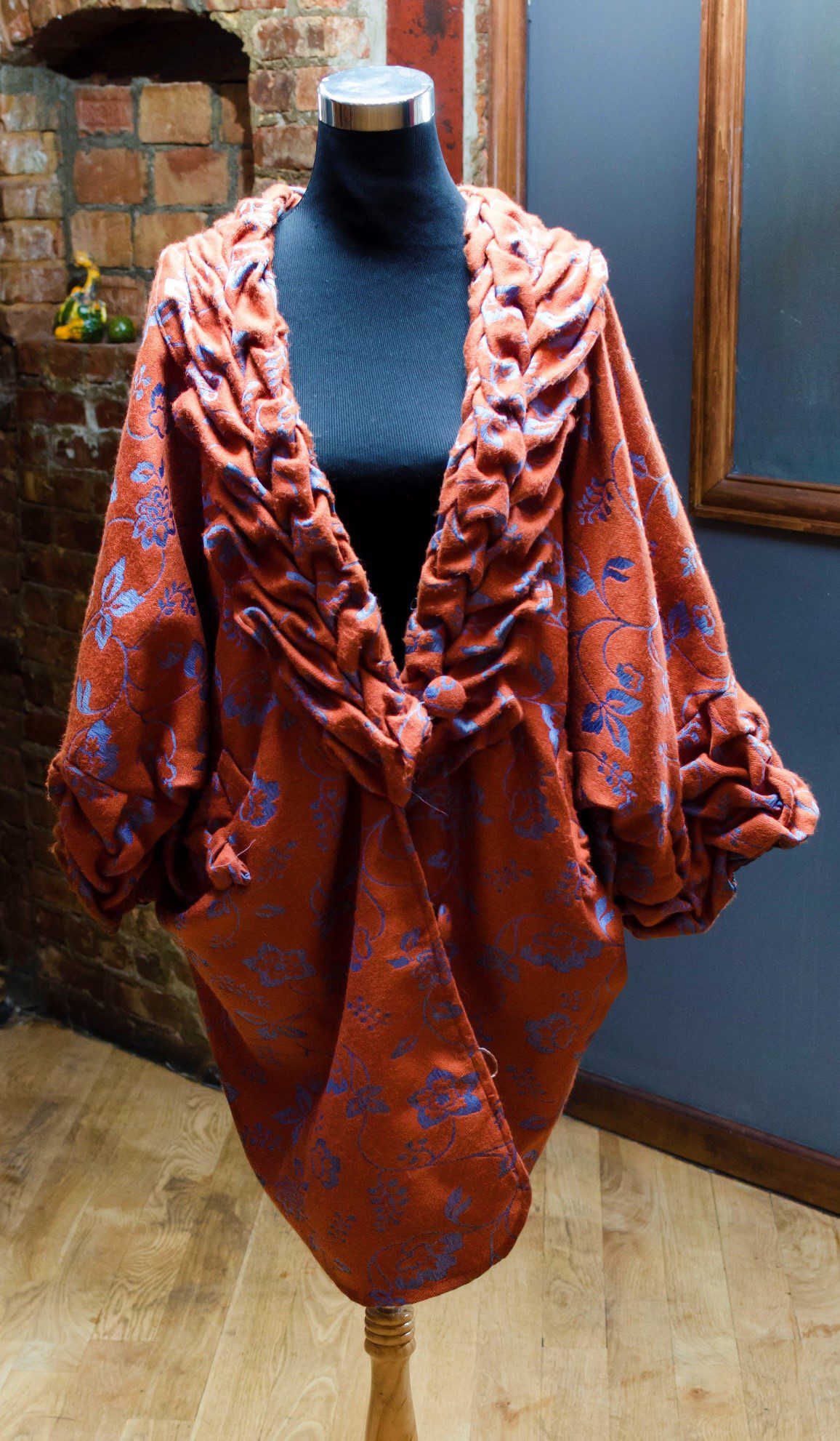 THE ART OF SMOCKING

Smocking is a very old embellishment technique. Considered to be an embroidery technique, it was used to gather fabric usually at the cuffs, bodices, and necklines in garments. When the garments were worn, the fabric would stretch and hold the shape of the garment or be a substitute for other fasteners.  It has been used for centuries to enhance clothing and give it depth. Most people associate smocking with dresses worn by little girls.  Often these dresses were decorated with a smocked border in another color. The smocking was characterized by a series of diamond shapes which often gathered the fabric and made a nice border or delineated the bodice from the rest of the dress.

Today, smocking has evolved from just being an embroidery technique to that of way of manipulating fabric into interesting shapes.   At its simplest level, it entails making a grid of the desired number of boxes and then tying off points at each end of the box to achieve the desired effect.  Here’s the process: Step 1. Make a grid on the back or front of the fabric.  In this case, I have chosen to interface the fabric and drawn a grid on the back side.

Step 2 is to tie off the grid lines.

In this case, I have used a Canadian smocking pattern which is a leaf pattern. Here is the result.

Once the smocking is completed, it can be used to embellish a garment. Here’s the cape without the embellishment.

And here it is with the smocked collar and cuffs, a beautiful cape.