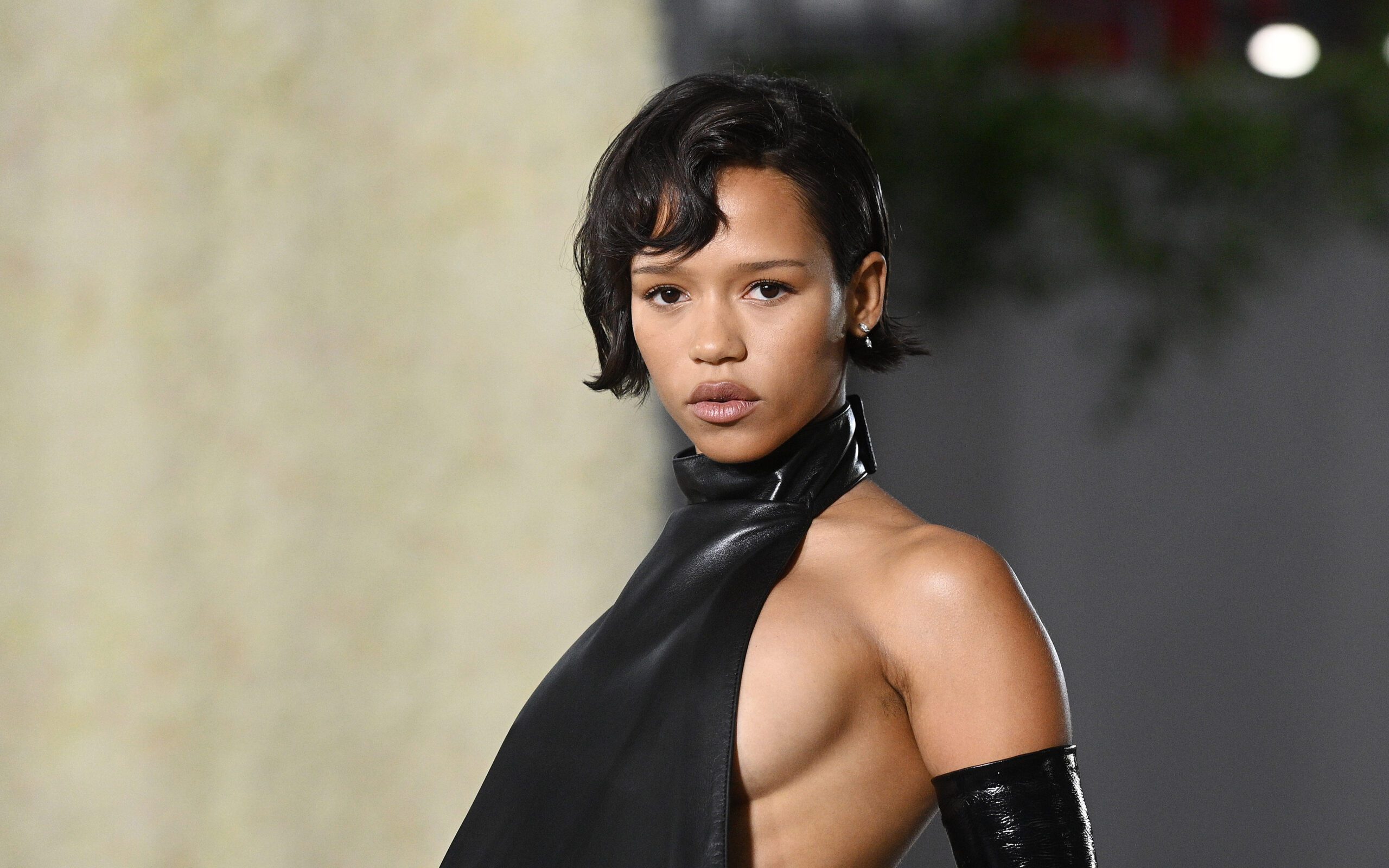 Taylor Russell, star of Bones and All, has emerged a favorite on the red carpet. Russell channels the likes of Zendaya and Elle Fanning, and chooses to wear daring looks that is not relegated to a simple ball gown.

The choice does not seem contrived despite it not appearing relatable fits Russell perfectly. In short, the outfit does not wear her, she wears the outfit. She understands that while one can be fashionable, style is more than wearing trendy or pretty clothes. Perhaps the effort is entirely her own or the work of a stylist helping to grow her brand. In any case, the result is partnerships with brands like Loewe and walking their runway.

Let’s take a look at some of her best moments so far.

For the London BFI Film Festival, she stepped out in Schiaparelli couture designed by Daniel Rosenberry. A champagne corset lined her waist while she opted for an embroidered cropped jacket and a knee length skirt. According to her, the jacket took more than 100 hours of workmanship and required five fittings.

Russell further cemented her ambassadorship with Loewe after wearing a dress from the Spring 2023 collection. The dress, ruched in the shoulders, covers her front body with a black bow in the middle. The bottom features a ruched miniskirt over with a semi sheer longer bottom half. Though simple, the dress showcases the pride of Loewe – expert craftsmanship and attention to detail. The standard black and white colors help the detailing stand out and prevent it from overwhelming the body.

A black Ralph Lauren gown during the 2022 Venice Film Festival was the simplest of Russell’s so far but is far from boring. A black bow attached at the back with layered fabric in the bodice prevent it from being a simple ballgown. But her hair, slicked back with a slight tuft curved to the front adds an edge that would have otherwise made the look boring.

Venice Premiere of “Bones and All”

During the premiere of “Bones and All” in Venice, Russell wore another couture ensemble, this time a green Balenciaga gown from the runway. The dress, strapless featured white opera length gloves and black tights. The outfit wonderfully plays with colors and leaves all three to stand out while complimenting one another.

Fashion, for the movie star, has been an essential piece of building a persona and financially or socially benefiting. Many opt out of playing the game and instead wish to let their films take the center stage. But using yourself for marketing purposes can be a benefit of withstanding an industry that constantly wants younger, fresher talent. That may not be Taylor Russell’s intention but considering the hype surrounding her in the real world and social media, it has been the impact.