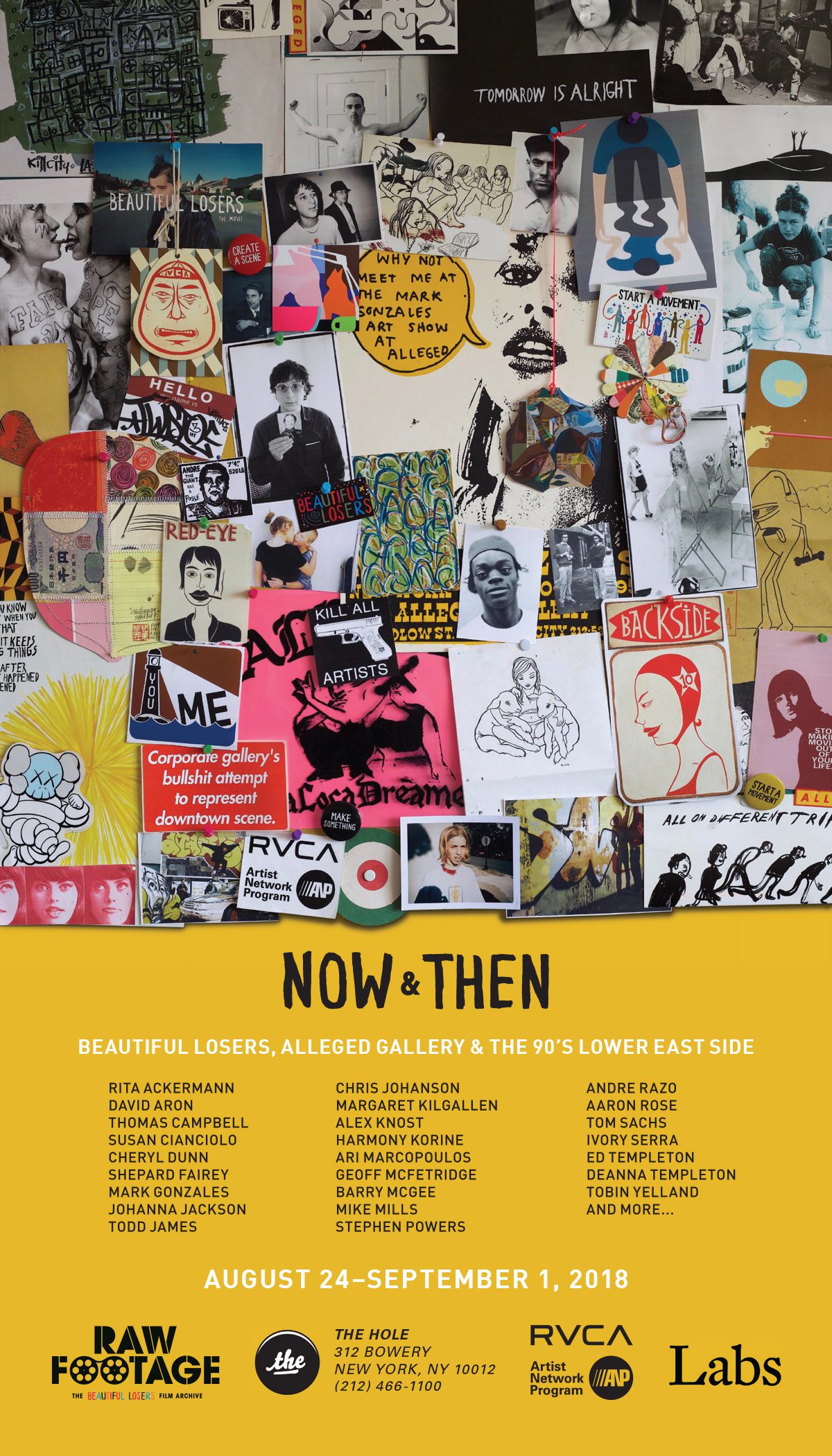 RVCA is pleased to announce an upcoming gallery exhibition, entitled “NOW & THEN: A DECADE OF BEAUTIFUL LOSERS,” will debut in New York City on August 24, 2018 at The Hole Gallery.

The “NOW & THEN: A DECADE OF BEAUTIFUL LOSERS” exhibition venerates the 10-year anniversary of the ‘Beautiful Losers’ documentary that made its US premiere on August 8, 2008 at the IFC center in New York. ‘Beautiful Losers,’ directed by Aaron Rose and Joshua Leonard, captured the characteristic spirit of a community of artists affiliated with the Alleged Gallery in Manhattan in the early 1990’s. ‘Beautiful Losers’ depicted a community of artists including Barry McGee, Ed Templeton, Mike Mills, Thomas Campbell, Jo Jackson, Shepard Fairey, Chris Johanson, and Margaret Kilgallen during the Alleged Gallery era.

In present-day, a community to which these artists belong still exists in the form of the RVCA Artist Network Program. This program encompasses RVCA’s ongoing effort to advocate, promote, and lend support to artistic talents who embody the nonconformist spirit found in of street, youth, and skate culture and subvert the traditional art world. As such, RVCA has tapped longtime members of the RVCA Artist Network Program to participate in group exhibition that celebrates the ethos of the ‘Beautiful Losers’ film, and the era it encapsulated.

In a continuation of the RVCA brand ethos of promotion and development of artistic talent, proceeds from the sale of collaborative merchandise from the gallery exhibition will benefit Redhook Labs, a public-benefit corporation located in Red Hook, Brooklyn and Downtown Los Angeles, which establishes arts education in public schools and community centers.

NOW & THEN: A DECADE OF BEAUTIFUL LOSERS, proudly presented by RVCA, will be on view to the public starting Friday, August 24th through Saturday, September 1st 2018 at The Hole Gallery, located at 312 Bowery, New York, New York, 10012. A private opening reception will be held the evening of Thursday, August 23, 2018.

The NOW & THEN: A DECADE OF BEAUTIFUL LOSERS collaborative capsule collection will be available on location at the gallery space as well as online at RVCA.COM starting Friday, August 24. Collaboration merchandise will include limited edition products in collaboration with ALLEGED, ED TEMPLETON, GEOFF MCFETRIDGE, TOBIN YELLAND, and more… 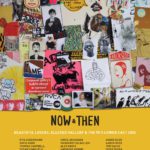