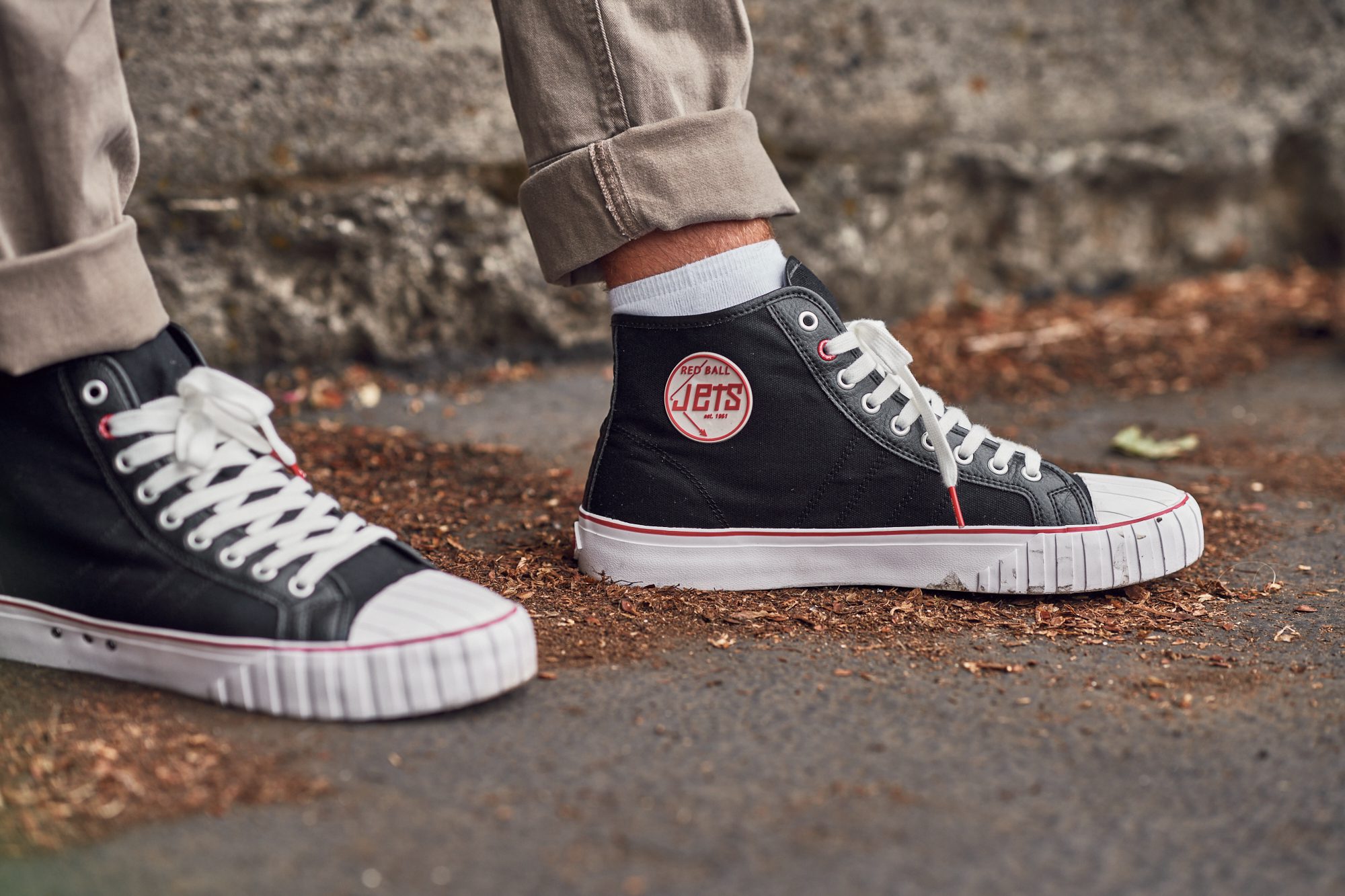 The quintessential “All-American” style came to fruition during the 1950s with the evolution of denim and the launch of vulcanized rubber sneakers. In 1951, Red Ball Jets hit shelves and quickly gained a cult following as a brand synonymous with sports and speed, its slogan simple – “The shoe with speed.” The shoes were easily identifiable due to the red ball logo printed on the heels of the sneakers and often worn as a symbol of pride (similar to the check mark on their successor, Nike Air Jordans).

It would only be 10 years later in 1961 that Fred Segal, dubbed the original “Curator of Cool”, opened his first store in Los Angeles. He pulled American Style westward in his curations, foretelling that people wanted to be comfortable and casual. Segal defined “the LA Look ” and sparked a revolutionary shift in style, changing retail and pop culture forever. His eye for fashion and casual brands gained him a fanbase filled with icons of the past such as Bob Dylan, Farah Fawcett and the Beatles alongside celebrity fans of today.

Now, in 2022 Red Ball Jets will finally return to shelves after 51 years, exclusively at Fred Segal’s iconic Sunset Blvd. location. The debut collection will include the full color run of the High Top 51s; Black, White, Olive, Red and Gray and will also be available on the store’s website, FredSegal.com.

Fred Segal and Red Ball Jets both carry the legacy of being at the forefront of and being instrumental at shaping what we know today as classic American Style. Fred Segal continues to set the tone in Los Angeles as an iconic retail location that knows exactly what their customers want while remaining fresh, exciting, and collaborative, while Red Ball Jets may have a classic retro outer design (like other brands of that era; Converse, Keds and PF Flyers) they stand on their own with a modernized approach to the their inner design with an ultra soft insole and antimicrobial treatment. It only took 51 years for this perfect pairing to happen, a seamless partnership between two iconic brands. One, a continued legacy, and one freshly out of its vault ready ready to be worn with pride once again.