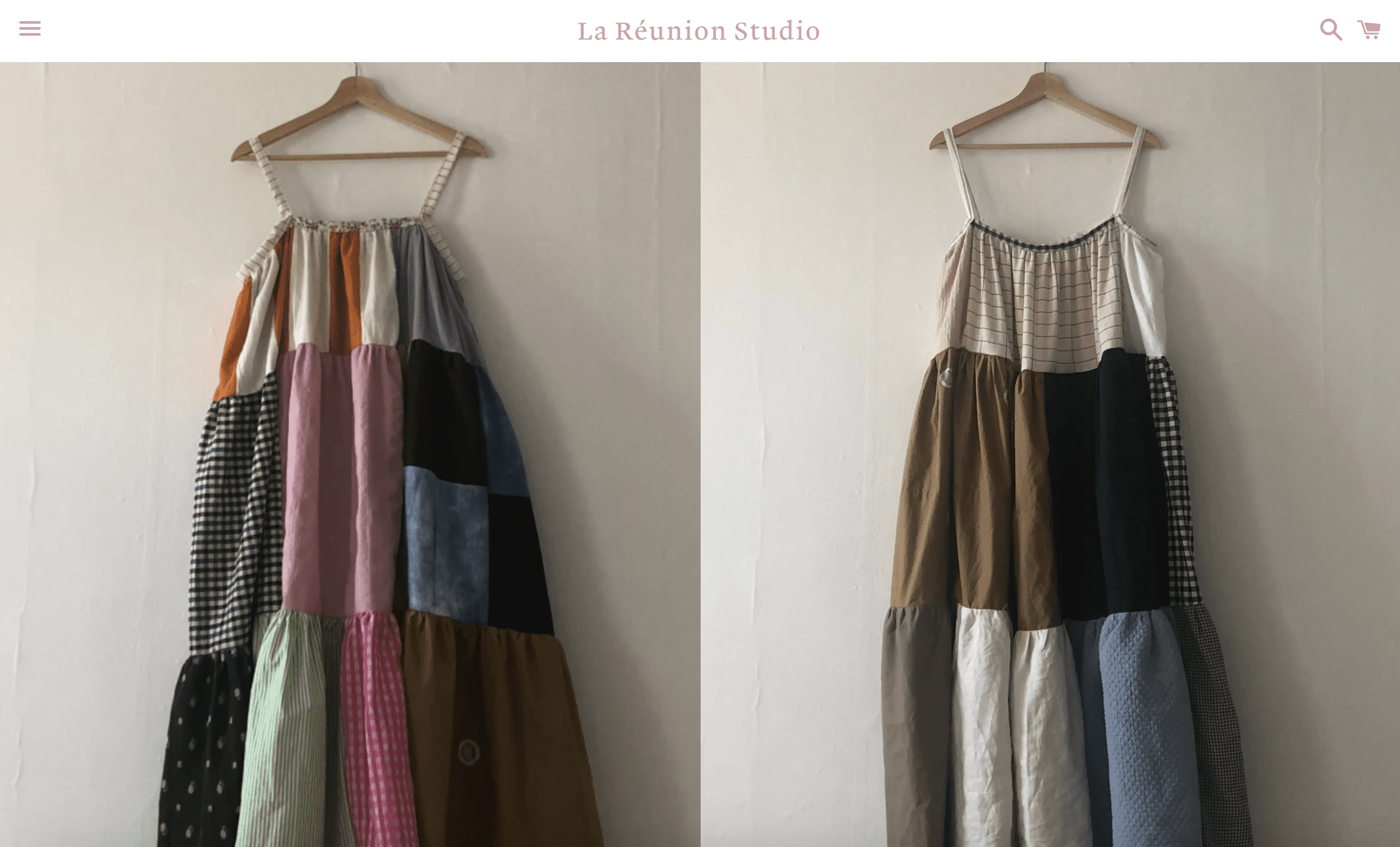 Reclamation has many different meanings. For first-generation Nigerian American designer Sarah Nsikak, the word is about fashion. Nsikak, who founded her brand La Réunion just last year, has started out with a capsule collection of made-to-order patchwork dresses.

The women of Namibia’s Herero tribe, well-versed in the art of reclamation, were Nsikak’s inspiration for the collection. Between 1904 and 1908, colonial wars raged between the Herero people and the German Empire, and, at that time, patchwork was a style worn by the Germans. After surviving these wars, Herero women adapted this dress style, reclaiming their oppressors’ fashion and recreating it as a sign of rebellion. Nsikak tells Vogue that “for me, their dresses have always been a sign of unbelievable resilience and perseverance. These are traits that we, Black people, have always anchored ourselves in. To make emphatically beautiful something that was initially a symbol of pain and suffering is an act of rebellion, and it’s a sign of immense strength.” 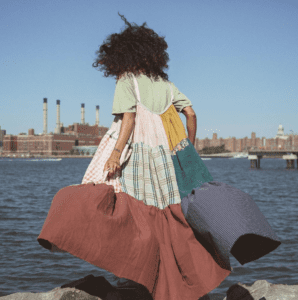 Nsikak did not always want to be a designer, though. She lived her whole life in Oklahoma, and while her grandmother, once a seamstress in the family’s Nigerian village, taught her to sew when she was a child, Nsikak did not initially pursue fashion. She studied psychology, intending to practice art therapy. After earning her master’s in 2014, though, Nsikak began designing her own clothes. These were sustainable garments, created using textile waste and upcycled vintage pieces. Realizing her interest in fashion and sustainability, Nsikak moved to New York in 2017 to work for a fashion label that claimed sustainability and Made in Africa production. However, the label let her down. “It was all smoke and mirrors,” Nsikak says, and she experienced gaslighting and racial discrimination while working there. Instead of continue at a company that did not have her values, the designer says “from then on, it was important for me to take everyone off of pedestals and reimagine things from a new perspective.” 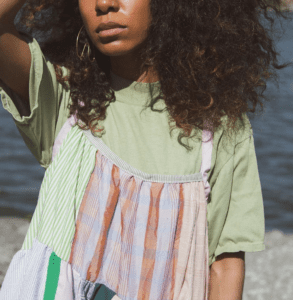 With La Réunion, named for an island off of Madagascar, Nsikak hopes to educate and inspire others about African culture. Since she works by commission, each dress has a story in a much more direct way than most label’s pieces do, and Nsikak hopes that the people who wear them internalize the Herero women’s story as well as the other narratives Nsikak folds into them. It is especially important to the designer that African culture gets that recognition and appreciation is deserves. When she was growing up, she “never heard the stories of African people in school,” and she notes that “African stories have been stolen by mainstream culture and exploited.” Like the Herero women who inspire her, Nsikak, along with many other African and African American artists, is reclaiming those stories. She says that her parents’ stories “and all African stories, anchor me in who I am and where I come from. I hope to use my art to continue a storytelling narrative that brings a sense of connection and celebration to Africa and its vast richness.”