As the NBA season is set to resume on July 30th, we realize that it’s been over 4 months since fans have seen NBA players on TV. Since it will take time for fans to get used to seeing basketball again, we thought we would help by reminding fans of the most iconic outfits worn by current NBA stars. 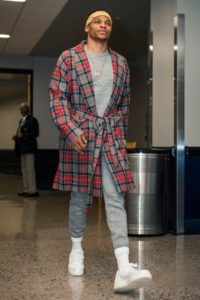 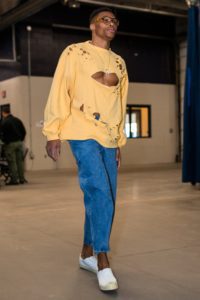 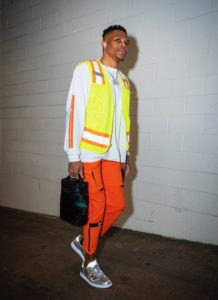 We would be remiss if we didn’t start with Russell Westbrook’s outfits. As explosive as he is on the court, his fashion sense is equally dynamic off of it. If switching from a plaid robe to a torn shirt to a safety vest isn’t versatility, I’m not sure what is. However, fans shouldn’t be fooled by the safety vest because once he’s on the court, he has little regard for your well being. 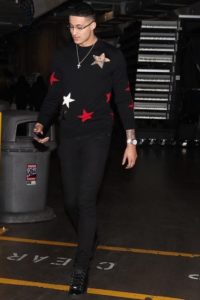 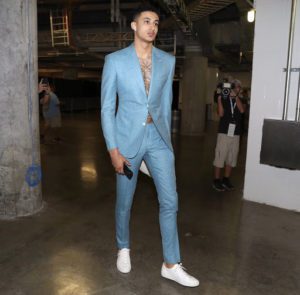 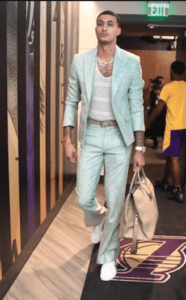 A close runner-up in most experimental fashion would have to be Los Angeles Laker Kyle Kuzma. Kuzma has clearly made a concerted effort to try different types of outfits off the court. Like Westbrook, he’s not afraid to show some skin. 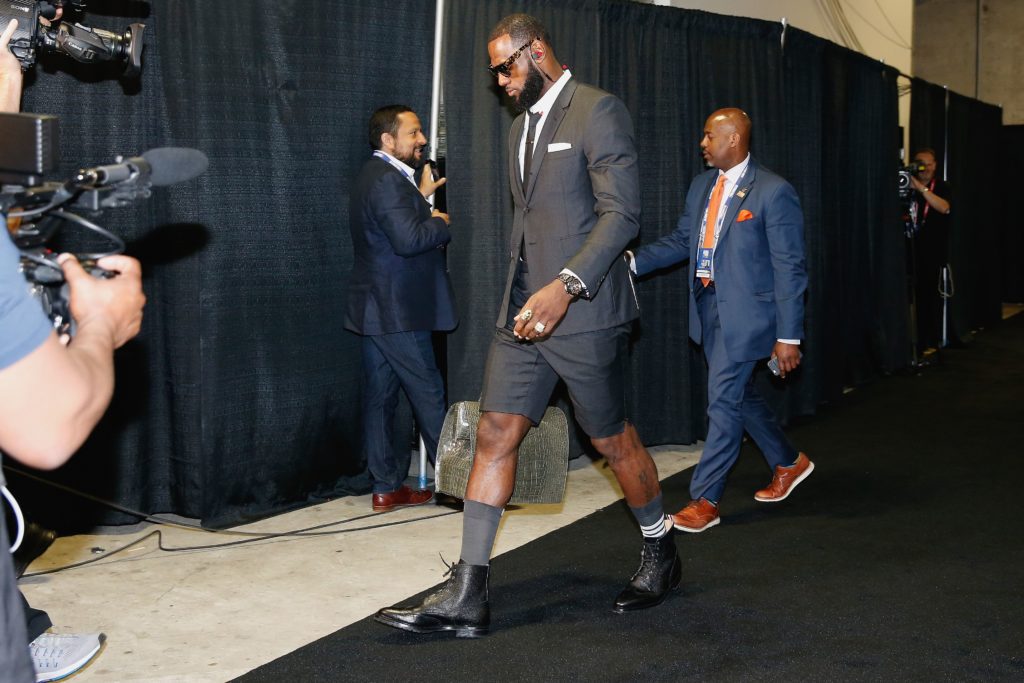 How can you write an NBA article without mentioning the King? Given that Lebron James usually dresses in classy and modern clothes, it definitely came as a surprise when he made a minor adjustment to a traditionally formal outfit. Here, Lebron turned his suit pants into shorts, and they rocked the internet. Unsurprisingly, this inspired other NBA guys to do the same. 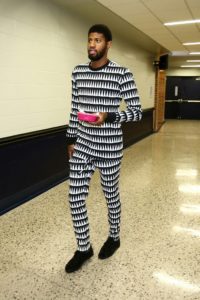 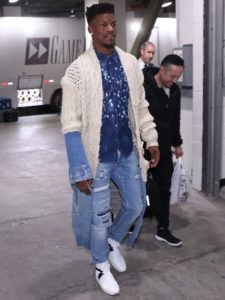 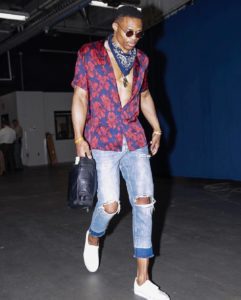 While there have been many other unique NBA outfits, here are a few honorable mentions from Paul George, Jimmy Butler, and Russell Westbrook, again.