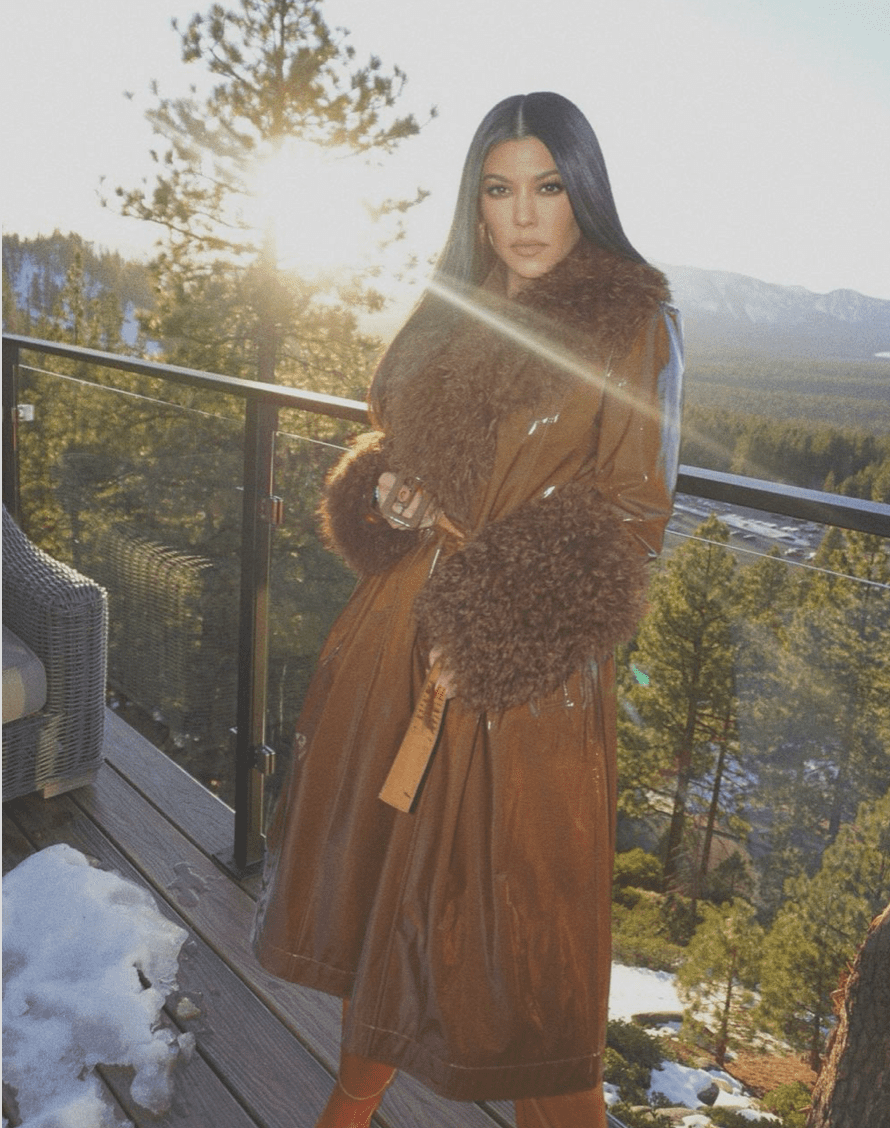 The chilly months of fall and winter breeds a friendly invite for layered streetwear fashion to mark its reign. The increase in layers have extended the opportunity for the beloved 1960s monochrome fashion trend to creep its way back into style. Monochrome fashion involves unifying your outfit under one color, and has evolved overtime since it made its debut during the cultural decade. 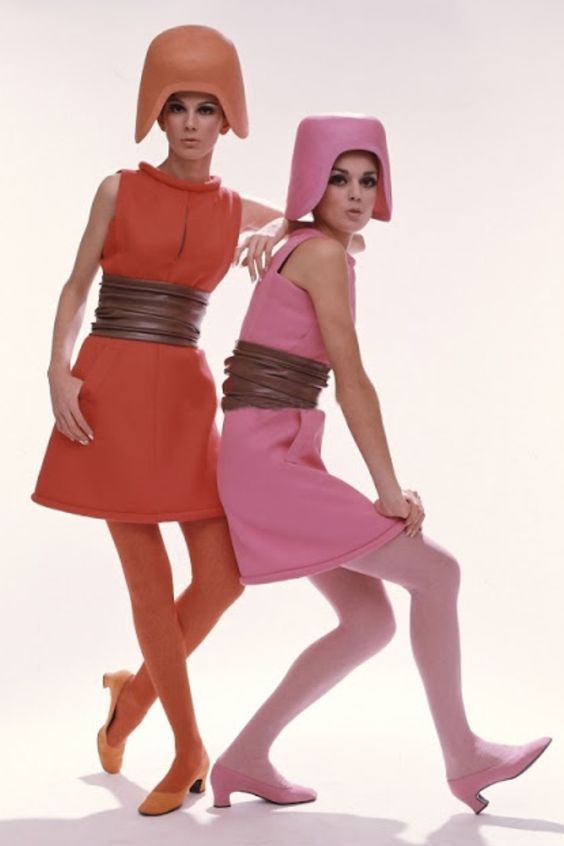 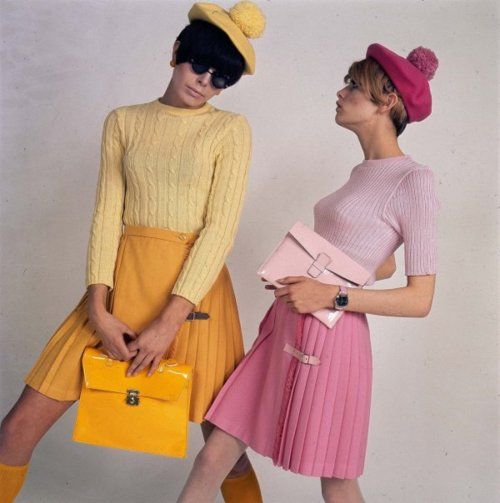 In the electric 1960s, British mod fashion started to increase it’s influence in the U.S. in both  womenswear and menswear. The trend had a stronger impact on women’s fashion where it consisted of A-line dresses, tights, mini skirts, flat shoes, knee-high boots etc. Often mod fashion involved following a monochromatic color scheme to contribute to an elegant and sophisticated look. Women would assign each layer of clothing starting from the hat all the way down to the shoes to one color. The color scheme during this time emphasized grace and simplicity where it consisted of muted colors such as classic black and white and a variety of soft pastels. There was also a surge of monochrome geometric prints in fashion such as stripes and checkerboard. The goal was to be silently striking while maintaining a minimalist theme. 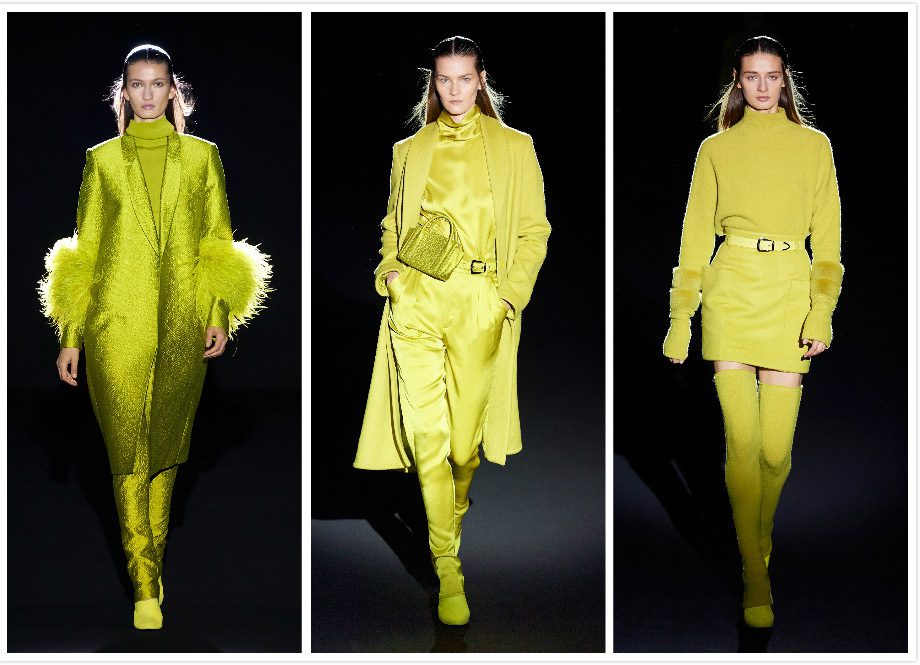 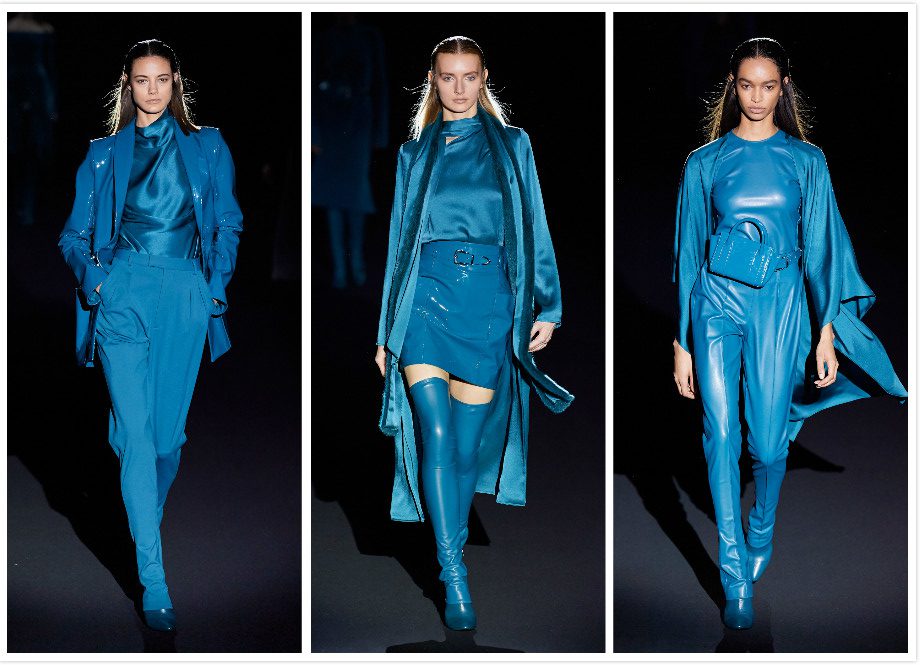 The monochrome trend has progressed to extend beyond mod fashion, and has grown to create more striking looks. Today, the color scheme of monochrome fashion has grown to contain more loud and vibrant colors in womenswear. For example, Sally LaPointe’s NYFW 2020 Fall/Winter monochrome collection consisted of vivid neon colors such as green, purple, blue and red. 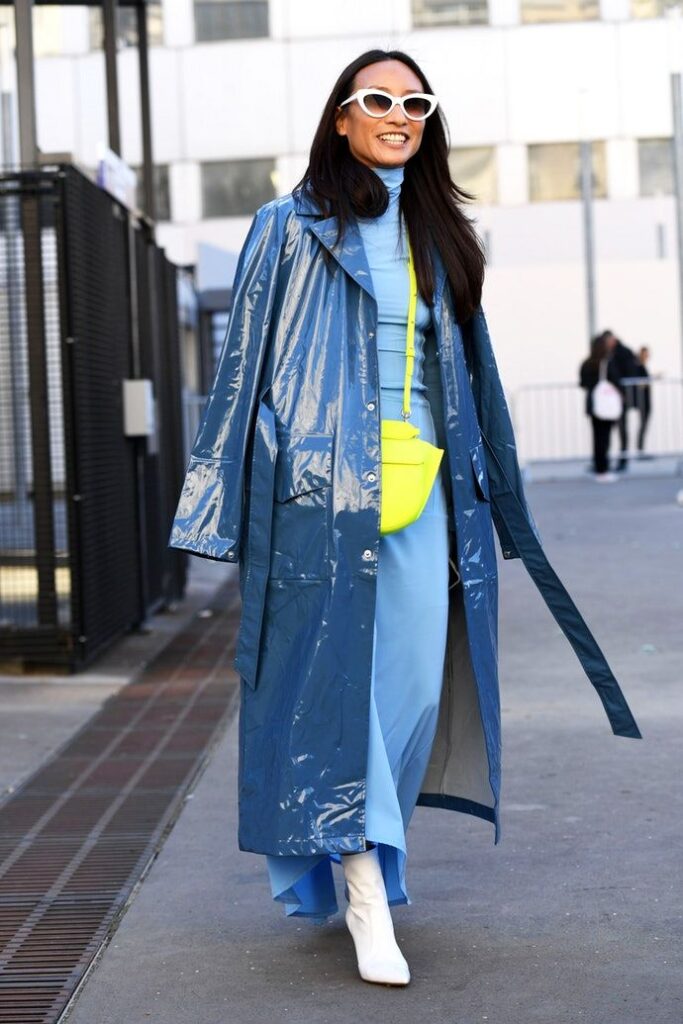 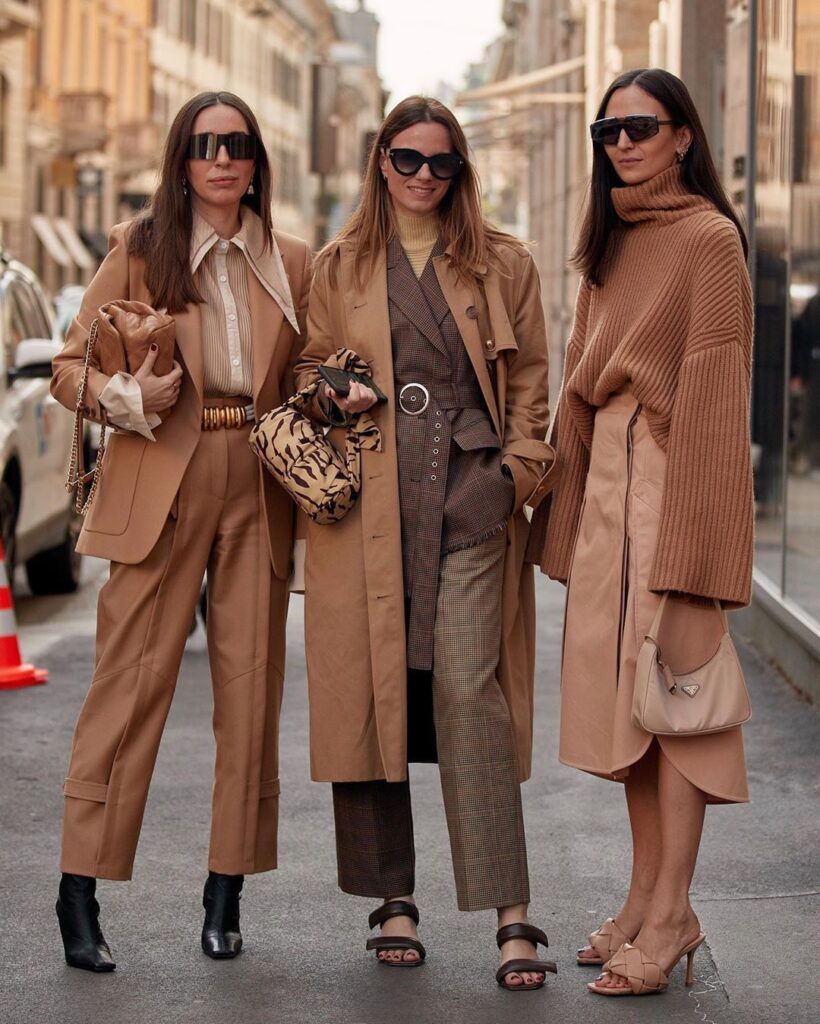 Also, looks today that follow monochromatic color schemes are more associated with fall/winter fashion which contains more heavier and layered pieces such a coats, sweaters, long skirts, pants and more. What also makes the trend more unique is that fashion designers have started to play with pairing pieces in different shades of the same color which still follows the monochrome color scheme, but gives it more of an attitude. Designers have also experimented with adding a pop of color into a single element of a mainly monochrome outfit which adds a sharpness to the look. Monochrome is also associated with more androgynous and sophisticated looks in today’s womenswear which contains a mix of blazers and tailored pants as opposed to the feminine pieces such as skirts and dresses that were more prominent in the 60s. 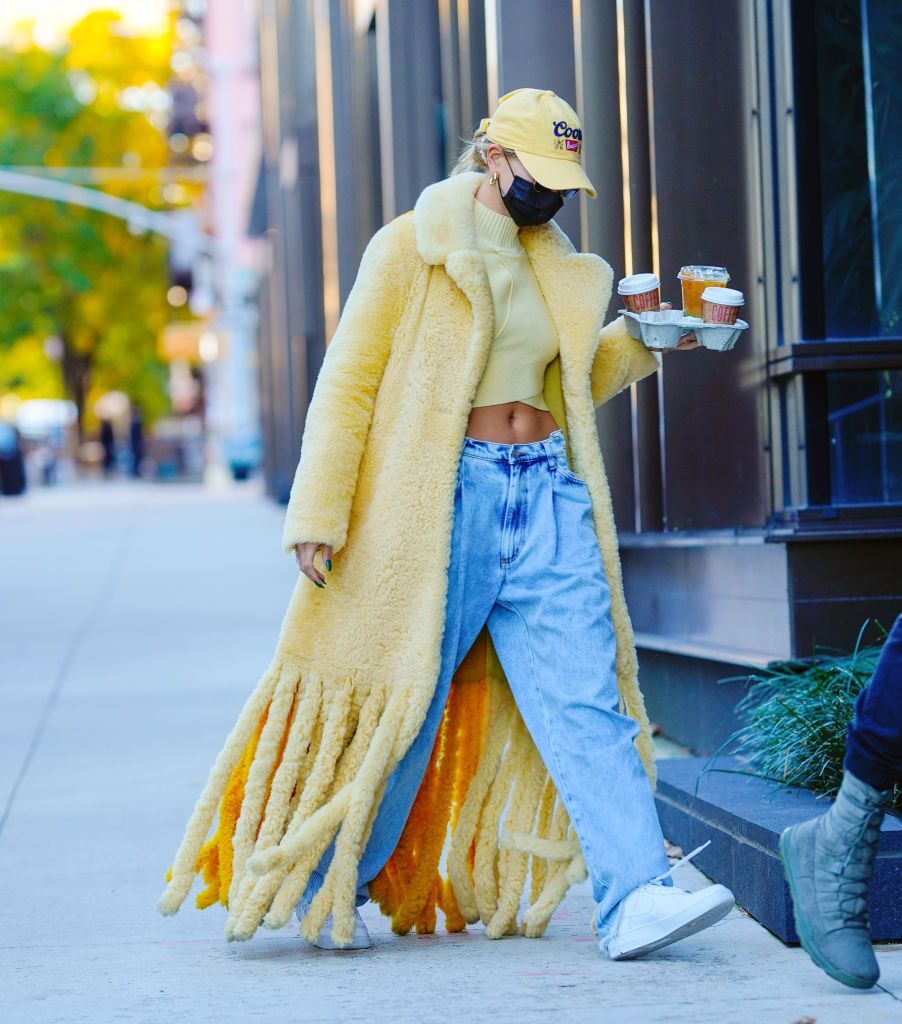 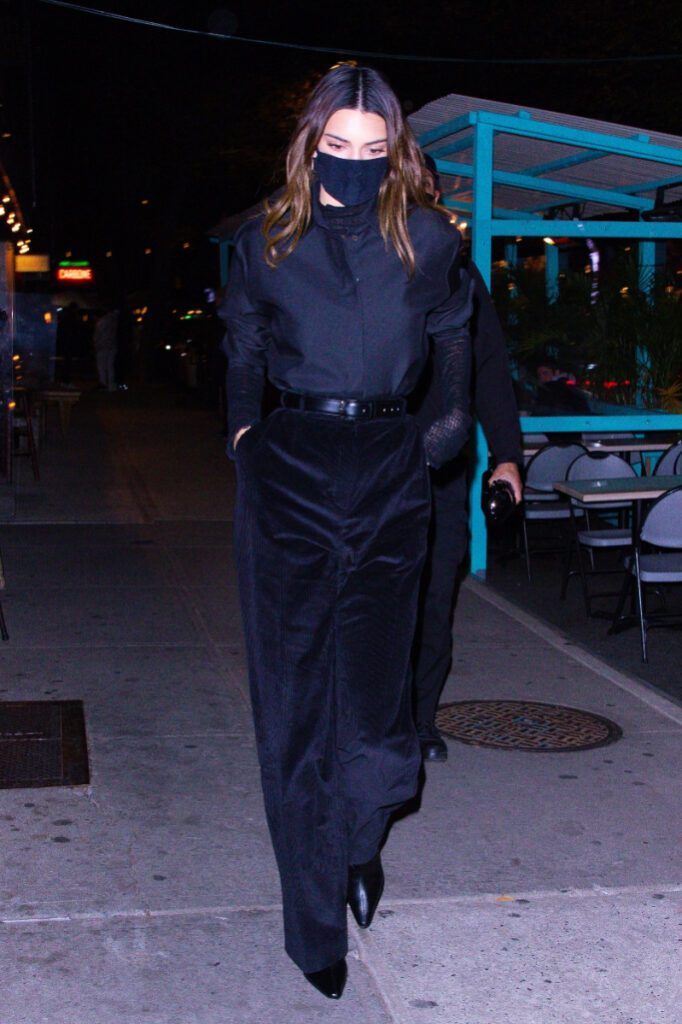 Monochrome fashion will always remain a classic in womenswear that generates a sense of refined flashiness. This neat trend is always advancing, and seems like it plans on establishing its rule in fashion for the rest of the season.