I’m pretty sure that most people’s first impressions of the fashion industry came from The Devil Wears Prada. Although the movie is about fashion, there are still many dramatical elements which over exaggerated the industry. If you want to learn all about the fashion industry, I suggest you watch Made in Italy, a 2019 TV series starring Gretta Ferro. 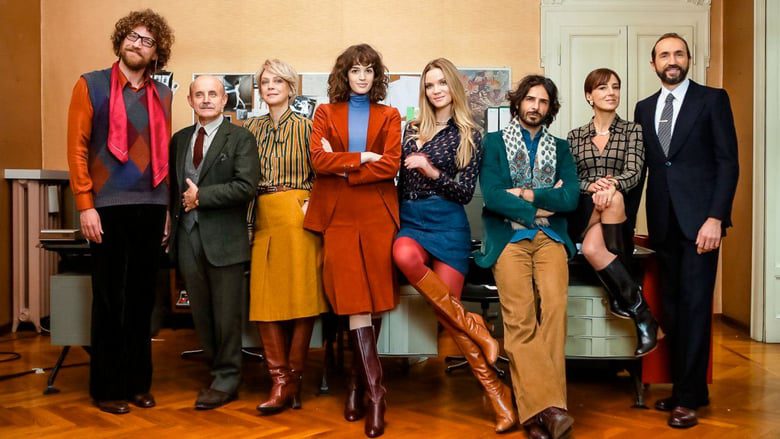 Made in Italy takes place in Milan, 1975. Irene, daughter of an immigrant family in southern Italy, applies for a job at Appeal magazine in order to support herself in college. From that moment on, her life changes following the rise of Italian fashion designers of that decade. The show focuses on Irene’s professional career as well as her private life, at the same time reflects the development of Milan’s fashion industry with the appearance of new ready to wear fashion houses and the rapid changes in society and politics in 1970s Italy. Here’s why this show is worth watching:

If there’s a word to describe this show, it would be “detail-oriented”. Sciascia Gambaccini, former director of Vogue Italia was the styling consultant of Made in Italy. She brought the 1970s Italian fashion back to life and presented vividly to the audience: bright, classical hippie inspired clothing worn by the younger generation while formal suits and ties in darker colors shapes the elegance and temperament of older Italian men. Although there is not a single Prada styled on the chief editor Rita Pasini (starring Margherita Buy), her simplistic outfits effortlessly compliment her personality as chief editor that it’s hard to ignore her. 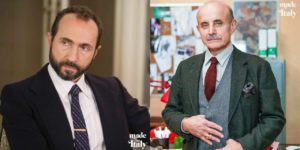 Casts, Made in Italy

But what’s amazing about the costumes is that 70%-80% of them are the exact vintage designer garments sourced from all over the world instead of replica. For example, in the two-minute scene of the Krizia fashion show, all costumes are vintage sourced from Japan. Aside from the costume design, all the interior scenes that appeared in the show were staged precisely according to 1970s interior design aesthetics. 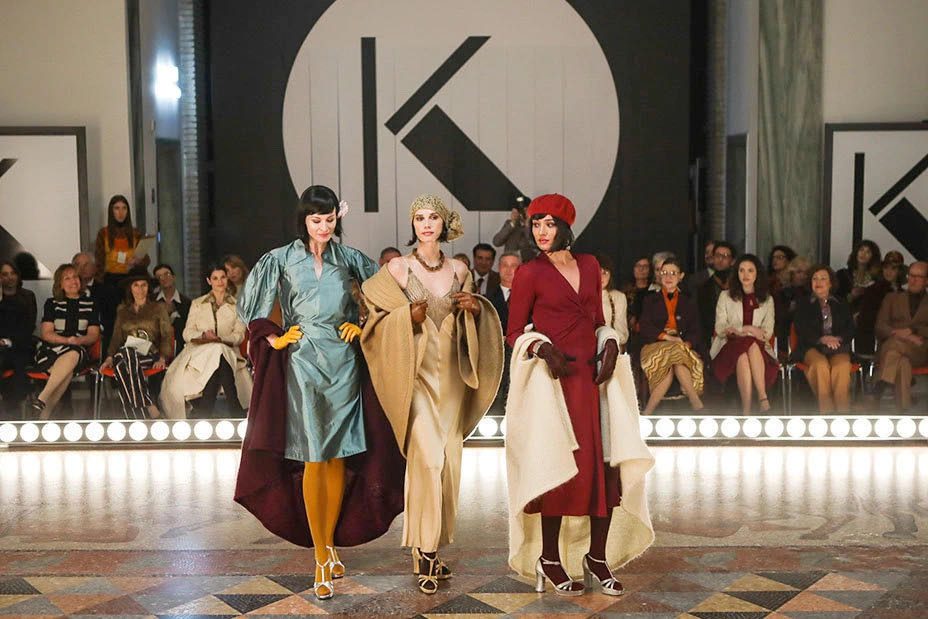 There are a lot of office themed productions about how an intern climbs up to a position of prestige in the company. However, in Made in Italy, audience can walk into famous Italian designers’ world to learn about their inspiration sources and roots of creations with Irene.

In the first episode, Walter Albini, father of prêt-à-porter fashion, opens up Irene’s eyes to the new world of fashion. Later on, Irene carries out her 1st interview with  Giorgio Armani and his first womenswear line. Audience witness a highlight in modern fashion history: Armani designs elegant but comfortably fitting suits for office ladies, liberating them from rigid fabrics and stiff shoulder-pads for the first time. This scene also reflects to the Feminist movement in 1970s Italy: Italian women were protesting for equal rights on the streets while designers like Armani were building the image of powerful, self-assured women with needle and thread.

Interview with Giorgio Armani, Made in Italy

Aside from the interview scenes with designers, every time an influential designer is going to be introduced, the show will always insert a segment of documentary footage of the designer’s life story and the history of the brand. This makes Made in Italy more than a fashion related production: it also functions as a documentary of Italian prêt-à-porter fashion history. 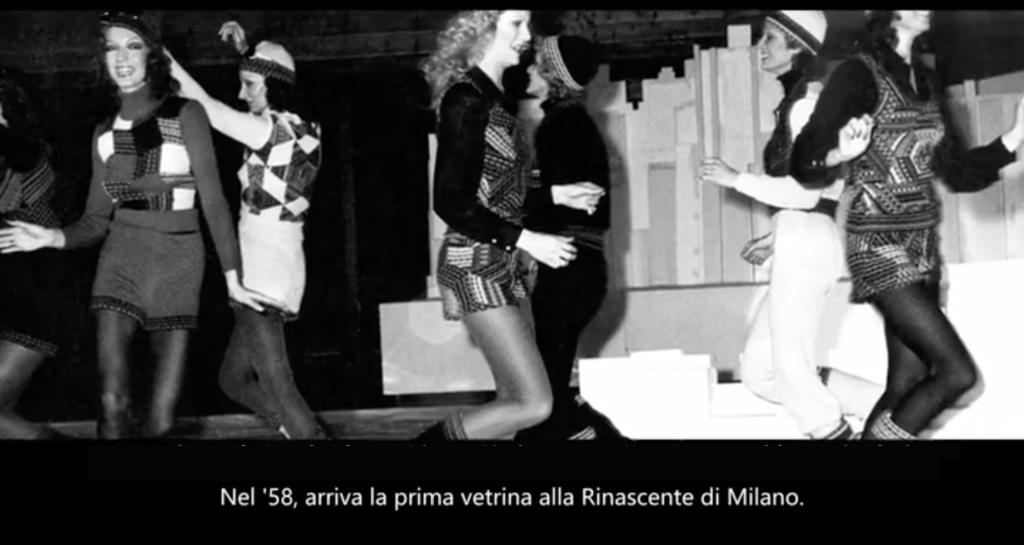 Segment documentary of Ottavio Missoni and Rosita Jelmini, Made in Italy

True to the Real Life

Made in Italy was referred to “Italian version of The Devil Wears Prada” when it first came out, but I’d say the two productions are very different. Unlike Andy in The Devil Wears Prada, Irene had a clear vision of what she wants to achieve since the very beginning. She is a representation of the modern woman who is smart, hardworking and independent. Made in Italy shows audience that the fashion industry isn’t as glorious nor as mean as it sounds. Chief editor Rita doesn’t boss her workers around like Miranda. Instead of using Irene as a personal assistant to fetch coffee, Rita is like a mentor. She teaches Irene all she needs to know in the fashion industry and takes her seriously as a future candidate in charge of Appeal magazine. 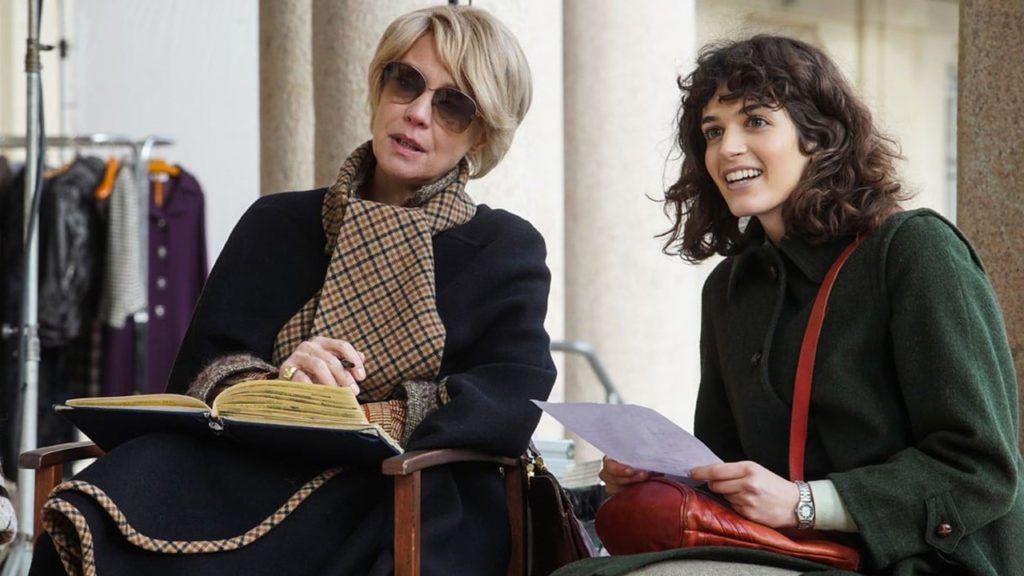 Rita and Irene, Made in Italy

Made in Italy also proves that in a fashion company, colleagues are not all mean people who only care about themselves, they can assist you with projects, hangout with you or even become friends. In an actual fashion company, no one is considered inferior to another, but you will need to work very hard and seize opportunities in order to succeed. This is exactly the philosophy behind Made in Italy. 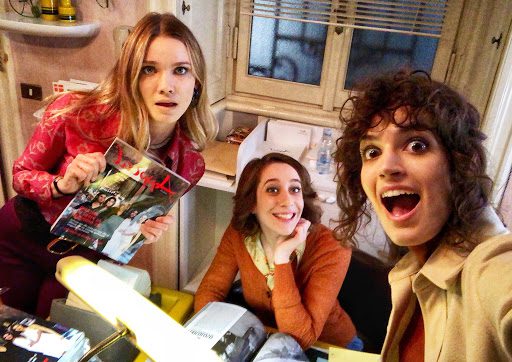 Casts, Made in Italy