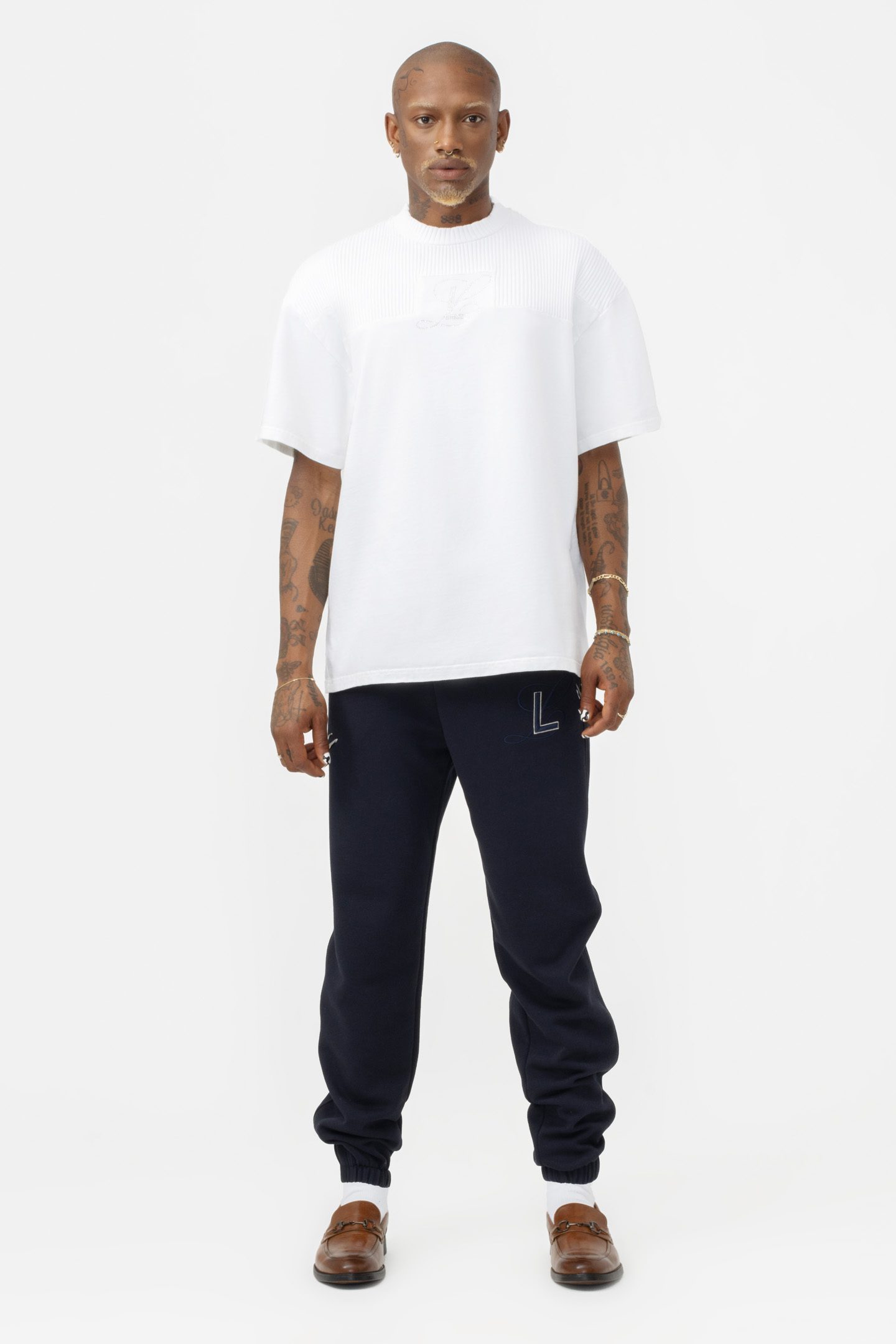 Luar just debuted Luar BASICO –– the basics for the not basic. Raul Lopez, the brand’s founder, is redefining basic entirely by going back to basics himself and paying tribute to the foundations of where LUAR started: his grandmother’s home in the Dominican Republic.
A series of images, shot and styled by Raul himself, brings you to the town of Santiago, Lopez’ grandmother’s house, a landmark of love amidst a sea of vibrant colors –– electric blue doors, pale yellow storefronts, and pistachio green homes –– that mirrored the manifest beauty of the palm trees and the luster of the ocean under an unrelenting sun.

In these images are the Buggati’s (a new school term for Buggarrones, Dominican slang for “pay-for-play studs”), who lingered on street corners finding cover in daytime shadows, not a drop of sweat beading over their brows. There’s a saying that “the key to success and looking fresh was simply a good t-shirt and sweatsuit.” This sentiment is something that Raul has kept with him as it reflects the notion that style doesn’t have to be too complicated. You can keep it real by dressing in basics, just so long as you wear the basics and the basics don’t wear you.

Raul shot and styled the Buggati’s in his basics in the place that he loves most. Showcasing a coinciding of worlds and ideals through an unfiltered lens, the range of hoodies, sweatpants, sweatshirts, and t-shirts shown in hues like oat, lavender, and navy give a glimpse into this new foundational line for Luar. Price points range from $178- $377 and are now available at luar.world.