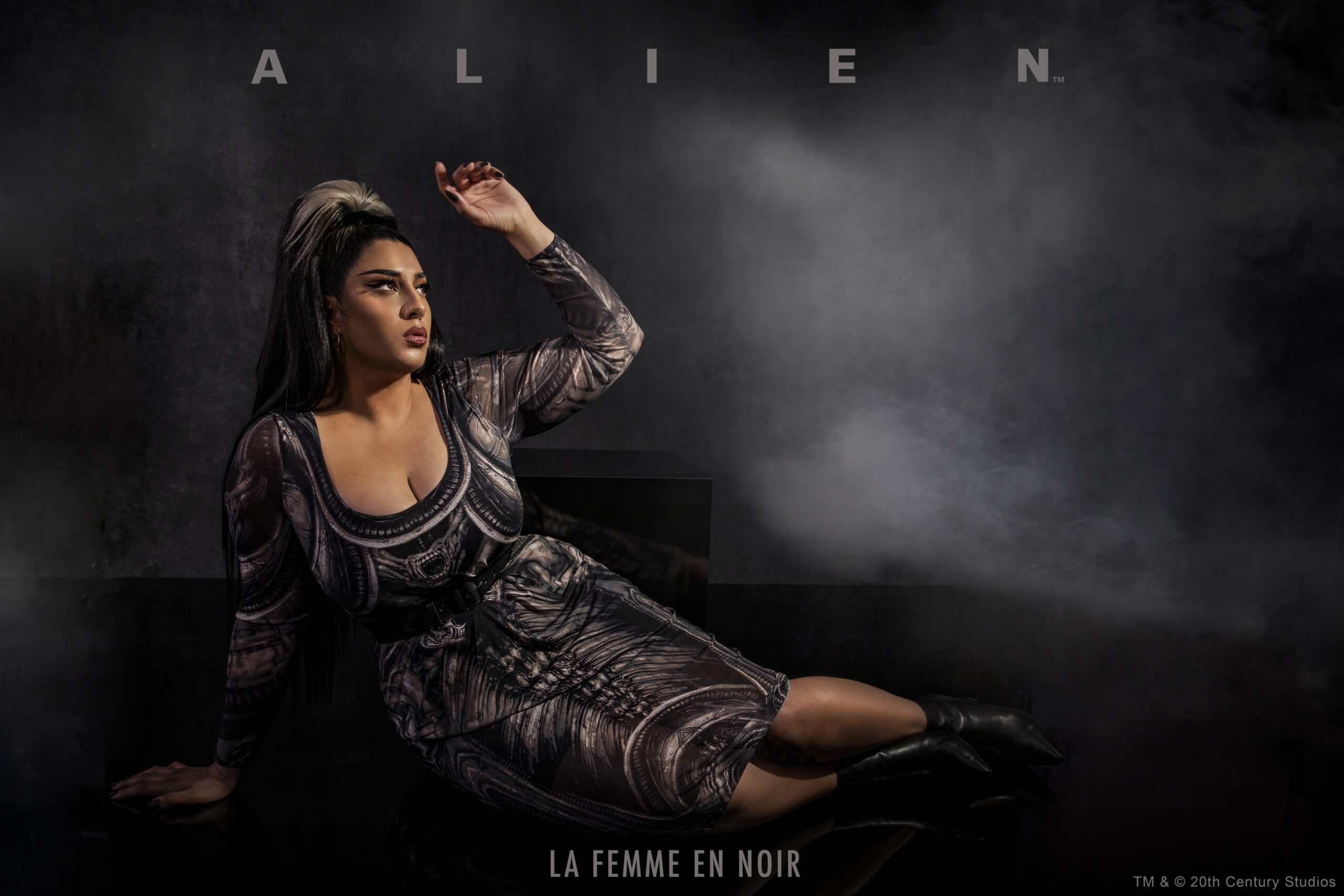 by Giulia Baldini
0 comments
This Spring, La Femme en Noir launched a collection of clothing and accessories dedicated to fierce and bold women fans of the character of Ripley from the movie ALIEN, one of the most iconic figures in sci-fi movies.
Micheline Pitt founded La Femme en Noir with her close friend, Lynh Haaga, expanding the luxury gothic market in the Fall of 2016. Ms. Haaga, the Co-Owner, Founder, and Designer for all collections at La Femme en Noir, is also the SVP of Development for Accessories & International Productions for Vixen by Micheline Pitt. 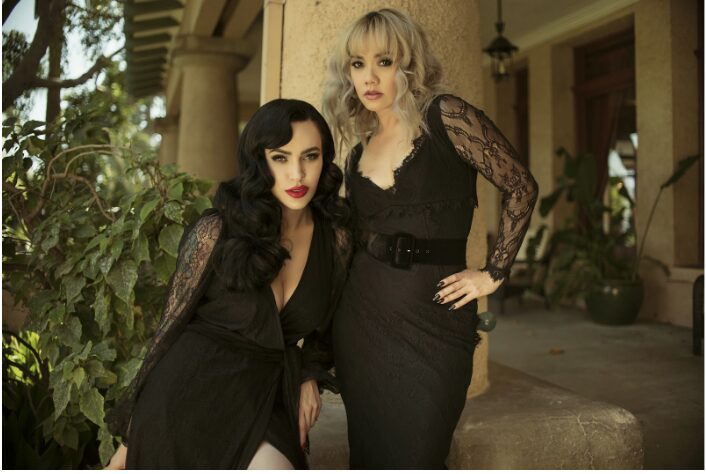 The collection is an ode to the film ALIEN by Ridley Scott (1979). The movie was in fact a great piece very much enjoyed by Micheline, who grew up watching horror and sci-fi movies with her grandfather. This familiar connection is channeled in her art and wants to be proof of the many “unusual” likes and dislikes of a woman. 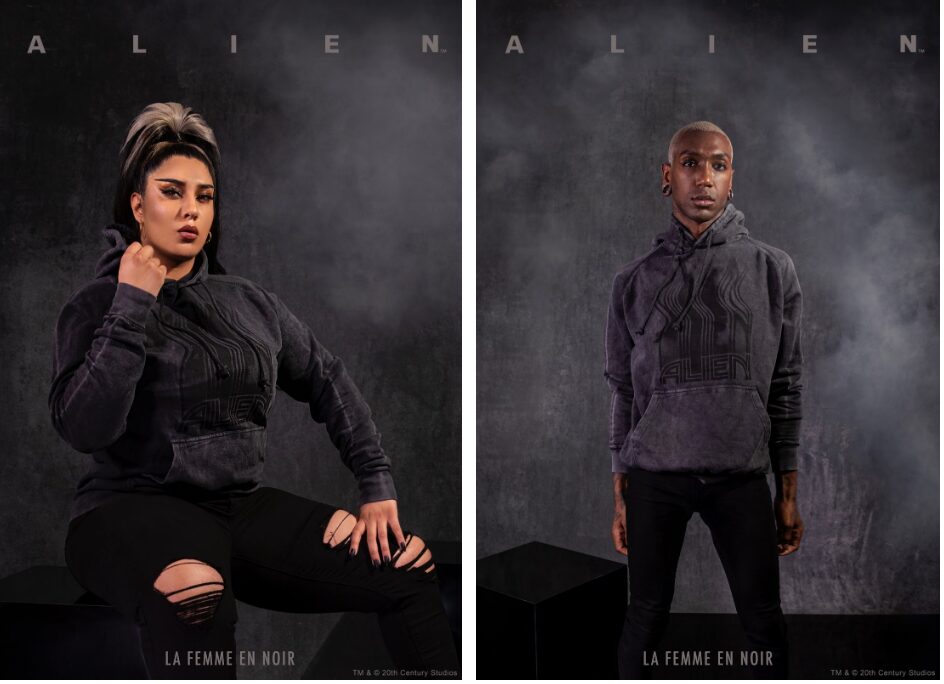 Micheline reflects on her collection with these words: “I was always so enamored by the set design and creatures in ALIEN. There is something truly sophisticated about the world of this film. The attention to detail is something that has become iconic in all of Ridley Scott’s filmmaking. As a female fan, I rarely had any merchandise to wear to celebrate my fandom of this film, so with this collection, we wanted to honor that incredibly detailed design of the Xenomorph itself while creating a line that catered to a multitude of fans, not just female fans, but all gendered fans of this incredible franchise.” 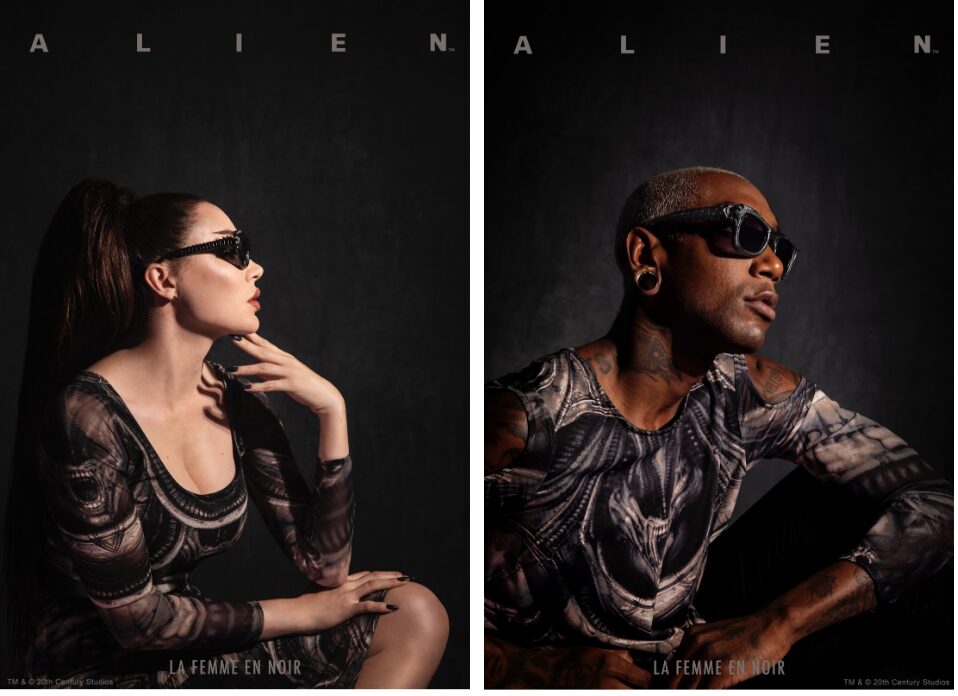 Lynh Haaga shares similar beliefs on this project, speaking much more on the designing and stylistic perspective. “The character’s strength and fortitude throughout the series was an inspiration for us as young movie viewers and continues to be so as the designers of this collection. The ALIEN franchise was a new and exciting take on sci-fi, horror, and cinema in general. We wanted to follow suit by offering the kinds of clothes and accessories that married the two genres together the same way the film did so perfectly. We are thrilled and excited to be a part of this innovative and classic series.”