Kim Shui showcased her Spring/Summer 2022 Ready-To-Wear collection at The Gallery at Spring Studios consisting of 39 looks. The sense of upheaval synonymous with 2020 has altered society’s collective consciousness, bringing diversity, community and inclusivity into the fold of brand narratives and quotidian thought patterns alike. Yet performativity lingers in authenticity’s shadow, manifesting as tokenism and woke-washing especially in regards to the Asian-American community which has found itself near the apex of many of these narratives. Opting for her show to feature a majority Asian cast of models for what would be the second time (the first time was for her AW ‘18 Collection), Kim Shui felt that the need to represent, in full, the diversity within the Asian community so that it could be celebrated. Whether the models are full, half, or just a touch of Asian, this full spectrum is represented here. 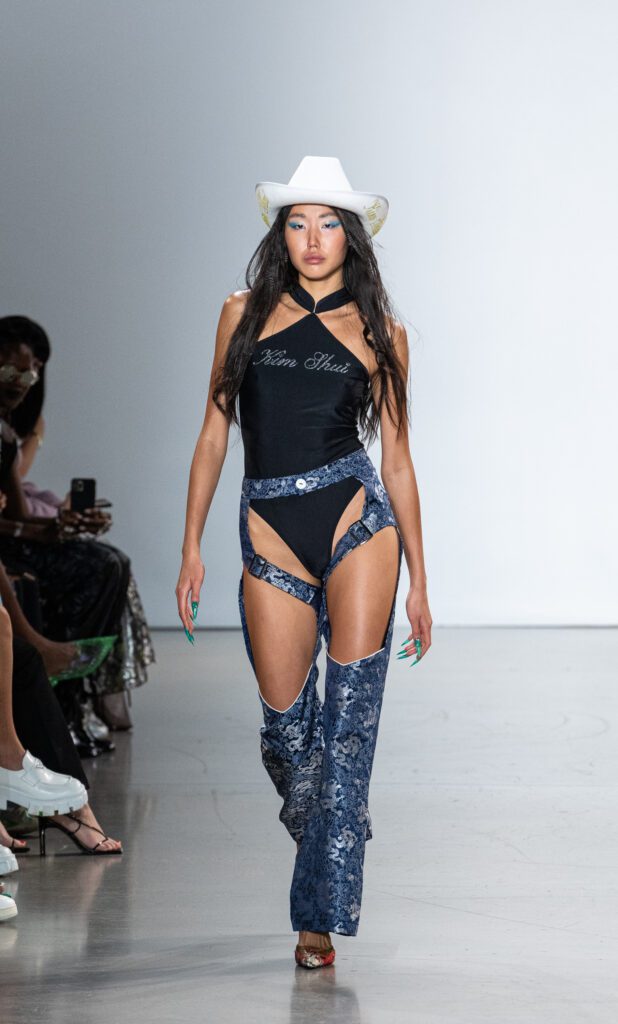 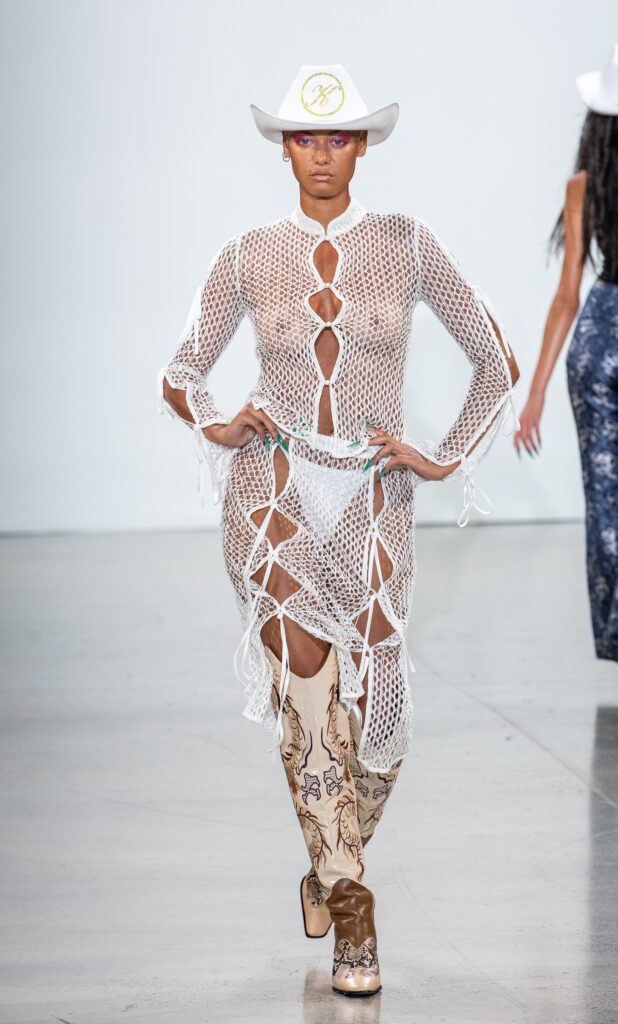 Asian representation in the fashion industry and pop-culture in general often skews towards tokenism, featuring mainly East-Asian identities. At Shui’s ethos, she has always championed her Chinese heritage, building bridges in-between her multicultural upbringing while creating garments and silhouettes for women that enabled them to feel sexy. Asian women have always been fetishized but Kim Shui opts to take ownership of that narrative, making sexy a choice they can make without having to feel like they’re playing into Western fantasy. Shui is rewriting the narrative by co-opting these tropes, offering a glimpse into what Western fetish looks like through Asian culture’s eyes. 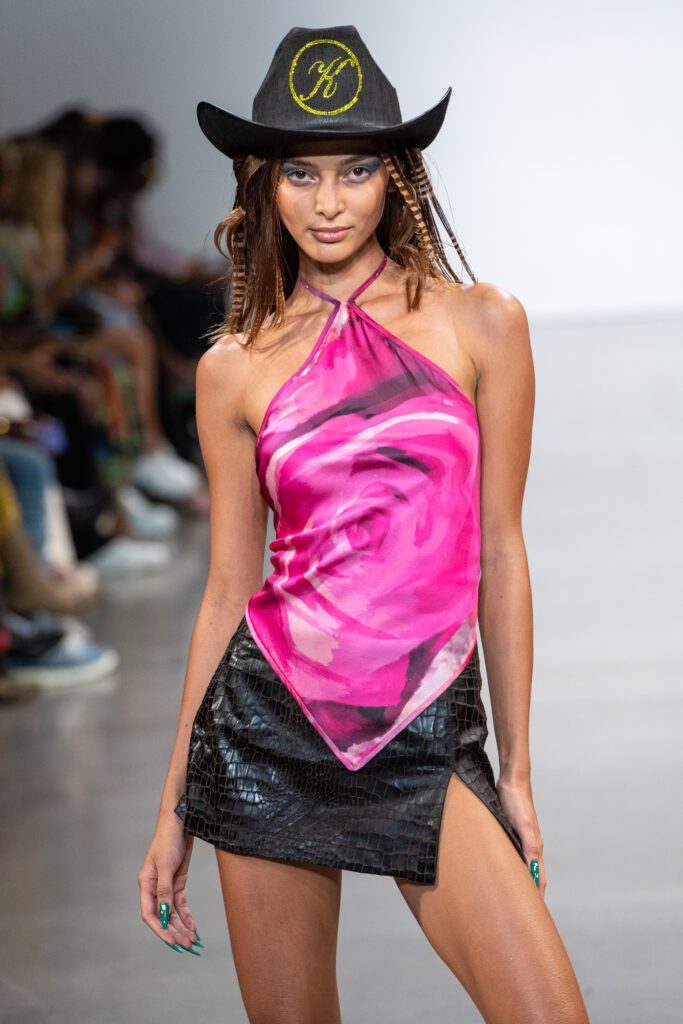 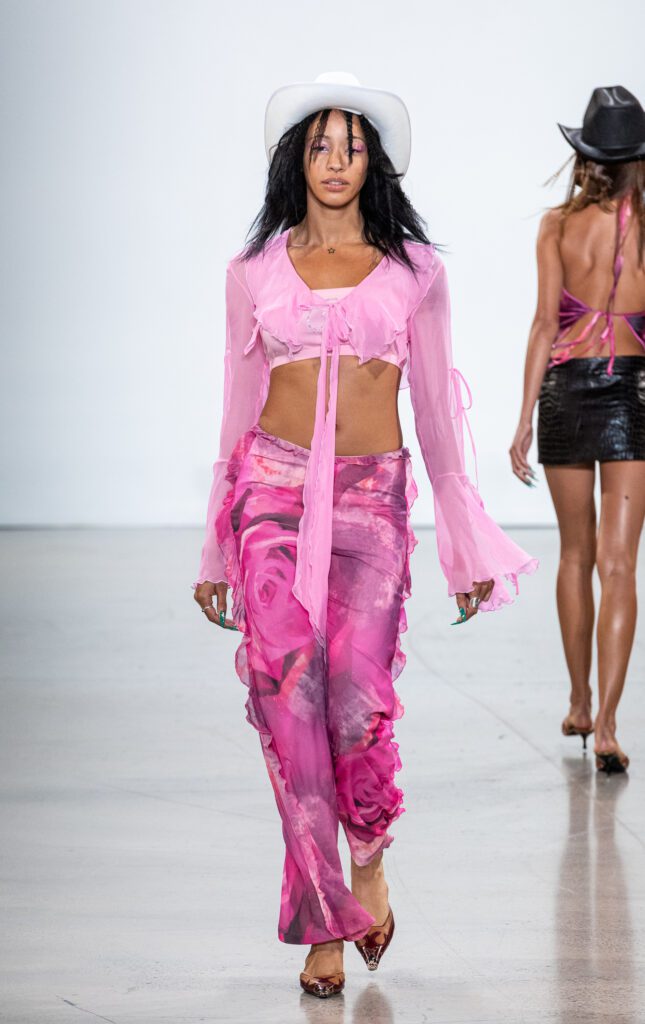 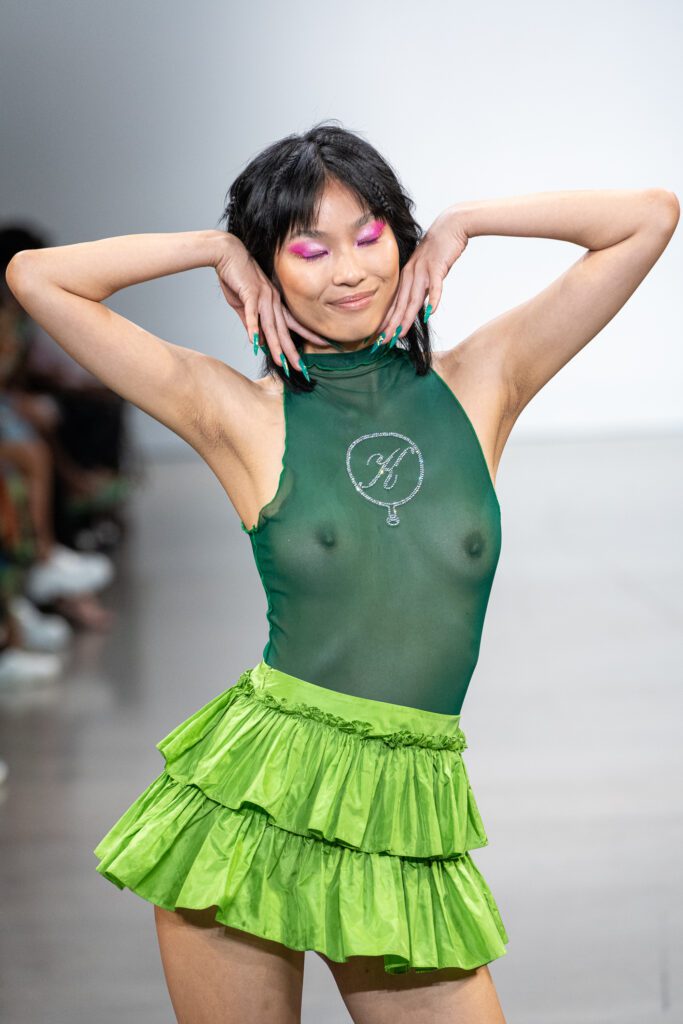 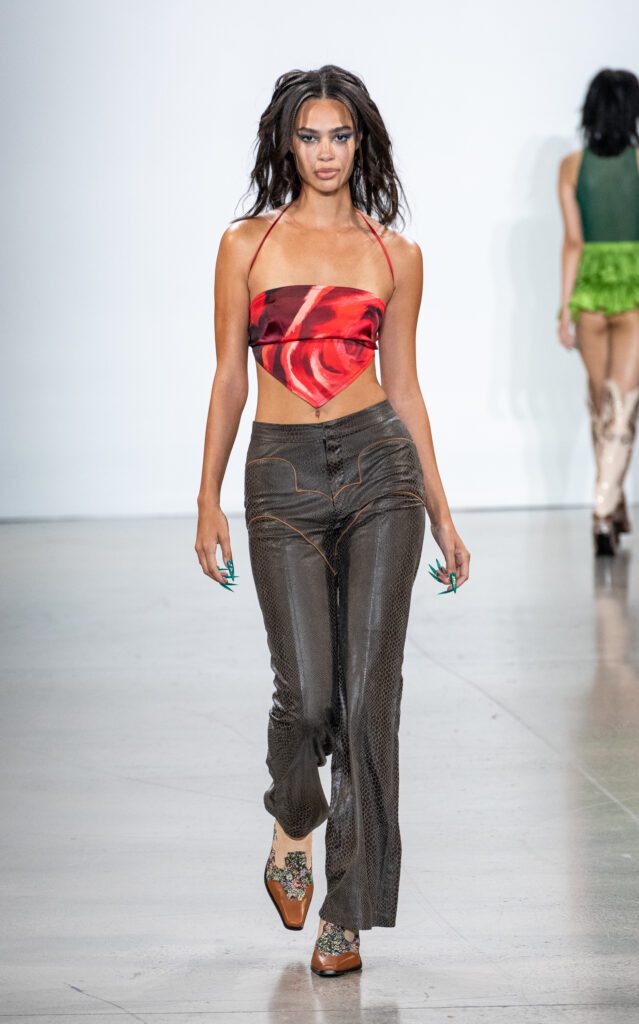 Western Fantasy then becomes a focal point in Kim’s show as she plays with the kitsch and camp of cowboys and cowgirls, turning cliche on its head while rewriting the narrative by fusing in Asian elements. The collection emphasizes emotionality in textures featuring leather, corduroy, crystal embellishment and custom prints, alongside signature jade jewelry in the form of body chains and custom mules and dragon-embroidered cowboy boots. 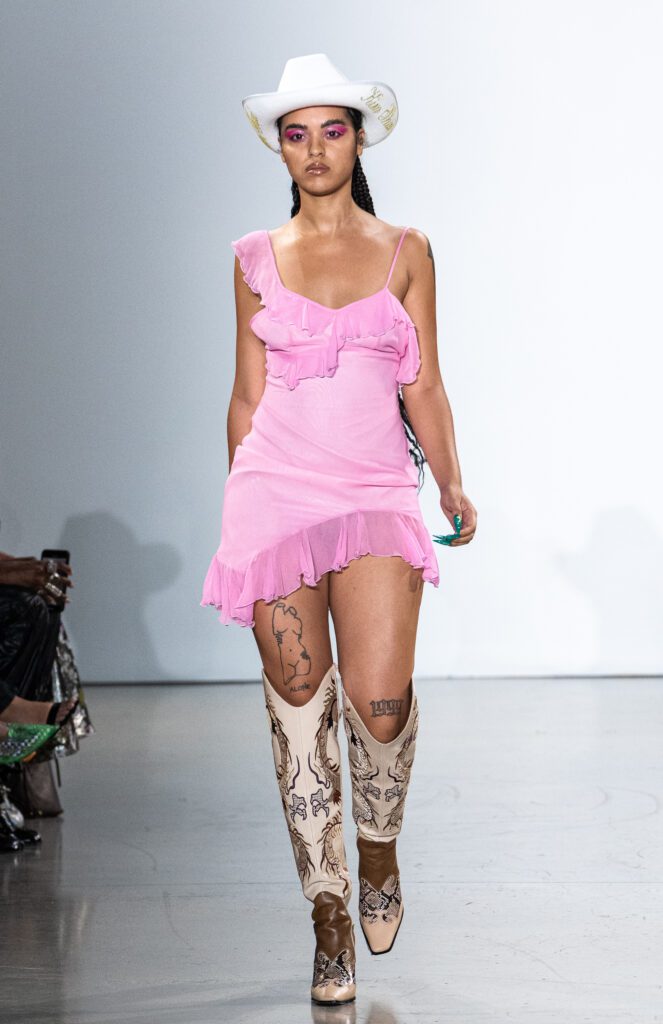 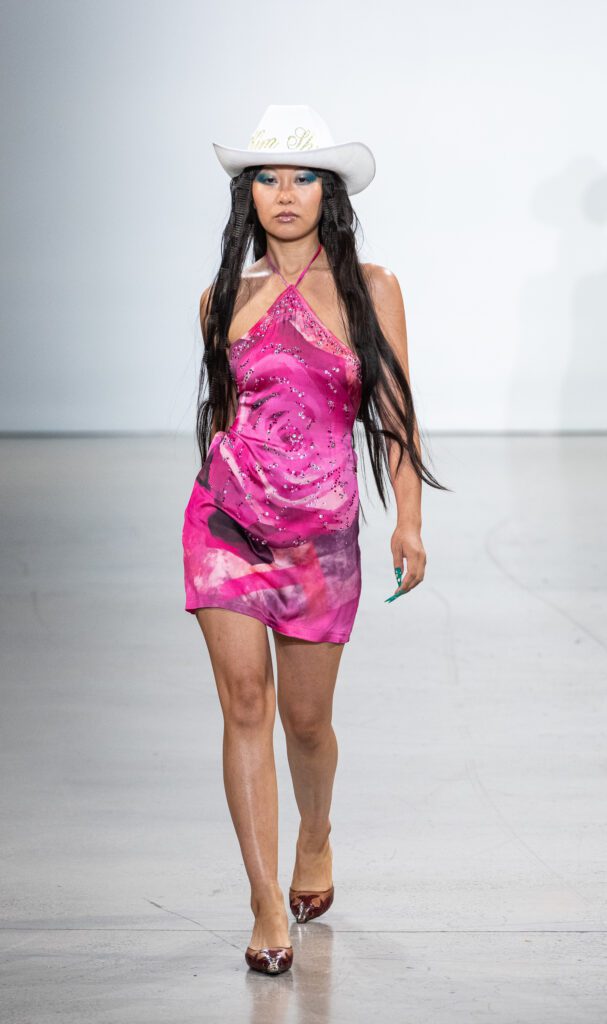 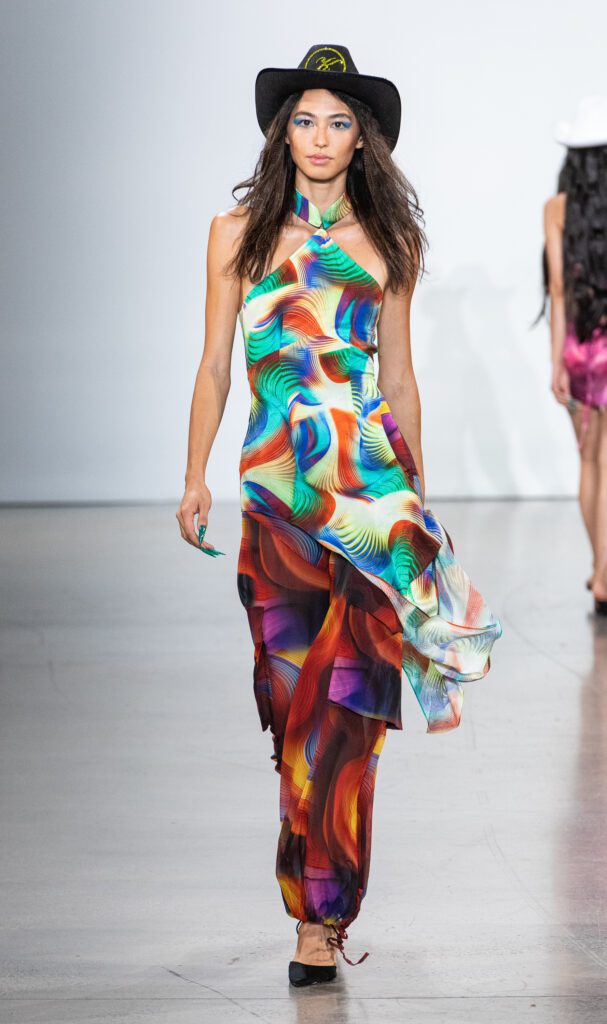 Up and coming pop-star, Olivia Rodrigo stuns in the White House in beautiful Chanel outfit