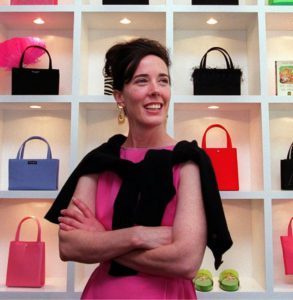 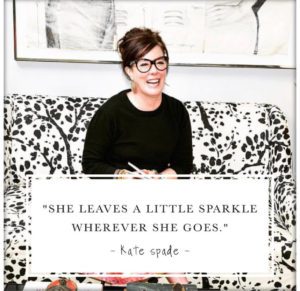 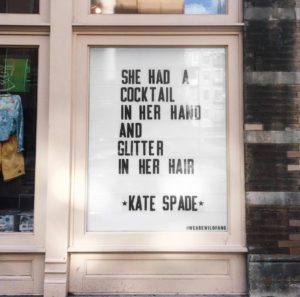 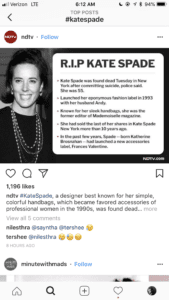 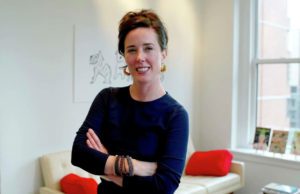 The designer created an accessories empire that helped define the look of an era.  The purses she made became a status symbol and a token of adulthood.
Ms. Spade, who was found dead Tuesday in what police characterized as a suicide by hanging.
The relationship between mental health and suicide is a complicated one. The majority of those who do die suicide have been diagnosed with a mental illness. People with mental illness do have higher rates of suicidal thoughts and suicide than the general population. Suffering from depression alongside other diagnoses, increases the likelihood of a suicide attempt. And as we all know fashion and business can leave any one depressed.
One of the first American women contemporary designers who emerged in the 1990s, she built a brand on the appeal of clothes and accessories that made shoppers smile. She embodied her own aesthetic.
Kate Spade had an enviable gift for understanding exactly what women the world over wanted to carry. Ms. Spade, 55, was discovered dead at her Manhattan apartment, where she had hanged herself in her bedroom, the police said. The New York police chief of detectives, Dermot F. Shea, said that the death “appears at this point in time to be a tragic case of apparent suicide,” he said. “It is early in the investigation.”
We are all devastated by this  tragedy.

Taraji P. Henson Surprises Target Guests in Celebration of the Exclusive Launch of TpH by TARAJI at Target!