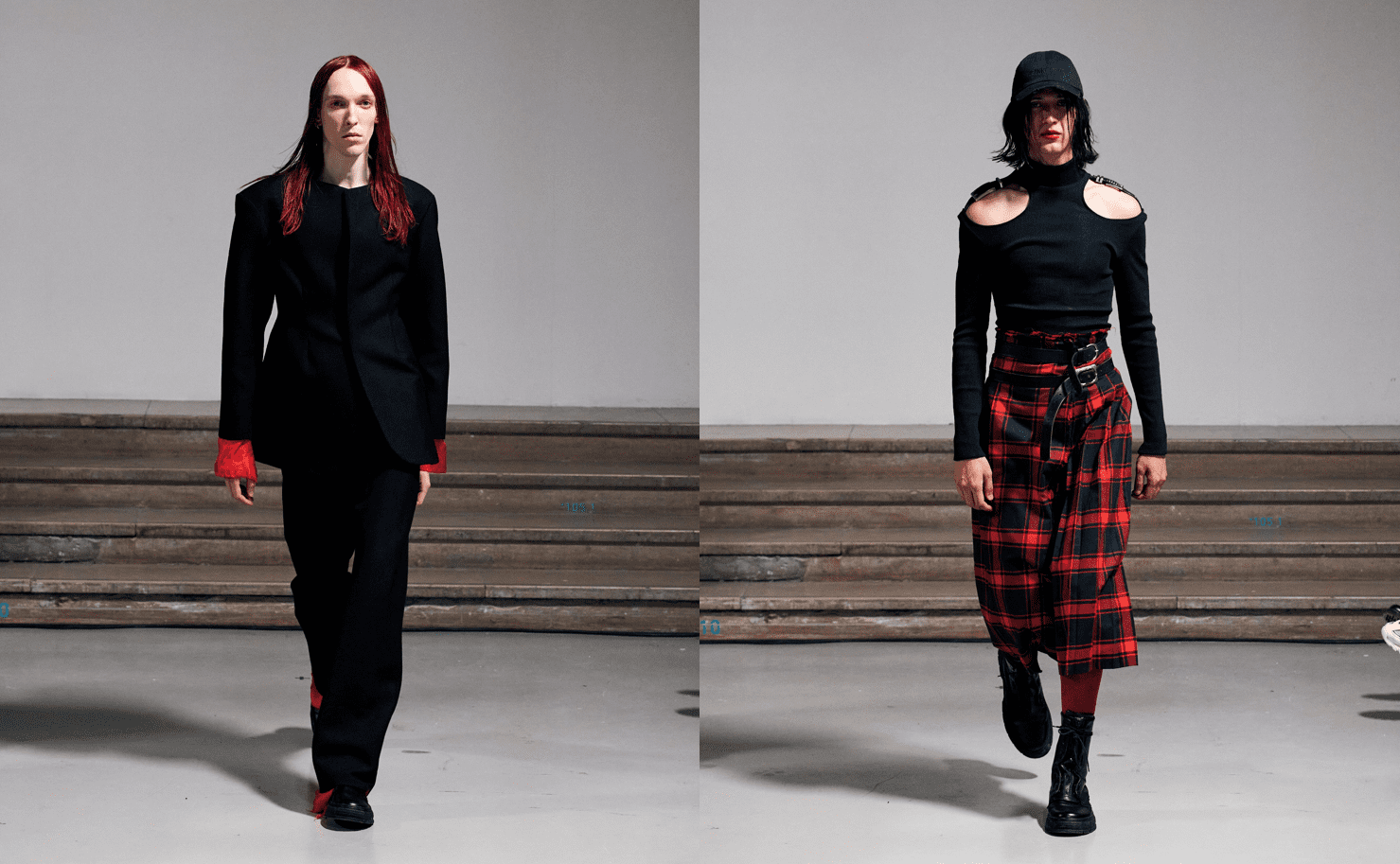 Designer JEANNE FRIOT unveiled JEANNE FRIOT FW 23 Collection at Palais de Tokyo during Paris Fashion Week. In short, the collection was a stage for red warriors from the beginning to the end. The collection also paid tribute to all the fights that help us today in the expressions of our self-identities.

The collection supported the RED WARRIORS in 1990, a group of people in Paris. They came out on the street to protect immigrants, LGBTQIA+, and minorities threatened by extreme political movements. So, the collection represents their spirit and expressed their desire of saying No!

During the splendid red parade, the red symbolizes many other meanings from the press note.

“Red is love free. Red is power. Red is fire. Red is happy. Red is lonely. Red is destruction. Red is confused. Red is devastated. Red is euphoric. Red is wild. Red is tortured by the past. Red is a heartbreak all over the place. Red is a fracture mosaic of feelings of somehow fits all together at the end.”

The variation of red on the outfits entertained my eyes until the show ended. From wearable casual pieces to couture dresses, the collection presented a wide range of garments for a dynamic wearer. From tailored suits, beaded net dresses, and bulky sweaters to hoodies, leather outfits, and fur coats.

The show was strong, punky yet delicate indeed. What’s more, the powerful gesture of the show was enough to overwhelm the audience. Also, not to mention full red looks but also wine and black highlighted the look for the RED WARRIORS.

Meanwhile, echoing the loss of Dame Vivienne Westwood and her efforts for LGBTQIA+ activism, the show therefore implied many things to build our better future.

All images via the designer