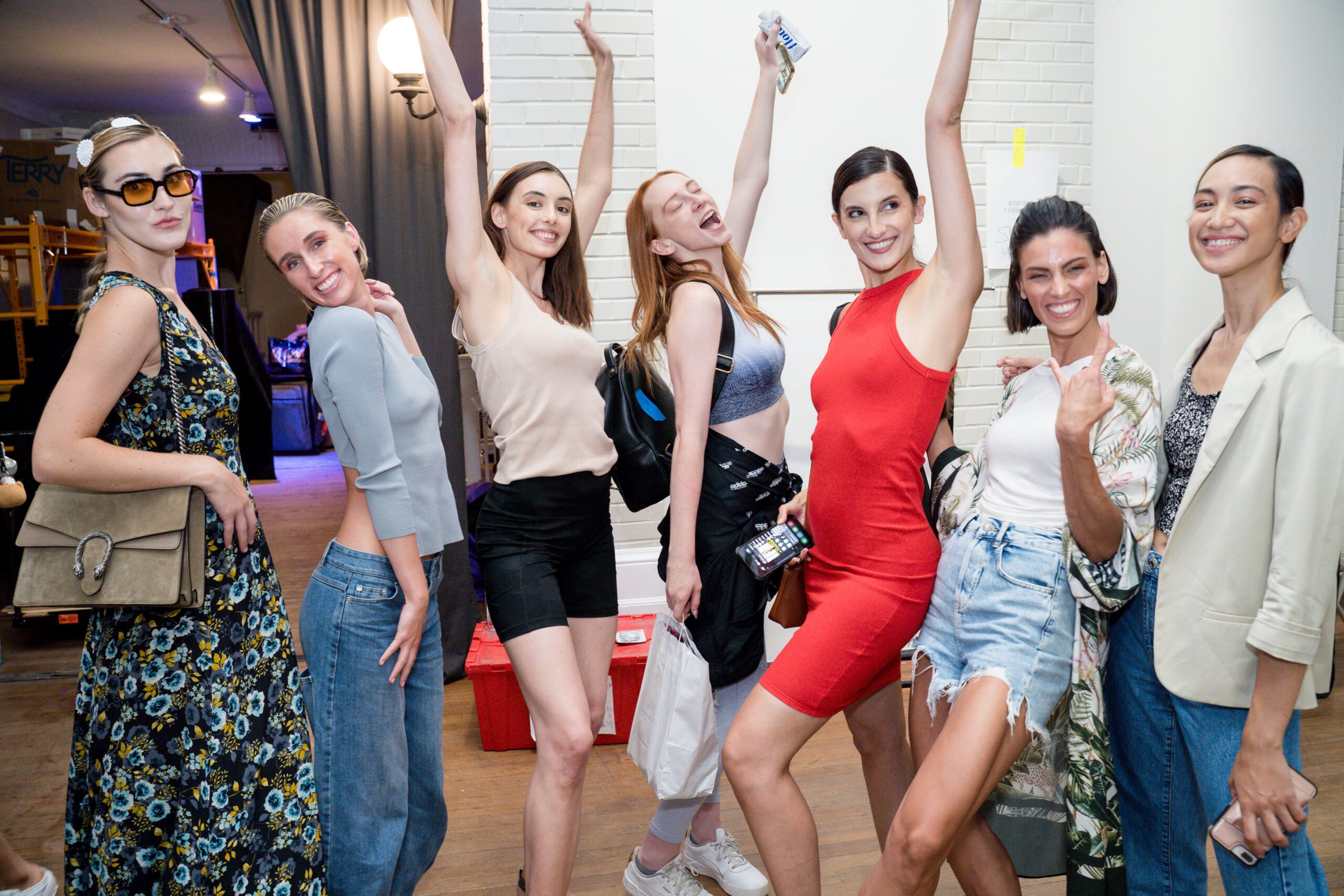 After a year’s absence due to the COVID-19 pandemic, right before the end of the 2021 summer season, Hamptons Fashion Week made its comeback. The three-day event, which started on August 6 with a private VIP event, then took place on August 7th and 8th, gathered many models and designers to help put together a great show.

Tickets for the event were available for purchase to attend in person. However, Hamptons Fashion Week was live-streamed globally. For this year’s show, many speculators saw the debut of Spring / Summer 2023 collections at the Southampton Arts Center in Southampton, NY. 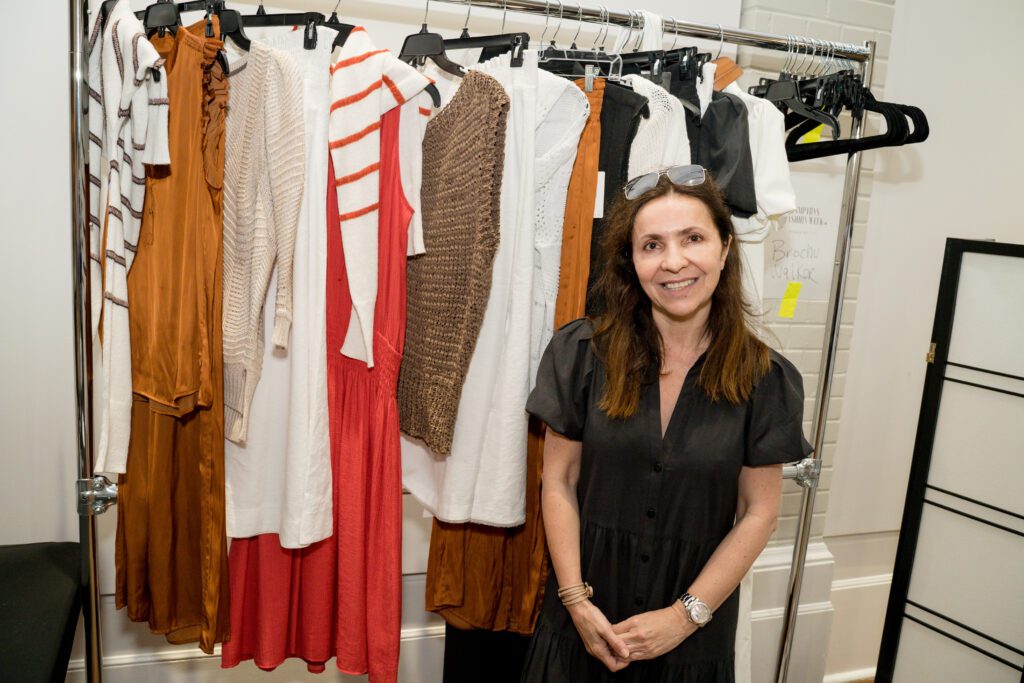 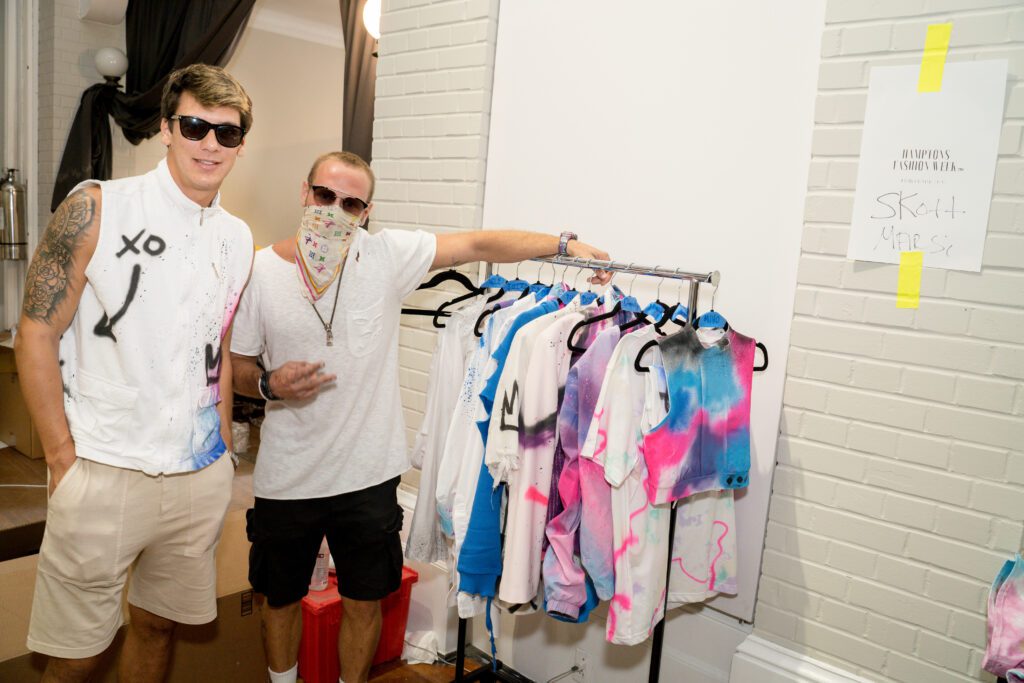 Designer Skott Marsi standing next to his collection at Hamptons Fashion Week. (Courtesy of Eric Vitale)

One of HFW’s designers happened to be another notable attendee of the night: Isabella Barrett, who was one of the stars on TLC’s hit show, Toddlers and Tiaras. When asked about her brand being showcased at HFW, Barrett shared, “I’m feeling excited and nervous. There has been a lot of preparation leading up to this event. I want to set an example that just because you’re young doesn’t mean you can’t achieve a dream.” 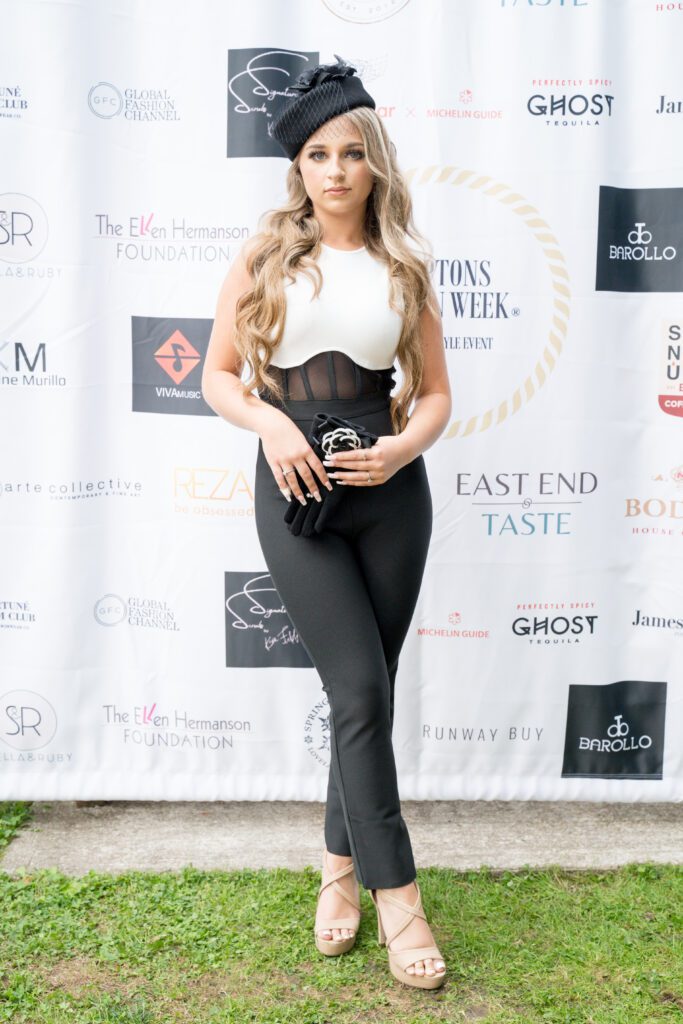 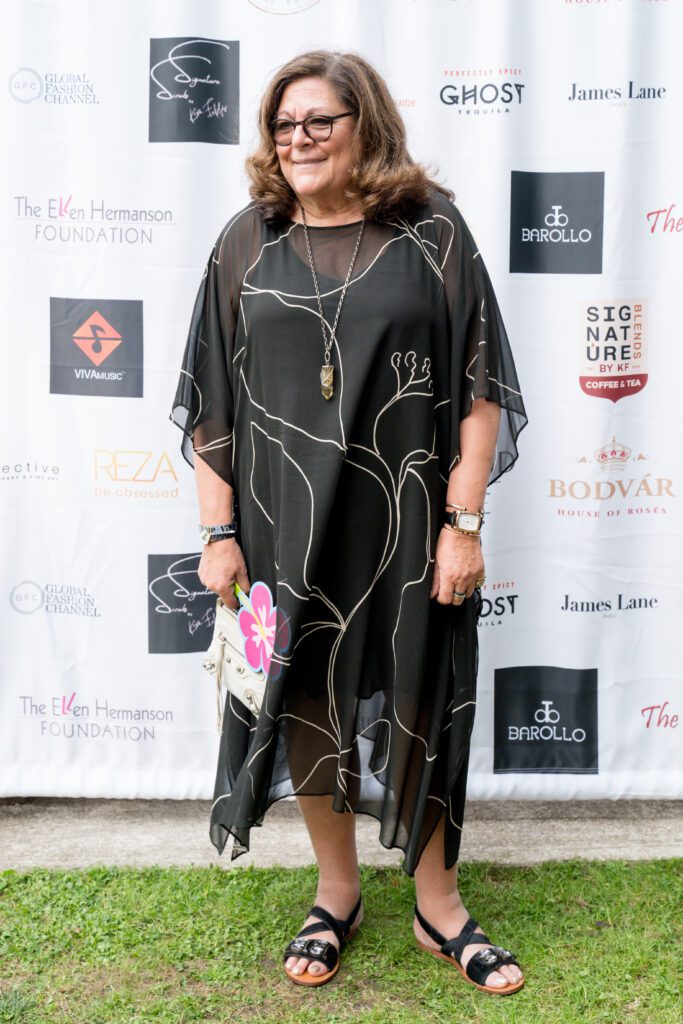 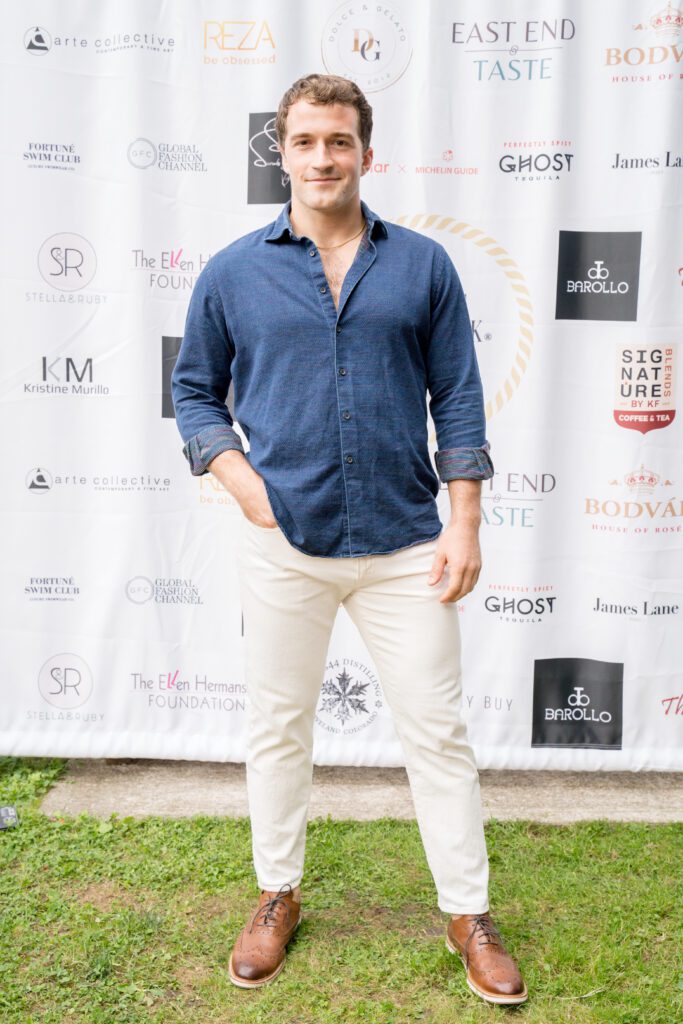 The first day of Hamptons Fashion Week was hosted by Arte Collective Gallery and included the help of Yubal Márquez Fleites. A series of artists have showcased as well as the artwork of HFW’s featured designer, Skott Marsi. Then, on the second day of Hamptons Fashion Week, there were appearances by notable attendees (featured above), local retail businesses, and highly known brands, Ralph Lauren and Michael Kors.

There was also live music, food, and drinks for Hamptons Fashion Week’s guests to enjoy. Guests enjoyed cocktails by
Spring 44, Beau Joie Shield Champagne, and Ghost Tequila. They were also able to listen to rhythms from DJ Fly Girl. To crave one’s hunger, the “Weekender” Food Truck, sponsored by Caviar and Michelin Guide, made its stop at HFW. Also, signature coffee mocktails were served on behalf of Signature Blends by KF, a brand by producer and actress, Kim Fields. 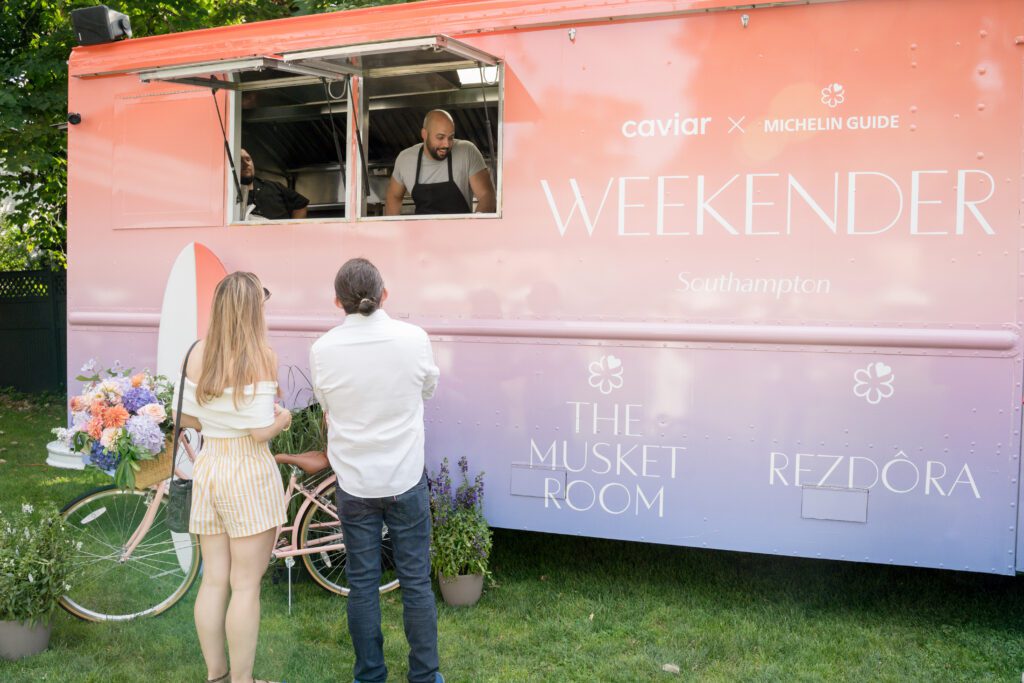 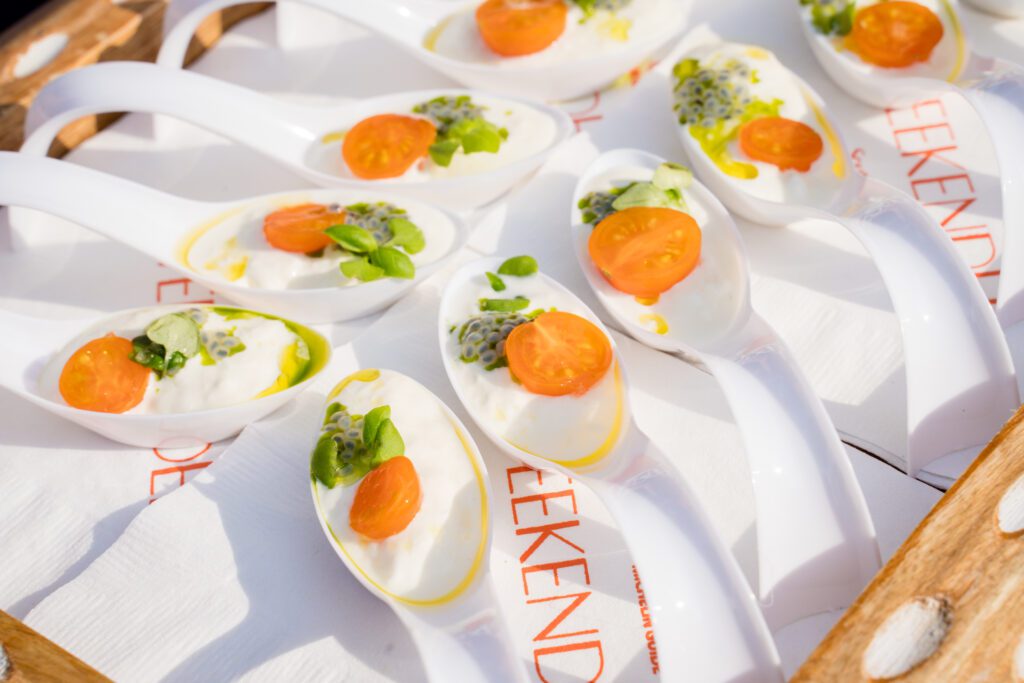 Besides fashion, food was quite the buzz at Hamptons Fashion Week. (Courtesy of Eric Vitale)

A very cool feature was presented at Hamptons Fashion Week such as the Runway Buy app. This would let the speculators in the in-person or live stream audience purchase from the collections presented in real-time on the runway. Part of the proceeds earned through this event would go back to The Ellen Hermanson Foundation.

She also explained that “In addition, my goal is to create diversity and to bring back the economy by highlighting Southampton as we ride the wave of Covid. Southampton is my 2nd home, which I hold dear to my heart.” 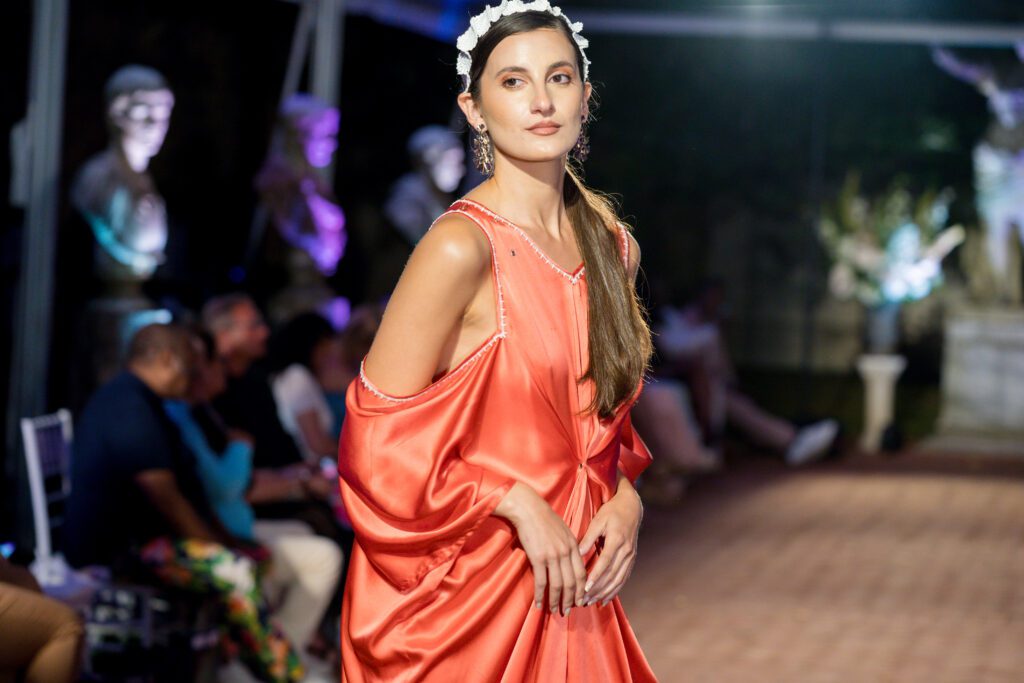 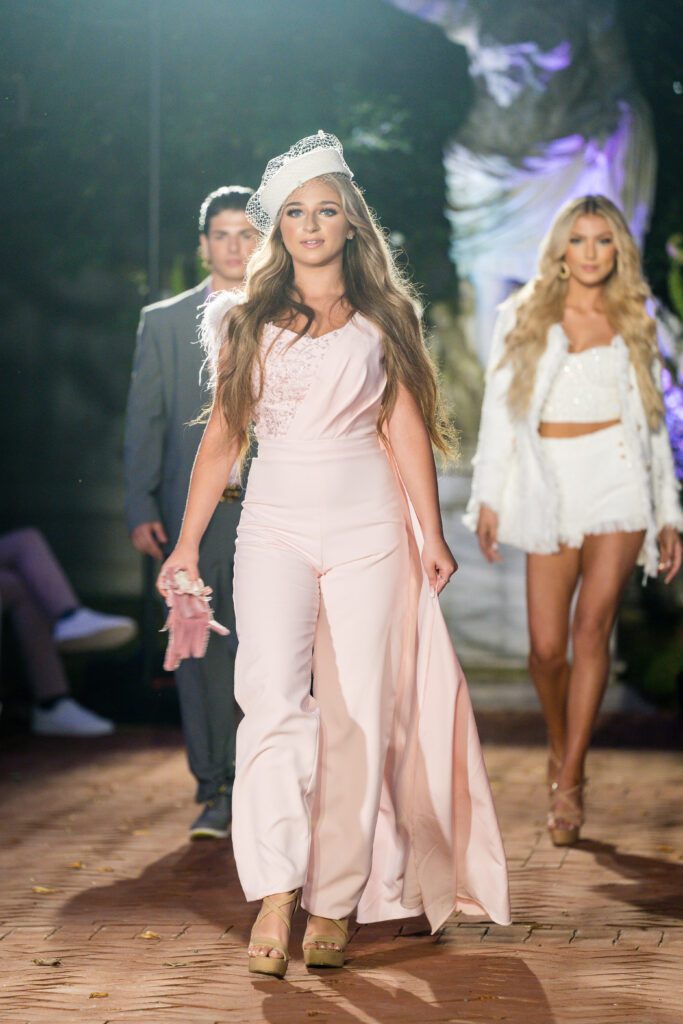 Isabella Barrett walks on the Hamptons Fashion Week runway showcasing some of her looks from House of Barretti. (Courtesy of Eric Vitale) 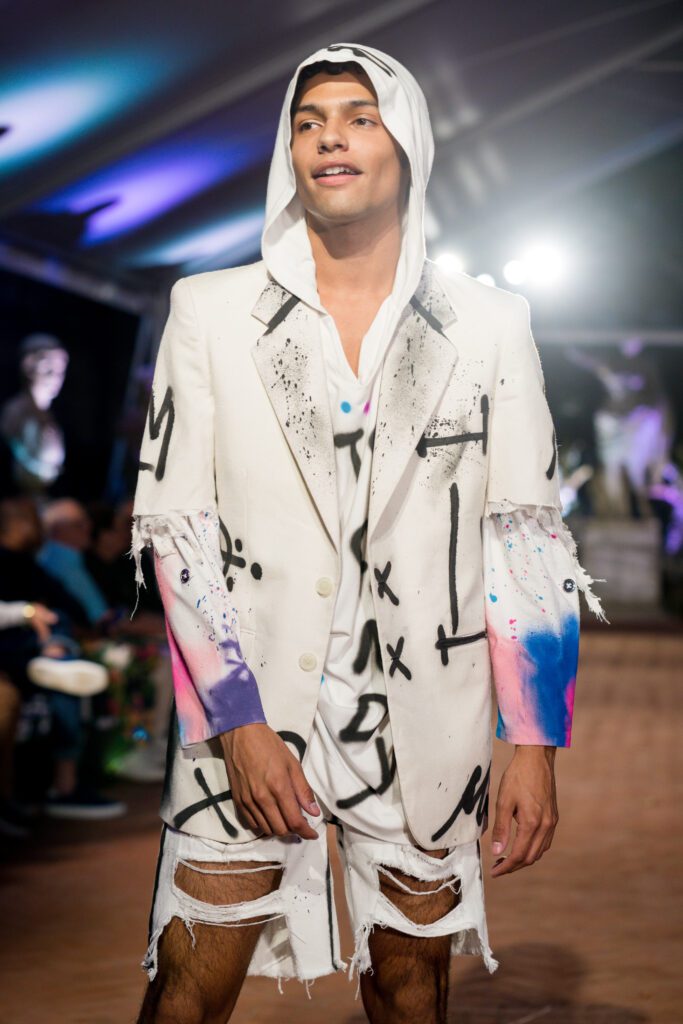 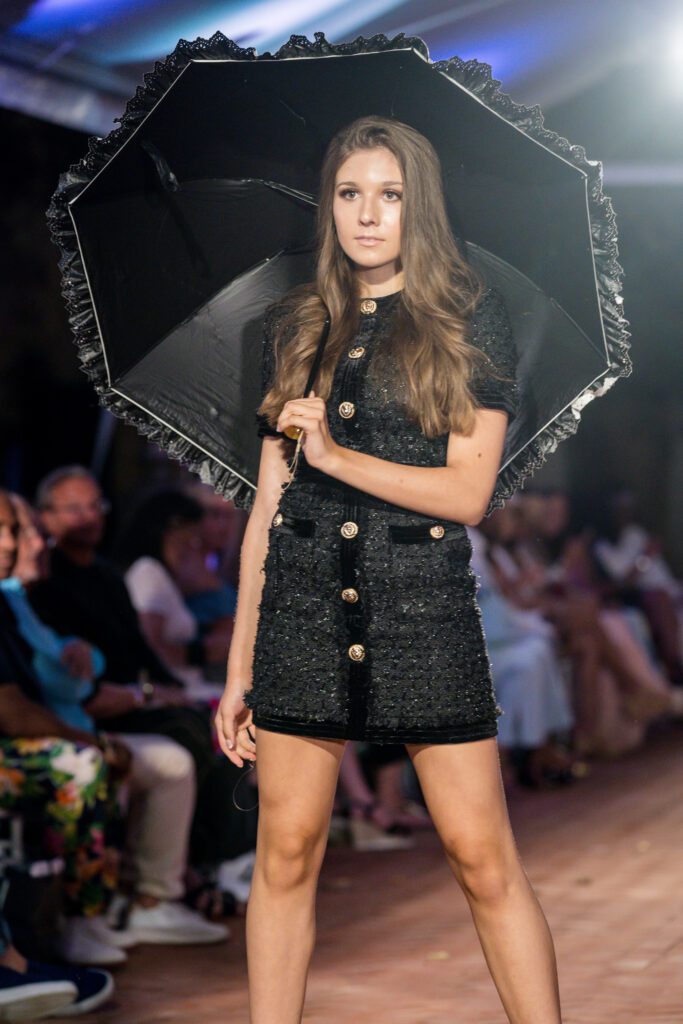 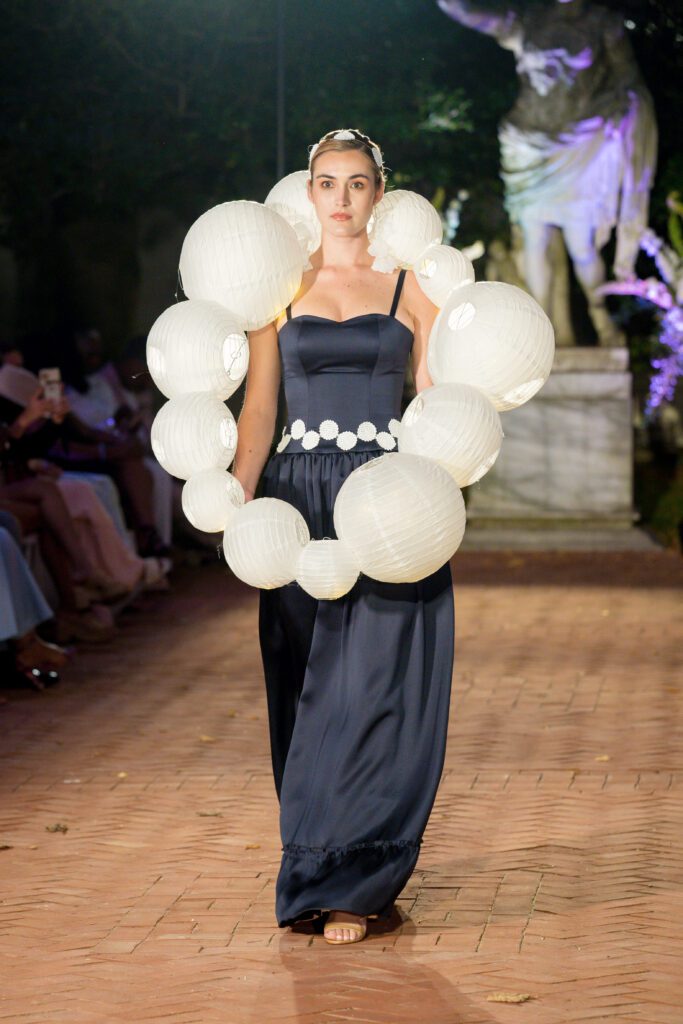 Female model poses for Hamptons Fashion Week 2021. She wears a long dark navy dress with an accessory hanging around her neck. (Courtesy of Eric Vitale) 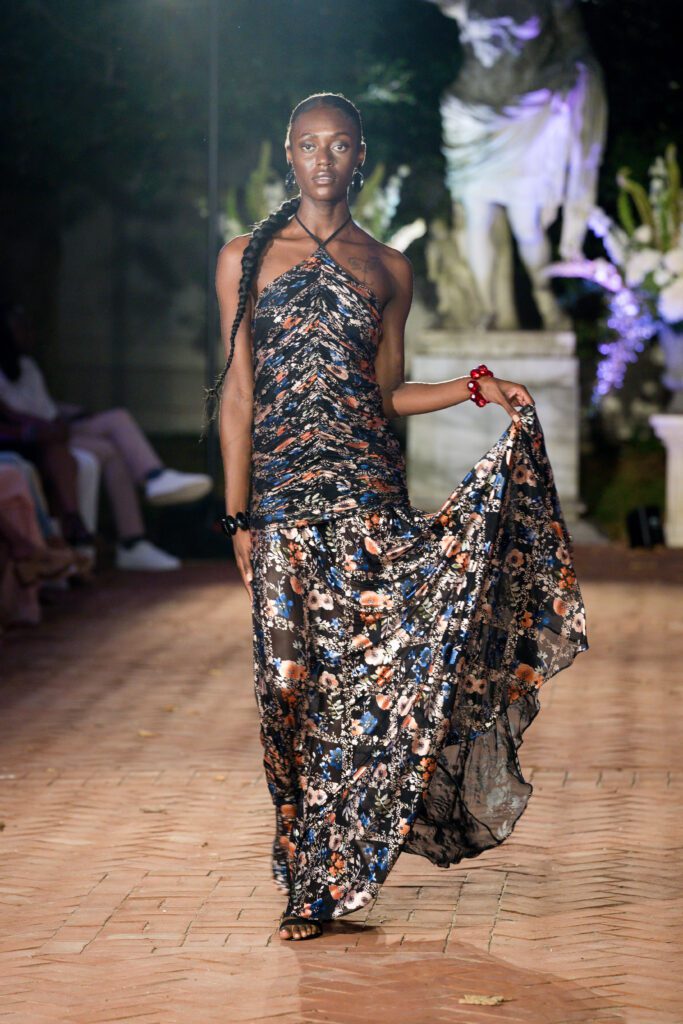 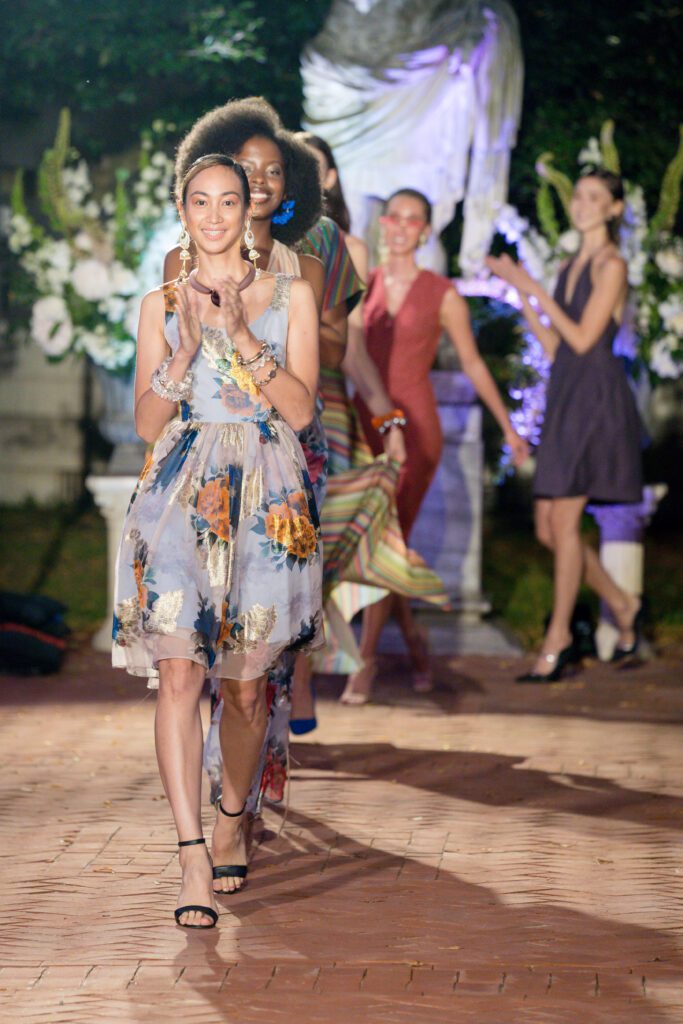 All of the featured models are seen applauding at the finale of the Hamptons Fashion Show 2021. (Courtesy of Eric Vitale)