Halston, an iconic American luxury brand, in collaboration with Netflix has created a limited edition capsule collection. Halston x Netflix is a ten piece eveningwear collection, inspired by signature archival designs and original costumes showcased prominently in the limited series Halston, now streaming on Netflix. The collection will be available for pre-order exclusively on Halston.com starting June 7th, 2021 and will ship to customers in late July. 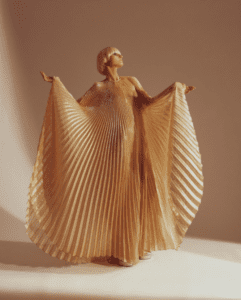 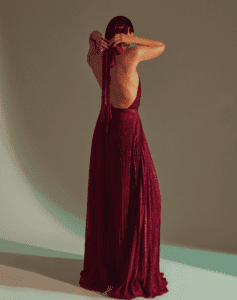 “Roy Halston Frowick single-handedly created luxury American fashion. Halston has always had a tremendous influence on my career, in an industry where his imprint remains decades later. I’m thrilled to now carry forward his legacy through this Netflix capsule collection in collaboration with Saks Fifth Avenue and Neiman Marcus. It was exciting to recreate the iconic Halston archive dresses that appear in the Netflix series and reinterpret them for modern day. I am grateful to be part of this homage to Halston, who has inspired designers throughout the world.” states Robert Rodriguez, Chief Creative Officer of Halston.

Saks Fifth Avenue and Neiman Marcus will offer the collection for pre-order online beginning June 21st, and will carry the line in stores in August. Each store will have exclusive colorways of selected styles. The collection will retail between $995-$1595.

Whoa and True Religion at Milk

Where To Look For Clothing Essentials