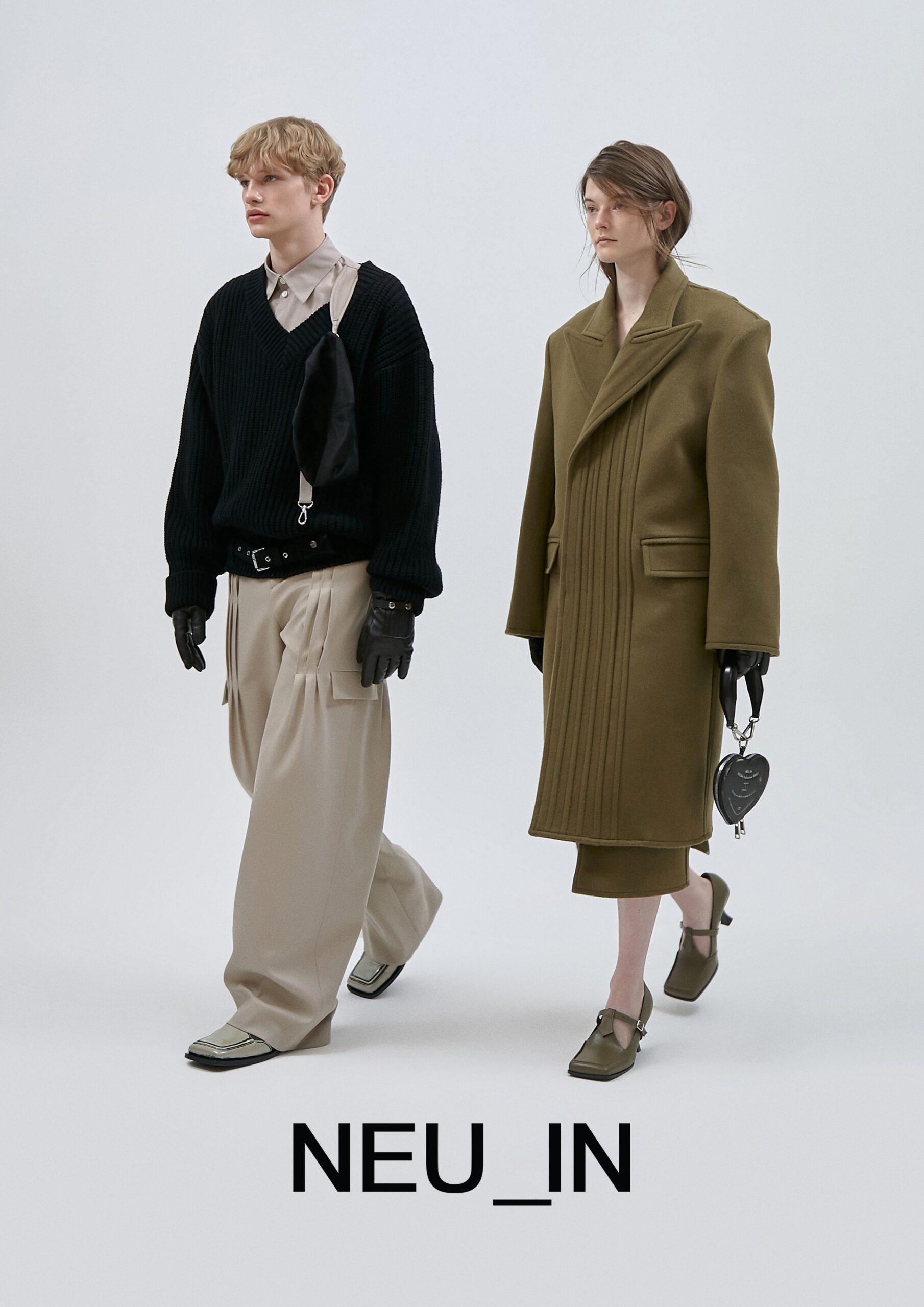 Fashion Life Event Up and Coming

The Korean menswear brand, NEU_IN, debuted its Autumn Winter 2022 collection. The brand name originated from the German word “neu,” meaning new, and the Korean word “in,” meaning person. In fact, the brand, established in Korea in 2018, was first presented in Autumn Winter 2019 at Paris fashion week.

Seyoung Kim was born in Seoul, Korea. He studied textile design in Tokyo, Japan, and fashion design in Paris, France. In fact, after graduating from Atelier Chardon Savard, a fashion school in Paris, France he began working. He worked in Acne studios and at Lacoste as an intern for fashion shows in Paris. Following his internship, he went back to Korea where he created the NEU_IN brand.

Similarly to the previous season, this collection creates a character named Dave through a special memory of the designer. His story explains him and his time in the Military Service. Also, it discusses the relationship he has with the other people there. When presenting this collection Kim made sure to include the fictional character and a special object to symbolize the emotion of the collection. The object was used in a recent photoshoot, for the emotions to be maintained and shown as the inspiration for the collection.

For this collection, the designer collaborated with Korean artist Sol Shin. Not to mention, this season’s collection has a signature shape and pays attention to detail. Between pleats and detail in stitching, the new collection has many unique items. As well as the unique designs, the pieces include handwork to give the look of vintage style. In addition to the announcement of the collection a project video was released. Take a look at the vision Kim had behind the Autumn Winter 22 NEU_IN collection below!