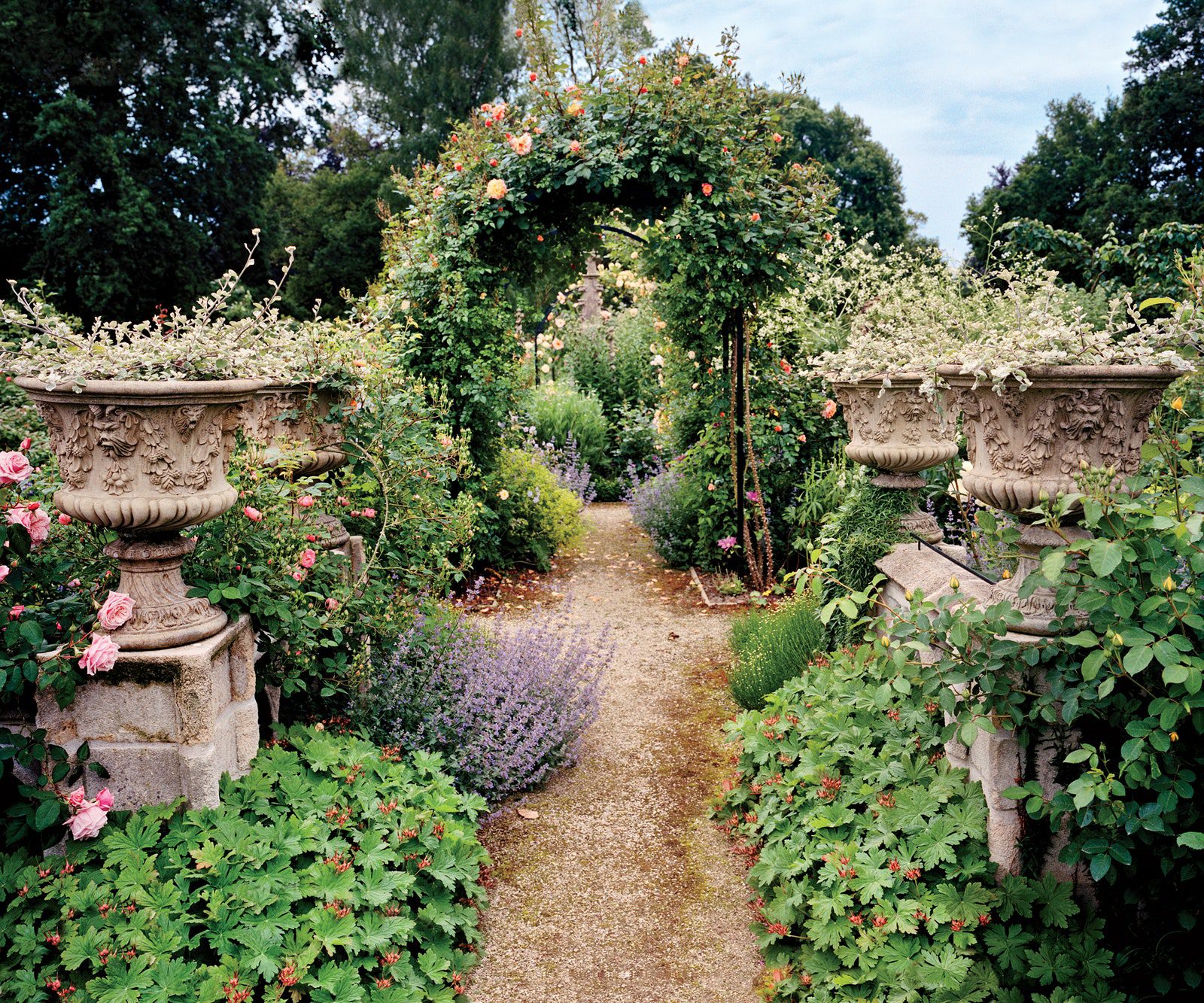 Belgium fashion designer Dries Van Noten, member of the Antwerp Six, is well known for his heavy use of natural inspired prints over sophisticated silhouettes. For Fall/Winter 2019 collection, Dries Van Noten utilized cuttings in his own garden and made them into prints for fabric. Dries Van Noten’s home just like himself, elegant but unpretentious, with a breathtaking garden that serves as his source of inspiration of his fashion.

Dries Van Noten resides in an 1840s neoclassic mansion in Antwerp with his partner Patrick Vangheluwe and their dog, they have been living there for over 2 decades. The mansion is surrounded by a 55-acre garden, with massive lawns, lushly plants, a shimmering lake and architectural décor. The mansion was converted according to Van Noten’s style, furnished with vintage décor and antiques.

The mansion is decorated with the help of interior designer Gert Voorjans, each room has a different color and theme, but there’s a mutual aspect: the use of printed textiles. The patterns on the textiles used throughout the rooms are definitely a resonation to Van Noton’s love for exotic prints. Van Notan has fine taste for interior, Most of the furniture in the house are actual vintage collected from all over the world, as well as beautifully preserved antiques dating back to last century.

When visitors enter the house, they are greeted by Belgian expressionist Léon de Smet’s Nude and Bouquet (1922) in the entryway. The entryway is adored by ornate oak, with sufficient lighting, the room appears very welcoming. 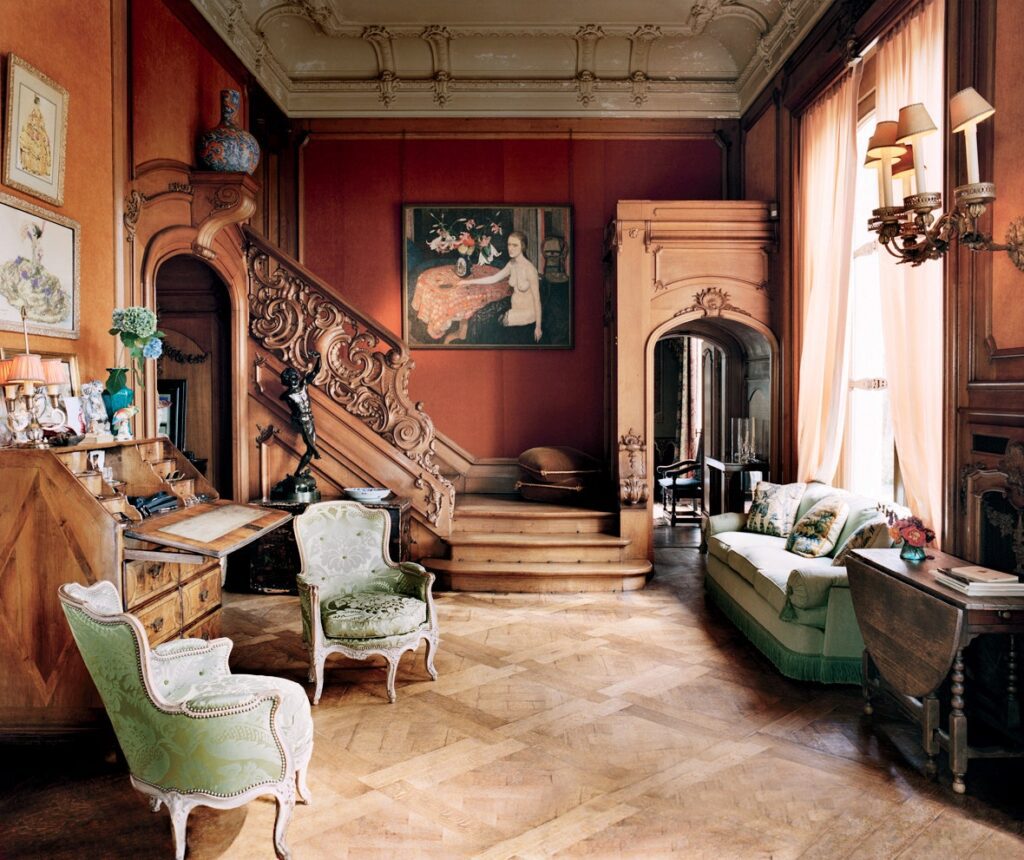 Followed by the Red Salon, where most décor is Asian inspired. the original 1920s Franck paneling is hung with custom Lyonnaise silk. 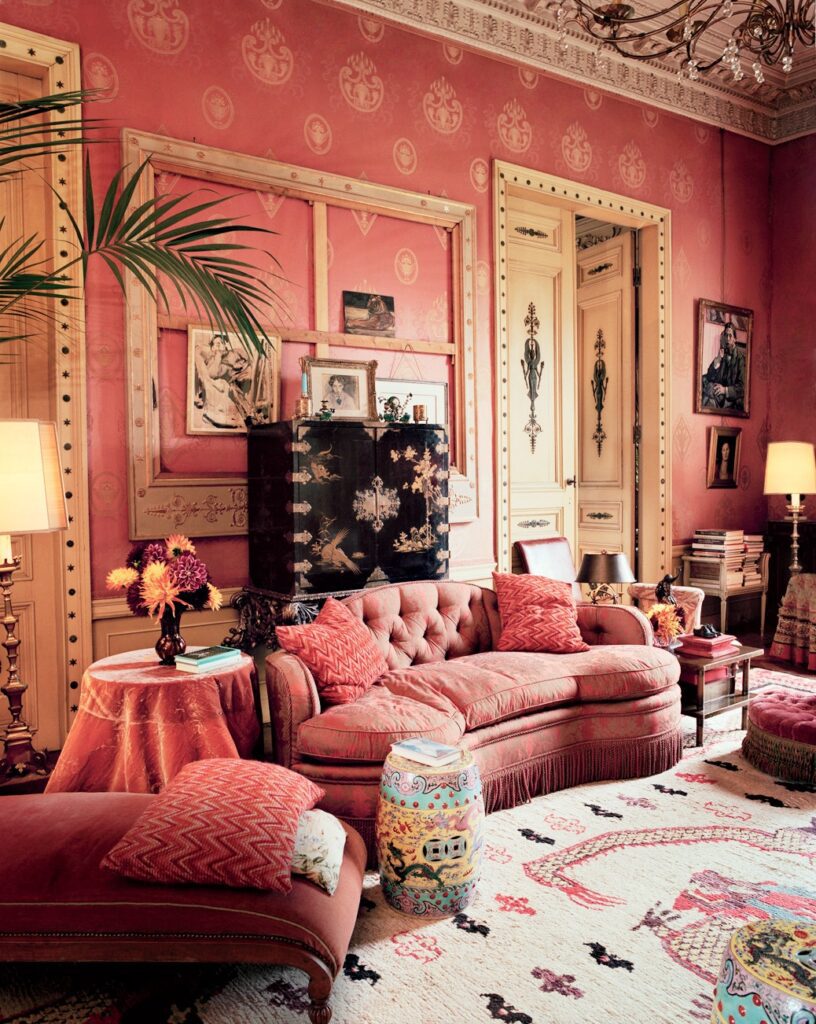 The Red Salon. Photographed by François Halard for Vogue 2014

This hall in Van Noten’s house is like an intimate version of Versailles Mirror Hall. The Venetian chandelier is reflected on the Turkish panels, very dreamy. 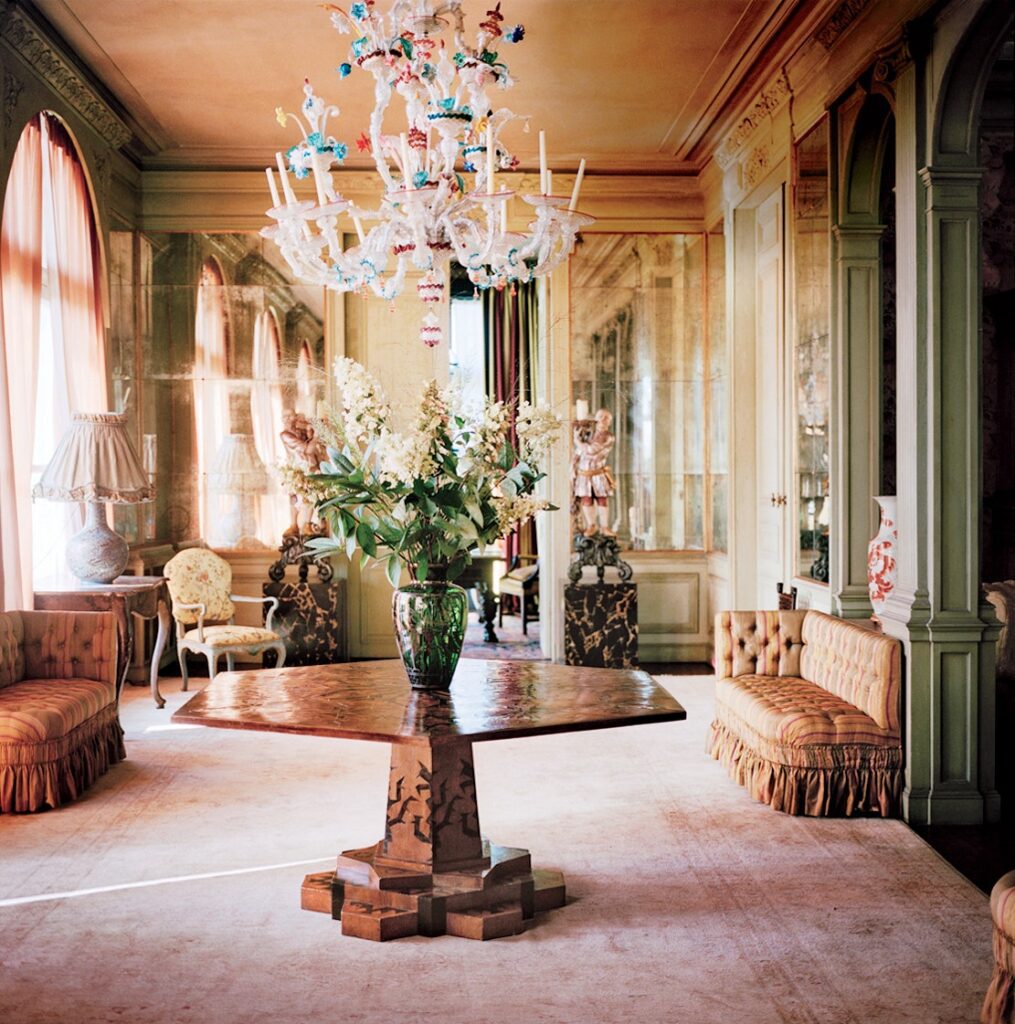 The dining room is mostly green, a silk brocade tablecloth with fauna prints covers the table. 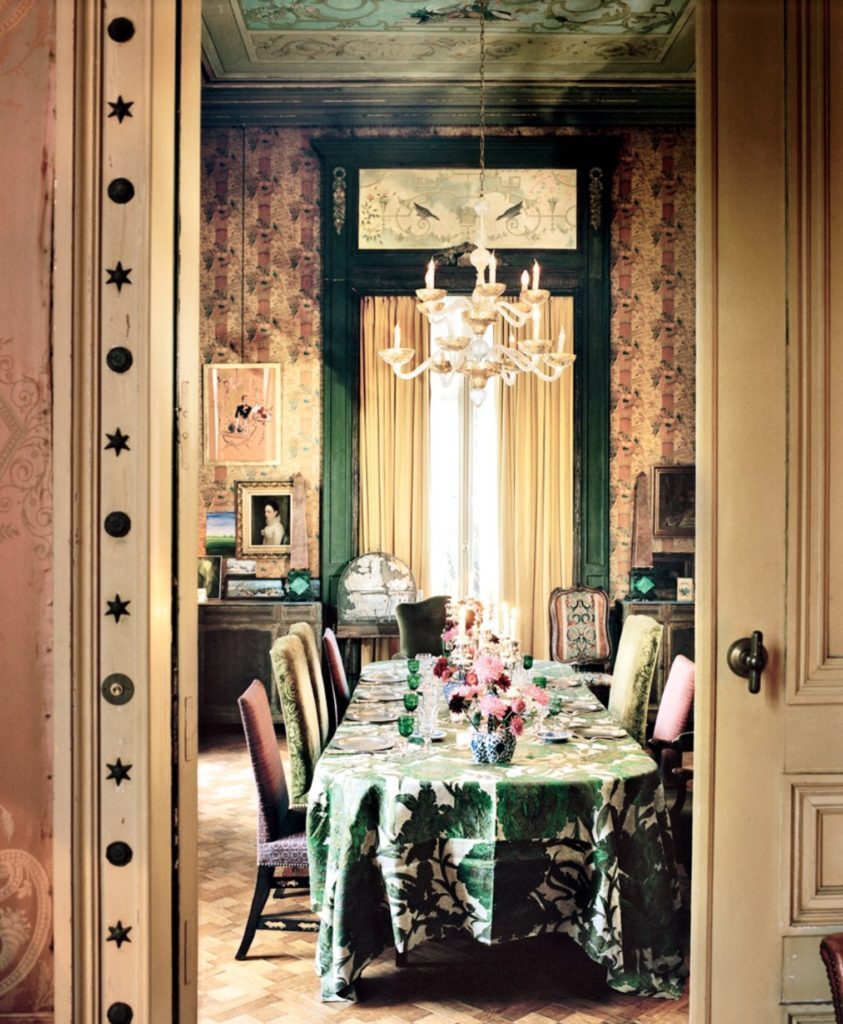 The garden is probably Van Noten’s favorite, he himself has been actively arranging the garden. Van Noten frequently posts his gardening on social media, also made bouquets out of flowers that he grew for his studio and home. The garden was initially a large park when he first bought the property. Landscape Architect Erick Dhont converted it into the enchanting garden that it is now by dividing the land into different sections. Van Noten’s garden has an abundance of colors: flowers in riotous colors during the summer, tree lined paths that lead to the different parts of the garden, some terracotta sculptures that add in a bit of Grecian romance. There are over 50 different types of vegetation in Van Noten’s garden, peonies, avens, and geraniums are some of his favorites. They are scattered everywhere in a rather organic placement, not strictly planned out like a proper botanic garden but nonetheless a romantic utopian paradise. 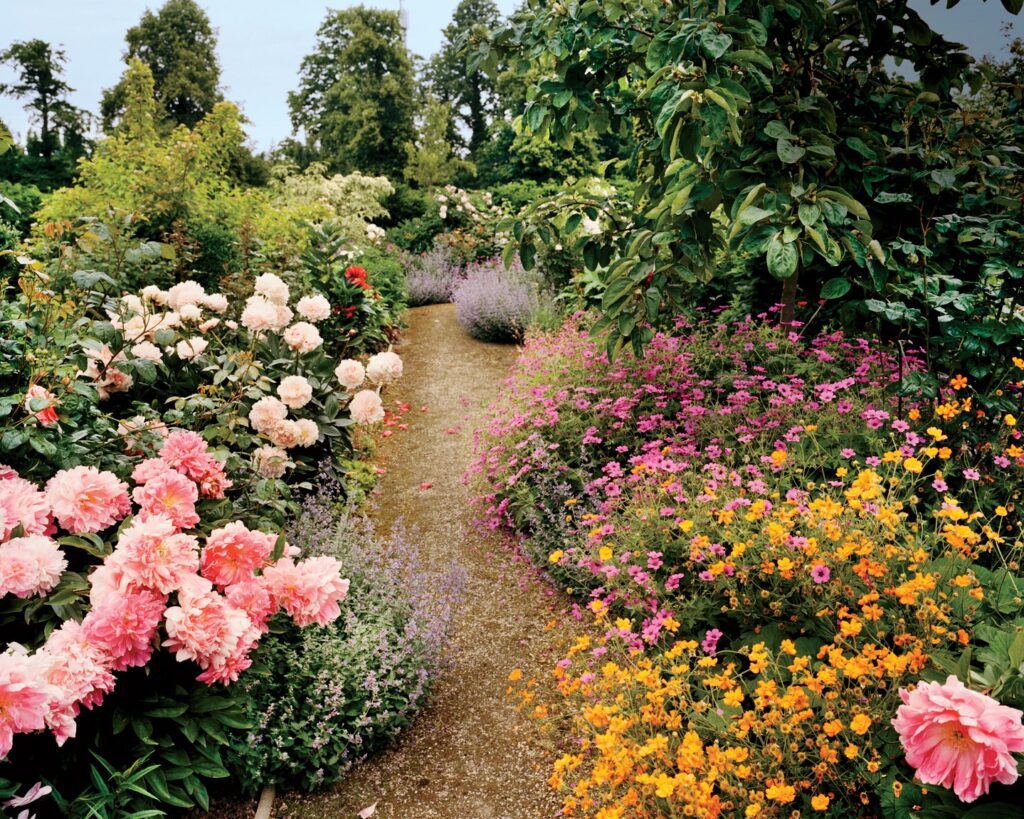 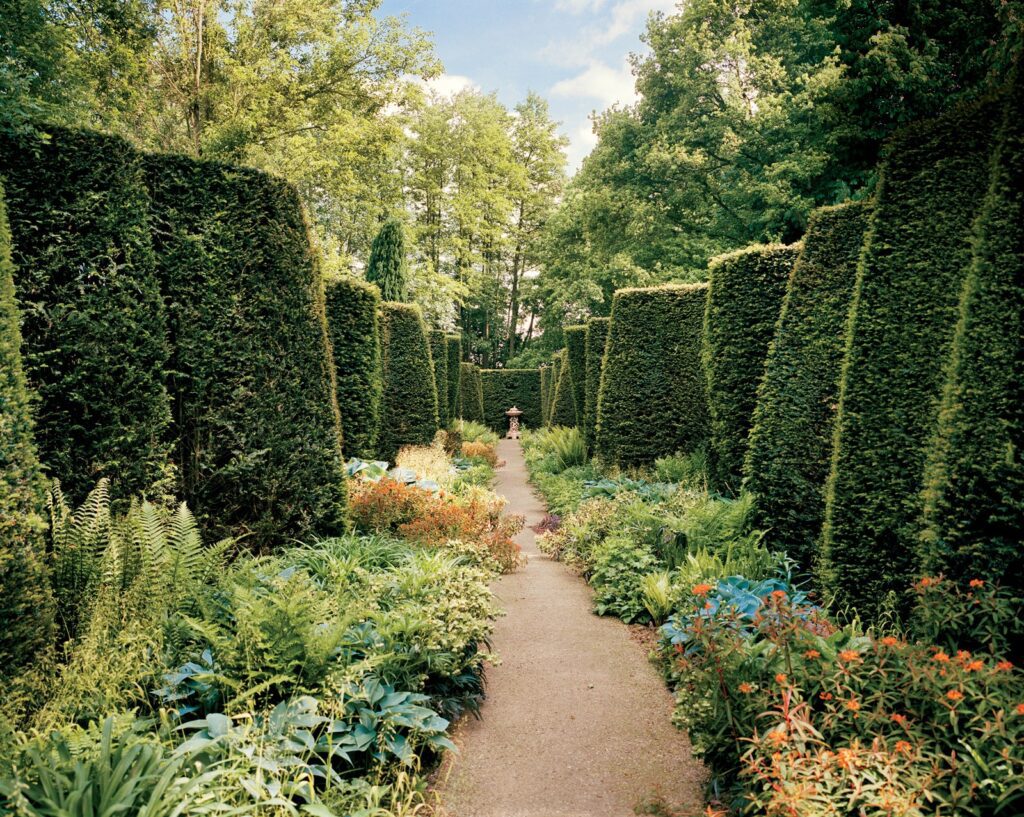 Van Noten’s garden: filled with an abundance of flowers and vegetation.  Photographed by François Halard for Vogue 2014

Van Noten once said in his documentary: “……What makes me happiest is that when we come back from a crazy day at the office, we can go to the vegetable garden, pick a few things, and prepare a simple salad. That is the moment when I feel the most rich.”  To Van Noten, the garden is an impeccable source of inspiration, a safe haven that generates endless creativity. “For many years, I separated my work as a designer and a gardener as much as church and state, yet, I had often wondered how these two beloved worlds of my life could collide and collude.” Van Noten moved his beloved plants on a new canvas—his garments for his F/W 2019 show. The harmony created between the naturalistic prints and modern garments simply prove that lifestyle and design inspiration influences yet compliments each other. Without a peaceful mind and an admiration for the simple things in life, who can create such an artistical paradise? 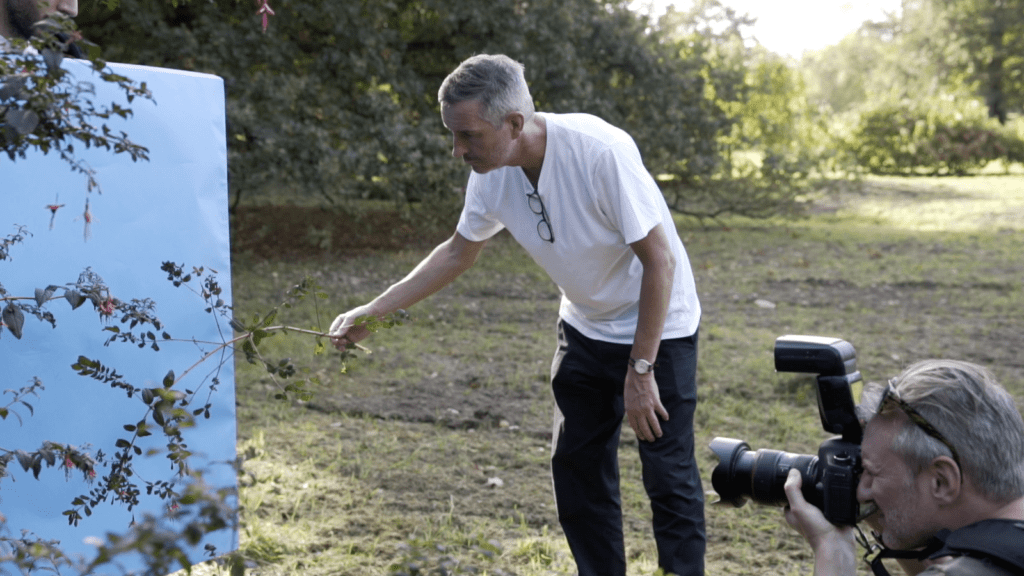 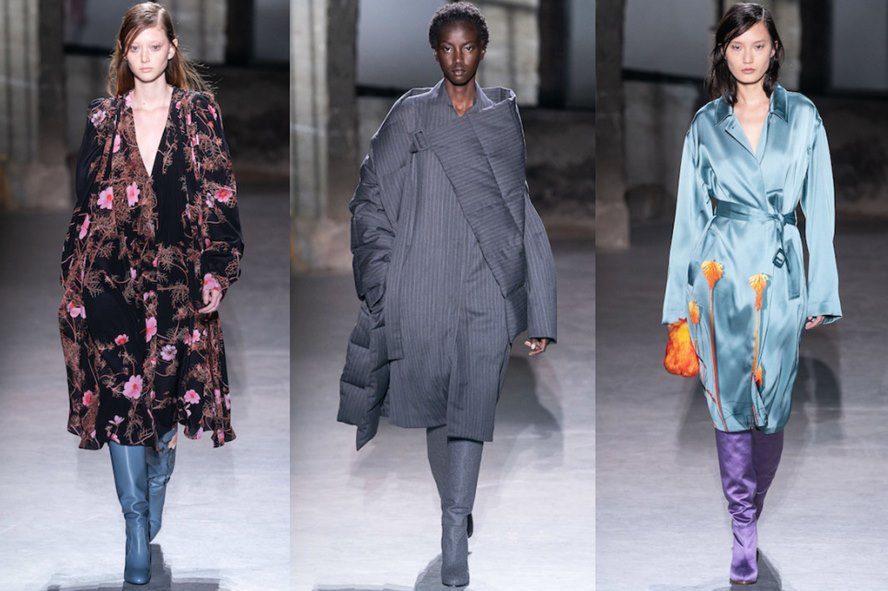