It’s hard to believe that a year has flown by so quickly and we find ourselves in Met Gala Season. For the last few years, Anthony Rubio took on the designated theme to create canine couture renditions of what is to be expected of the event.

Each year, he waited on baited breath for the announcement of that designated theme. When the announcement that this year the theme is “Camp: Notes on Fashion, he realized that unlike past years this theme could take one in many directions. Camp can be interpreted in various ways and he had to keep an open mind as far as inspirations were concerned. Anthony decided to recreate iconic fashion camp as inspired by top Fashion Designers in the past few years. 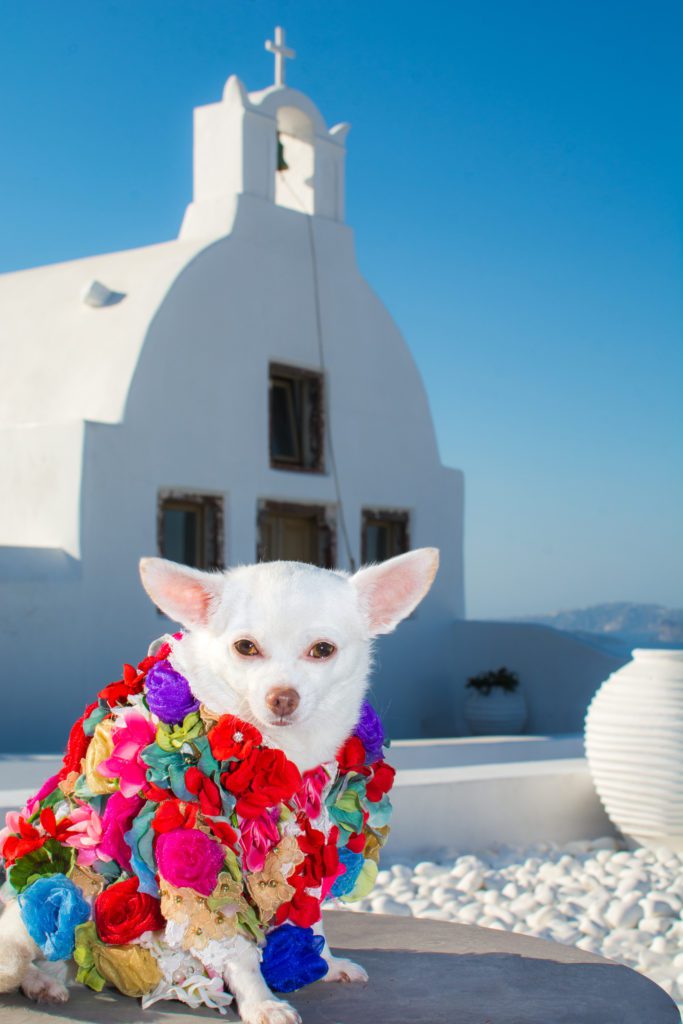 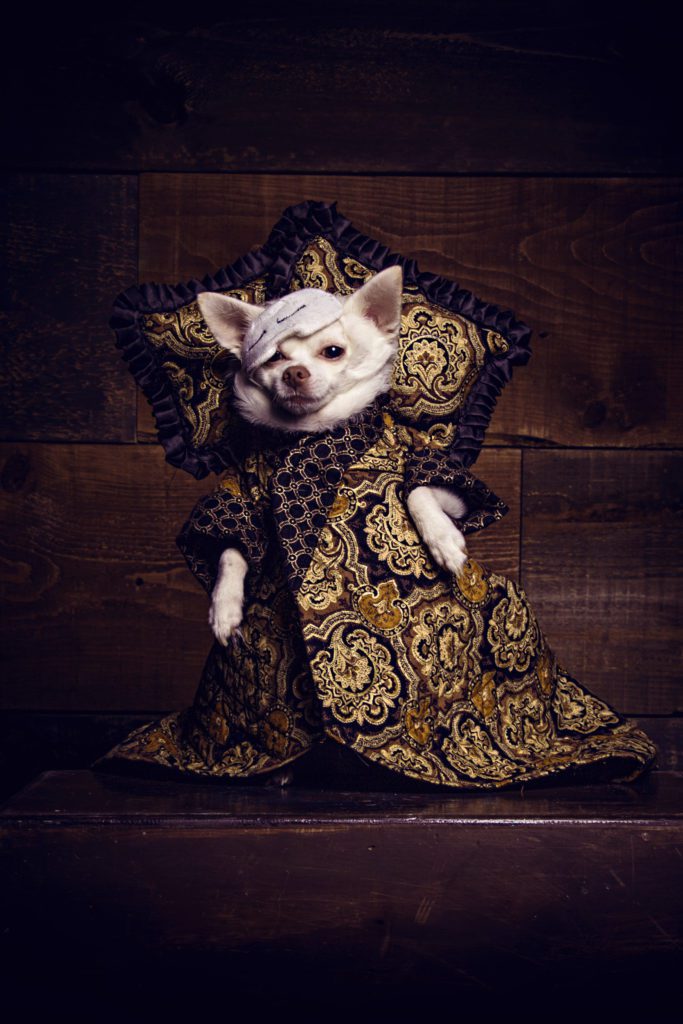 While his Chihuahua, Bogie models a coat made up of Teddy Bears as inspired by a coat designed by Jean Charles De Castelbajac, Kimba models a Comforter and pillows couture creation inspired by Viktor and Rolf. There is a three dimensional floral coat inspired by Dolce & Gabbana and to bring us up to date a magnificent ruffled creation in the most vibrant colors inspired by the recent collection by Tomo, Koiz. 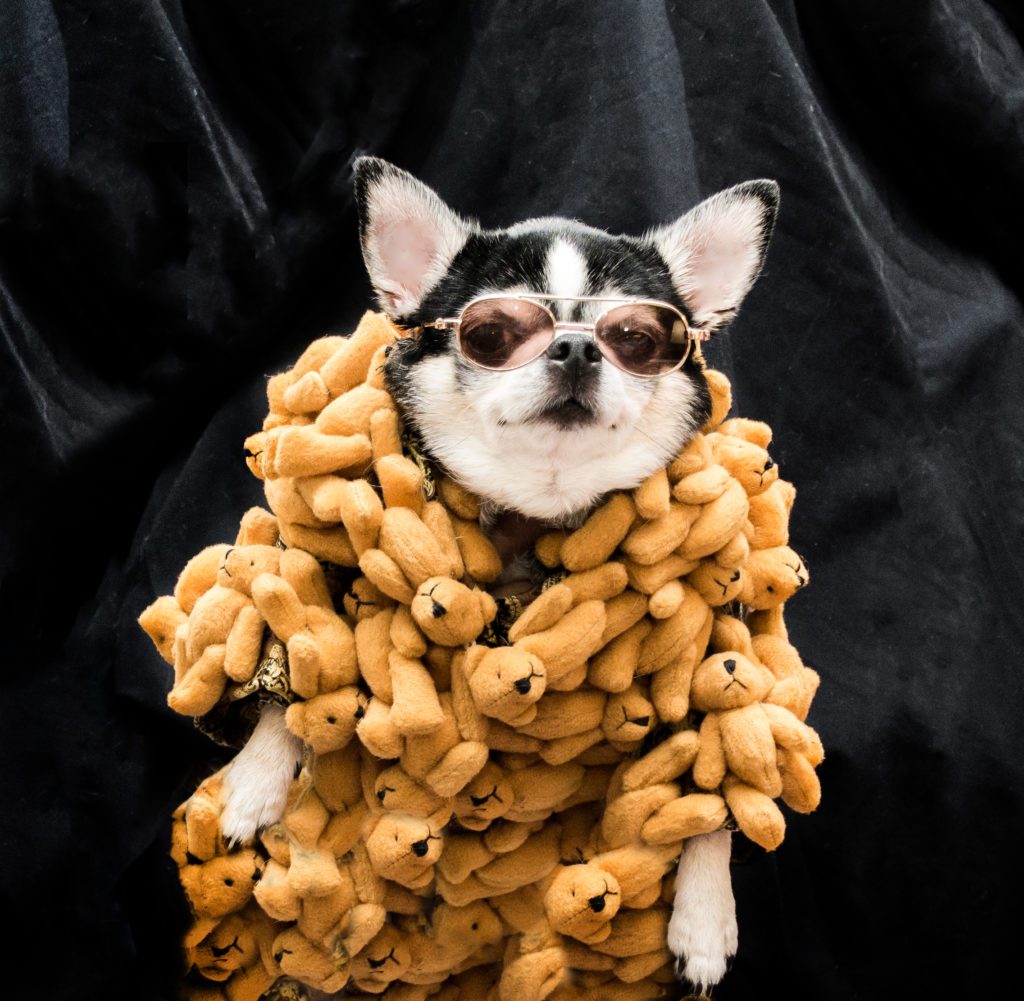 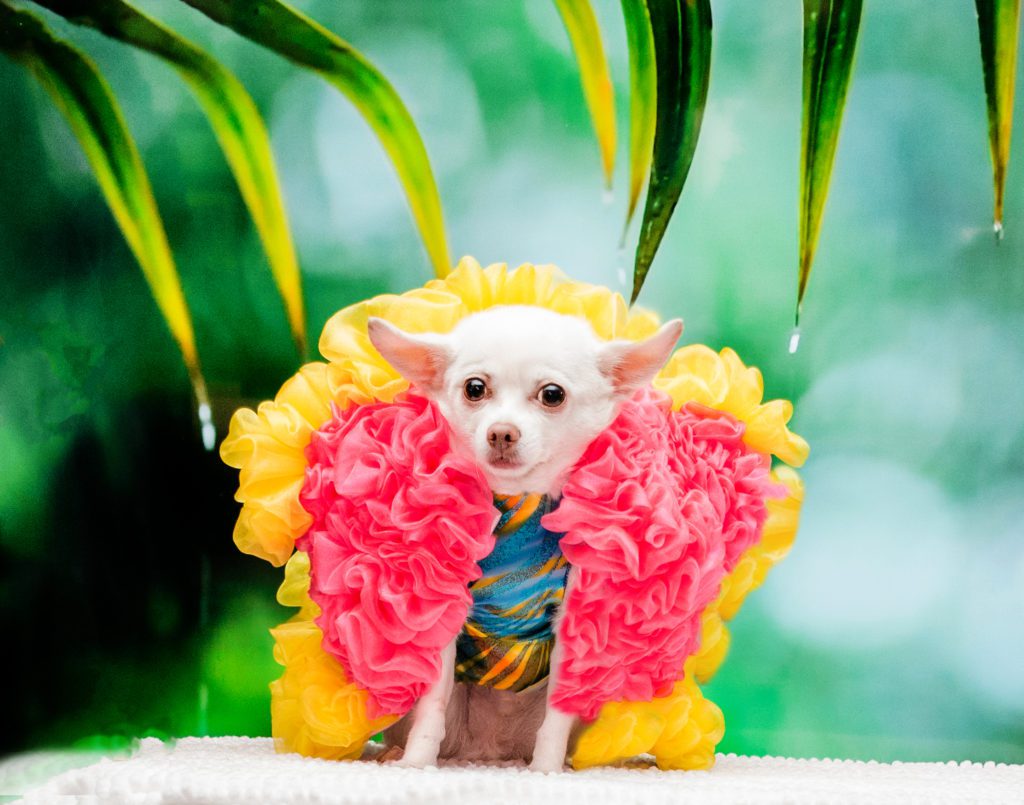