It’s always easier to laugh at something when it’s not about you; but be very afraid. HBO’s Insecure has mastered the art of unpacking all your baggage and leaving it on the front stoop for the world to see. It’s like watching your WCW blow you off for someone else; or like that time you tried to play it cool and failed miserably. Perhaps you thought you had a great presentation at work—but you didn’t. Your numbers were off, the statistics were outdated or maybe you missed the email that said not to mention “this point” in the presentation, yet you spent 15 minutes talking about it (cringeworthy).

Now, imagine experiencing all those nerve wracking situations without actually having to be apart of them! That’s right, you get to watch like a fly on the wall as the drama unfolds; stuffing your face with cookies and telling the TV just how you feel. The beautiful and brutally honest Issa Rae gives us the opportunity to bask in that awkwardness; and I am obsessed! So much of pop culture is built on imaginary perfection or fictional lifestyles, but Insecure does the exact opposite. It takes the stressful situations in our daily lives and challenges them head on. 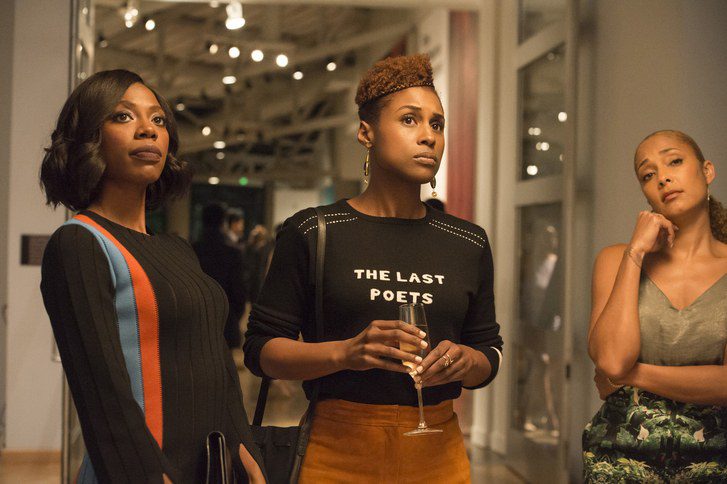 Issa Rae is transcending tv as we know it with raw honesty, reminding viewers that it’s not just you. Her ability to be authentic and relatable is what brings me back every Sunday with my trusty box of cookies. Beside the fact that Issa is hilarious, she has managed to create an addictive television series that encompasses black love, black struggle and black girl magic all at the same time. #TeamIssaRae

Also, did I mention the Soundtrack is Ah-mazing? Listen here

Miley Cyrus Shines in Pride Concert Special “Stand By You”

Watch Out for Man Cleavage