On June 12th, acclaimed comedian Dave Chappelle released a new special through Netflix, called “8:46.” In this special, he discussed the murder of George Floyd, the protests spanning the nation, and much more. While many expected Chappelle to display his comedic prowess, he delivered an emotional speech filled with anger, sadness and frustration like we’ve never seen from him. While one could spend hours dissecting the spoken content of this special, let’s look at the potentially symbolic nature of his clothing choices. 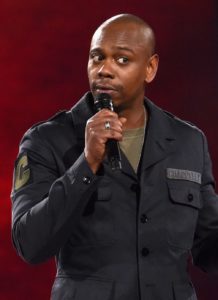 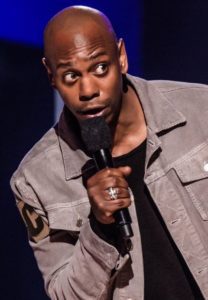 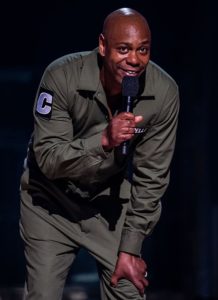 For anyone who has watched Dave Chappelle perform comedy in recent years, you’ve likely seen him in a particular outfit. In most of his Netflix specials, Chappelle is seen wearing custom-made clothing. In his special, “Age of Spin,” he wears a black jacket with a green patch, containing his last name, stitched above his left breast pocket. On his right sleeve, he has another stitched patch that displays his logo, a large letter C. In “Equanimity,” Dave wears something similar, except his jacket is grey with only his logo stitched on his right sleeve. In “Sticks and Stones,” Dave’s dark green outfit resembles a “window washer” uniform, as explained by comedian Neal Brennan, with similar stitchings to those found on the “Age of Spin” jacket. In all of those specials, he wears no other clothing with recognizable branding, including his pants and shoes. What’s the significance of wearing custom-made clothes? If I had to guess, Dave Chappelle is largely regarded as an artist who is wholly original and himself. Both his fans and colleagues in comedy, such as Kevin Hart, Chris Rock, and others, have labeled him as one of the most unique, intelligent, and fearless comedians in the world. Thus, in the same way that his style of comedy is unique to himself, it only matches that his clothing is unique, as well.

Now, the expectation of Dave wearing his own brand of clothing for a comedy special was subverted when he released his newest special a few weeks ago. Instead of the usual Chappelle-branded jacket or jumpsuit, Dave walked on stage in a black shirt with a minute fishnet texture, black cropped sweatpants, and white Nike shoes with a large black Swoosh. Additionally, he wore a silver necklace with his logo on it and a silver watch. 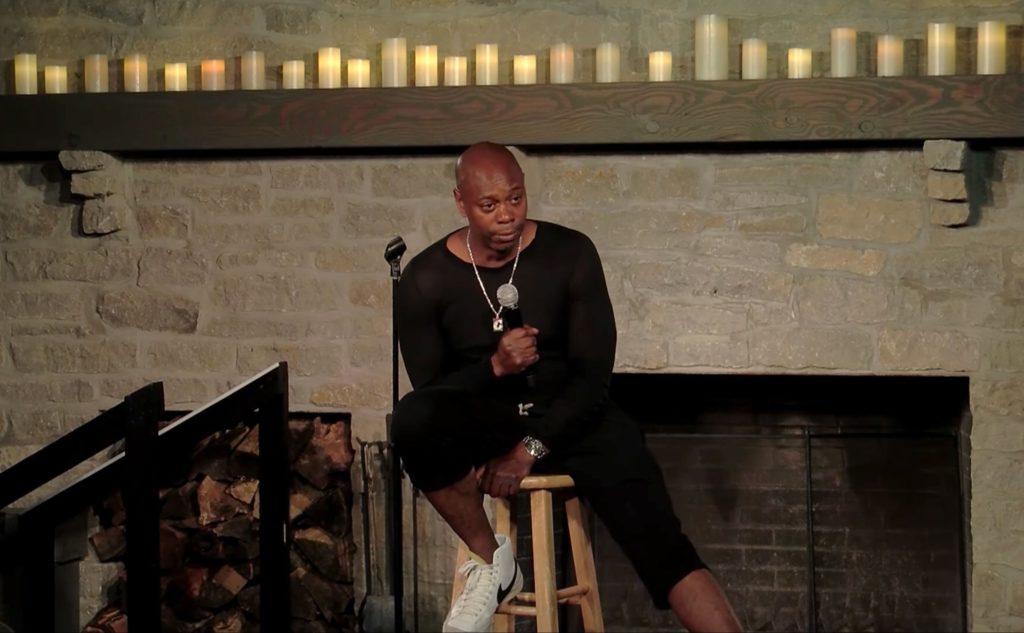 Strictly from an outside view, the logic of not wearing Chappelle-branded clothes makes sense. Firstly, he wears those outfits primarily for comedy specials, and “8:46” contained very little comedy. If anything, “8:46” felt more like a speech of frustration, anger and sadness for the current state of events. The portrayal of these emotions by Chappelle also makes it clear why he chose certain colors for his outfit. In many cases, black is symbolic for death and mourning. For instance, many people in the Western world wear black to funerals. Considering the special is largely focused on the death of various Black people at the hands of police, it makes sense that his shirt and sweatpants color reflect the theme of death and capture his own state of mourning for those individuals. Furthermore, there is an added layer of Chappelle mourning for this country, considering its history of cruelty towards Black people and how much progress still needs to be made towards achieving racial equality. Lastly, the candles in the backdrop of the stage make the set feel eerily like a vigil. This further adds to the themes of death and mourning that are evoked by the aesthetics and content of the special.

Throughout the special, as mentioned earlier, Chappelle is visibly enraged. In most specials, where his material is airtight and hilarious, Dave Chappelle lets his emotions fly with an immense vulnerability. In the video description, he even apologizes for how “unrefined” his special is. This idea of vulnerability is emphasized by his shirt. When Chappelle gets extra emotional and moves his body, the black fishnet-like shirt stretches revealing his skin underneath. In the same way that he’s laying bare his feelings in emotional moments, his body is laid bare, as well. 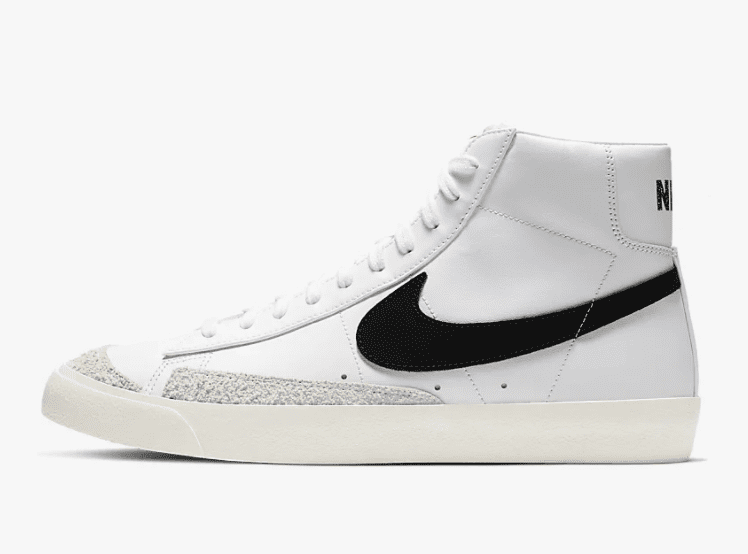 Now, his white shoes provide a major contrast in color to his black outfit. As mentioned earlier, Chappelle isn’t one to showcase brands on stage, aside from his own. However, this time he has on Nikes, that are likely Blazer Mid ’77 Vintage shoes. Throughout the special, Chappelle kneels on the ground when discussing what happened to George Floyd. Considering the act of kneeling and his Nike shoes, it’s difficult not to think about Nike’s commitment to Colin Kaepernick, who kneeled against police brutality. Many around the nation pointed out the irony of Kaepernick facing backlash for kneeling against police brutality, while just two months ago a police officer killed George Floyd by kneeling on his neck. In the past, Dave has expressed support for Kaepernick in his special, “The Bird Revelation.” Thus, by wearing Nikes during a special with its particular subject matter, Dave could be making a statement with regards to the tragic irony George Floyd’s killing and his continued support of Kaepernick.

While Dave Chappelle isn’t wearing Chappelle-branded clothing, his necklace does have his logo on it. Chappelle still having his logo on his body reminds the audience, as it did in prior specials, that he’s still speaking his truth on stage. Even though this truth may not be in the form of comedy, these feelings and statements are still his own. 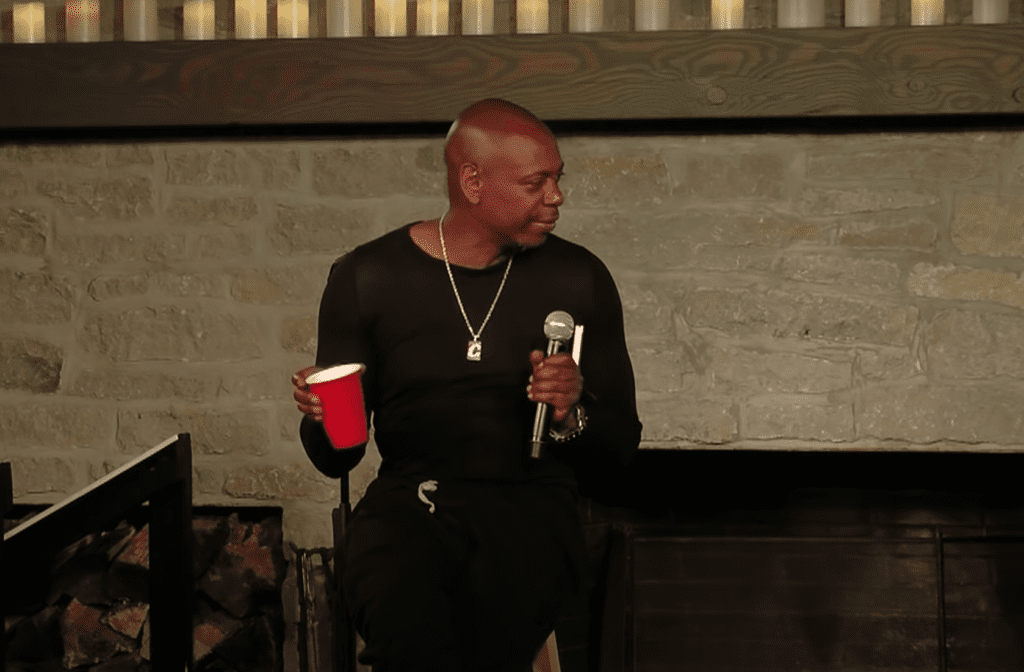 Now aside from his choice of clothing, there is one prop Dave uses to further convey his emotions of anger and establish a tone of mourning. This prop is his red cup. Firstly, red cups are synonyms with alcohol drinking, so it’s likely that Dave is drinking alcohol on stage. Alcohol has been associated with sadness, given that some individuals drink when they’re upset or depressed. Moreover, alcohol lowers one’s inhibition, which often allows an individuals to speak more freely. These two associations may apply to Dave Chappelle, given that he may be using alcohol as a mechanism to deal with sorrow and say how he feels. Additionally, the color red often symbolizes anger and aggression, which Chappelle clearly displays on stage in various moments.

As an individual who has watched Chappelle for years, I couldn’t be happier that he released “8:46” to capture how he and many others have felt with regards to current circumstances. Moreover, whether he consciously did it or not, I believe that Dave Chappelle’s outfit choice and aesthetic surroundings played a role in establishing his feelings of anger, frustration, and sadness throughout the special.

Your Weekend Binge: The Handmaid’s Tale

Presidents, Celebrities, Legends Tip Their Caps to 100 Year Anniversary of the Negro Leagues

Your Weekend Binge: The Handmaid’s Tale