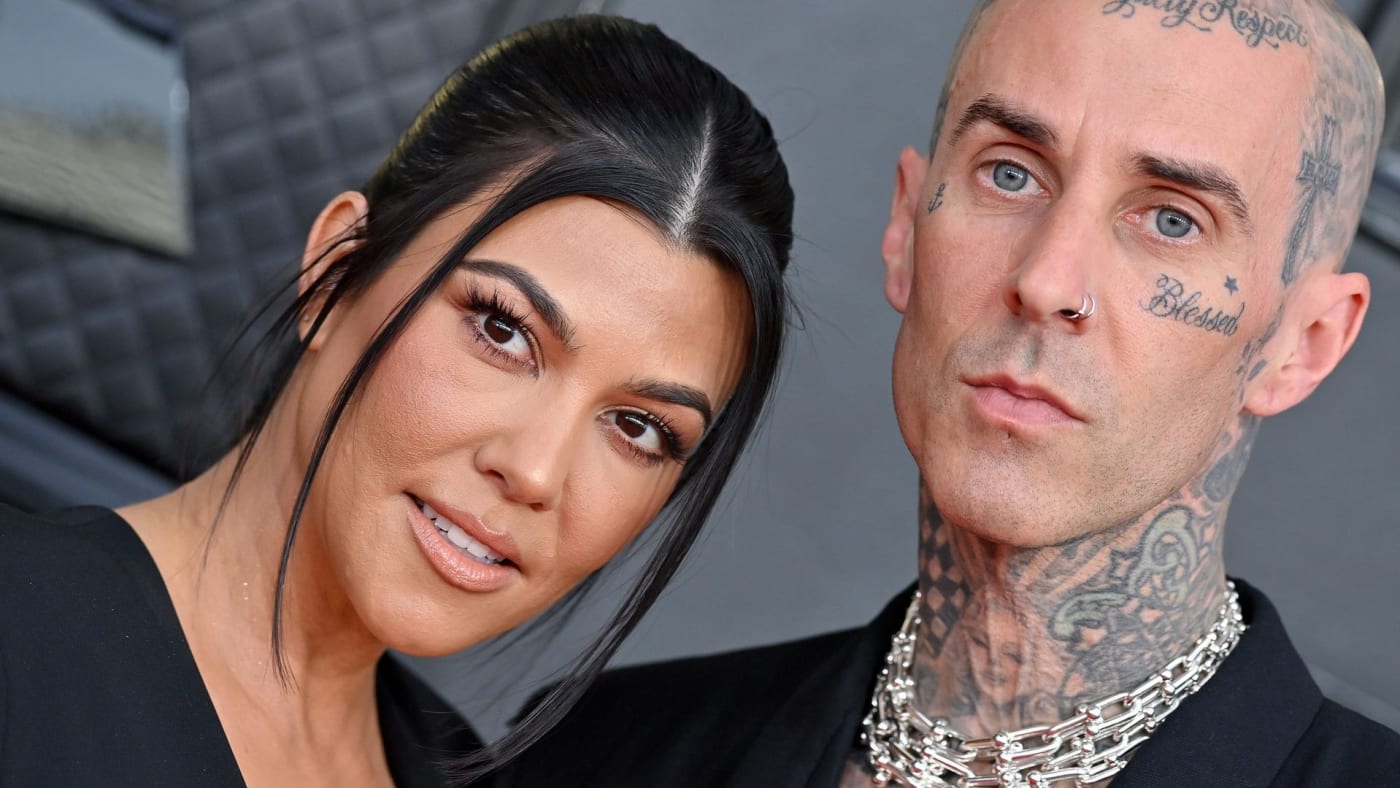 Musician Travis Barker, who married wife Kourtney Kardashian in May, was sent to West Hills Hospital last week in Los Angeles. He was experiencing agonizing pain and cramps. Barker was later diagnosed with Pancreatitis. The couple has since commented on the ordeal they have been through the last week.

Pancreatitis is the inflammation of the Pancreas. There are many causes for Pancreatitis, but some include injury to the stomach, trauma, infection, and Pancreatic cancer. The symptoms include abdominal pain, nausea, and vomiting. Mayo Clinic explains on their website that if a person is experiencing consistent abdominal pain and cannot sit in one position comfortably, they need to go to the hospital immediately. Pancreatitis with treatment can be cured in days or weeks.

On Monday, June 28, Barker went in for an endoscopy. Later that day after dinner he was in agonizing pain. He was then taken to the hospital with his wife Kourtney Kardashian by his side.  He was diagnosed with Pancreatitis and has been hospitalized since. Later he was transferred to Cedars-Sinai Medical Center to receive specialized treatment. His loved ones and celebrity friends have expressed their love and support for him on social media throughout the week. Kardashian and Barker requested privacy during his hospitalization, but recently commented on the health scare.

On Saturday, July 2, in a statement on Instagram, Barker explained his medical scare to his followers.

“..During the endoscopy, I had a very small polyp removed right in a very sensitive area, usually handled by specialists, which unfortunately damaged a critical pancreatic drainage tube. This resulted in severe, life-threatening pancreatitis,” said Barker.

He continued, stating that due to “intensive treatment” he is feeling “much better.”

Kardashian then commented on her Instagram story her gratitude for the staff at Cedars-Sinai Medical Center. She explained how frightening the last week has been. Kardashian and Barker’s daughter with Shanna Moakler, Alabama, have not left his side during this whole ordeal. Barker’s other children, who were unable to go and see him, made known their support for their father. Kardashian also thanked the staff at Cedars-Sinai Medical Center for taking care of Barker.

“Oh what a scary and emotional week it has been. Our health is everything and sometimes we take for granted how quickly it can change…I am so grateful to God for healing my husband, for all of your prayers for him and for us, for the overwhelming outpouring of love and support,” said Kardashian.

A source exclusively told Us Weekly on Wednesday, June 29, that Barker will hopefully be released in 24-72 hours. Kardashian and Barker have not yet confirmed that he has been released from the hospital. However, on Sunday, July 3, they both posted on their Instagram story a picture of a basket filled with board games on the floor of what could be their home.