In 1970, the IOC formally expelled South Africa from the Olympics for not racially integrating their sports teams.

Sports have long been a mechanism for bringing people together. The Olympics in particular are the grand stage where athletes and spectators alike come from all over the world to celebrate healthy competition and athleticism. The Olympics birth national pride and international community. This very reason is why in 1970, South Africa was not invited to participate in the Olympics due to their discriminatory practices against black South Africans.

Between 1948 and the 1990s, South Africa participated in a form of institutionalized racial segregation commonly known as apartheid. The system began when the English and Dutch colonized South Africa in the 17th century, and it was based on a belief in white supremacy, and worked to keep the white minority population in power. It affected every aspect of life, preventing inter-racial marriages, creating “white-only” jobs, and even segregating all sports by race.

Sports have a long history of being marred by politics and personal opinions. The South African Olympic and Empire Games Association (SAOEGA) was compiled of only white members, and as such, they sent only white athletes to participate in the Olympic Games. Avery Brundage, President of the IOC at the time, regarded sports and politics as two separate entities. He did nothing to combat the segregation, despite constant complaints of the clear discriminatory practices by South Africa. However, the National Olympic Committees of other countries began to question this stance especially as South Africa began to be decolonized in the late 50s. 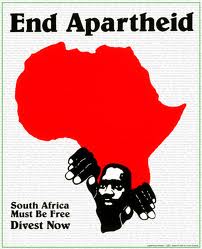 Soon it became clear the IOC could not continue to do nothing. The SAOEGA’s actions blatantly disregarded the IOC’s Charter of Olympics ban on discrimination which states that ” any form of discrimination with regard to a country or a person on grounds of race, religion, politics, gender or otherwise is incompatible with belonging to the Olympic movement.” Eventually with mounting support for a boycott, the IOC withdrew an invite to South Africa to the Olympics in 1964. The IOC almost readmitted South Africa in 1968 following reassurance to send athletes from both races, but other African nations threatened to boycott the Olympics if the IOC did not continue to boycott South African participation. In 1970, South Africa was formally expelled.

South Africa became subject to international boycotts from multiple countries. However, in 1968, African nations called for New Zealand to be suspended for blatantly disregarding the international boycott of South Africa by continuing contact with the country. The IOC refused, and 29 countries boycotted the Olympics in 1976. These actions to protest apartheid was not just limited to the Olympics, South Africa was banned from the Chess Olympiad, the Golf World Cup, FIFA World Cup, and Table Tennis World Championships, to name a few. The majority of the sporting world had come together to protest South African apartheid practices. It was time for change. 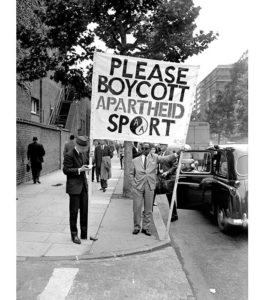 It took decades, but eventually the laws that upheld apartheid were dismantled through a series of negotiations between 1990-1991. Politically and culturally, South Africa was undergoing an important transitional period. With the end of apartheid, the sporting world quickly welcomed South Africa back. The Olympic ban on South Africa had lasted over two decades, but on July 9th, 1991, 29 years ago, the IOC formally readmitted the country into the Olympics.

The sports boycott of South Africa forced the government to reevaluate their discriminatory system. There was no place for a country that would not allow black and white athletes to compete together. Eventually, apartheid was disassembled allowing the chance for unity between the black and white population in South Africa. In 1995, South Africa was allowed to participate in its first World Cup since the worldwide boycott. They hosted and won the Rugby World Cup, creating a nice welcome back to the international sports stage. 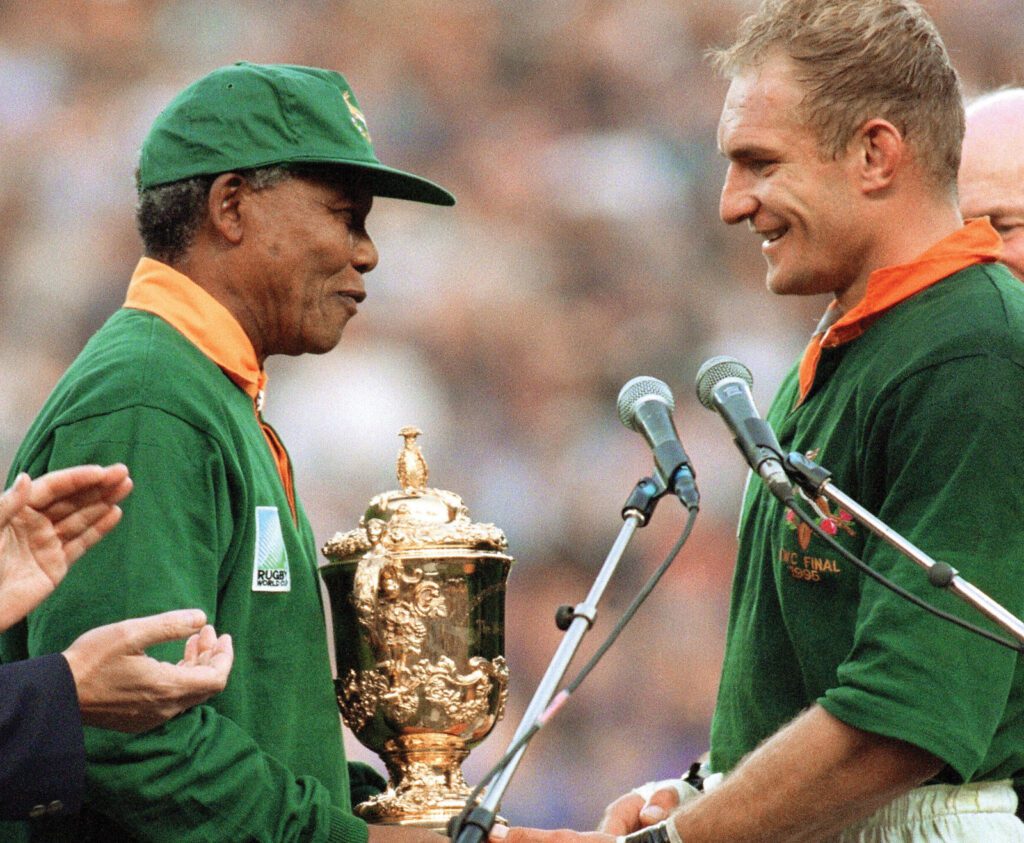 Centre Pompidou is to shut down for three years