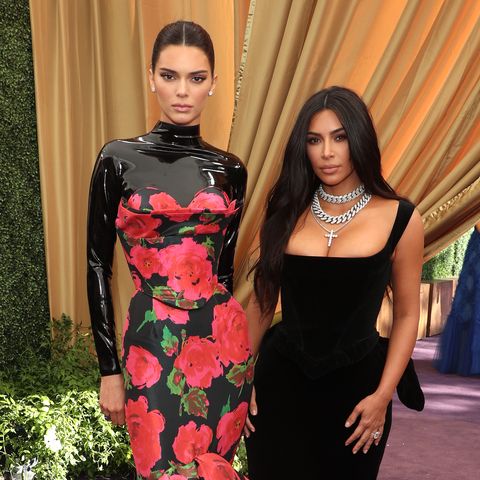 One of the things a lot of people couldn’t do during the pandemic was having large gatherings to celebrate their birthdays. However, the Kardashian and Jenner family did show out, on what they were capable of doing during this pandemic. Last week, the family was criticized for celebrating Kim Kardashian’s 40th birthday. Now, Kendall Jenner is being dragged for having a birthday bash on Halloween weekend during the pandemic.

It all started last week when Kim Kardashian was criticized for inviting a large group of close friends and family on a private island for her 40th birthday. She went to social media posting her photos stating, “After 2 weeks of multiple health screens and asking everyone to quarantine, I surprised my closest inner circle with a trip to a private island where we could pretend things were normal just for a brief moment in time”. Going on a private island during a pandemic is far from “normal”. No one is mad at what she did, it’s the fact she posted it showing off her wealth, knowing millions of people around the world are dying.

Now we probably would have thought, Kendall Jenner would take notes from her sisters backlash, but clearly she didn’t. Jenner celebrated her birthday on Halloween, throwing herself a birthday bash. The whole family was in attendance, as well as The Weekend, Jaden Smith, Justin and Hailey Bieber, and more. At the party, there were no mask or no social distancing insight. The Jenner sister thought she wasn’t going to get backlash due to her rule at the party. At the party, she had flyers that read,“ No social media, take all the photos you want, but please do not post on social media of any kind” Some of the guests did not follow directions. Jenner knew what she was doing and was wrong wanting to try to keep things on the low to avoid backlash. The worst part is her blowing out her candles, while the waiter backs away from her.

Ok Kendall Jenner blowing out candles as a masked waiter holds her cake and tries to move out of the way was actually the scariest thing I saw on Halloween pic.twitter.com/o46ri7TJ9W

People went to social media saying all kinds of things, saying how can celebrities tell people to stay home and wear a mask, but still go out to party. People believe celebrities think that the rules don’t apply to them, but they do. They rather do things their way to make them happy even though we are in a pandemic.