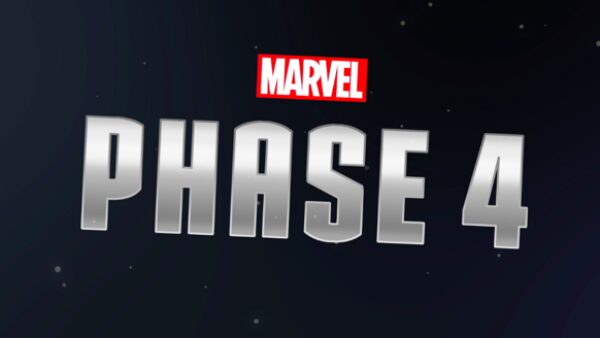 It’s safe to say that 2020 is not what anyone expected it to be this year. It’s strange to think back on New Year’s Eve and remember the celebration of not only the end of a year, but the start of a new decade. “New decade” can mean a lot of things, but for this purpose, I’m talking about new movies.

There was a lot to look forward to in terms of movies, especially with the Marvel Cinematic Universe (MCU).

2019’s Avengers: Endgame was the final chapter in the MCU’s 10-year-long story about our favorite heroes, and Spider-Man: Far From Home put a close to Phase 3 of the MCU. Phase 4 of the MCU was supposed to begin this year with Black Widow, starring Scarlet Johansson, but due to the global pandemic and COVID-19, the release date was pushed back–in fact, many more of Marvel’s planned filming for shows and movies were all pushed back.

Marvel Studios underwent a CEO change in the past ten years and released Black Panther (2018) the studio’s first African-American led superhero film. In 2019, they released Captain Marvel, their first female-led movie, and this year would have been the second female-led movie to hit theaters with Black Widow.

In the beginning, the MCU was met with much love and appreciation for the heroes we’ve come to know, like Captain America and Iron Man, but many people asked if the MCU was ever going to introduce POC heroes and have female-led movies. Those movies were always in the works, but I think they came at the right time when they did–and Marvel didn’t disappoint.

Despite the movies for Phase 4 being pushed back and delayed, the hype for superhero movies, especially when it comes to Marvel, can never die down. If there’s anything that Marvel fans are good at, it’s being patient and anticipating the next project that releases. And for this next phase, Marvel fans have much more diversity and adventures of both old and new heroes to look forward to.

Phase 4 contains of these movies, which have all been delayed due to the pandemic:

Simu Liu, who will star as Shang-Chi in the MCU’s first Asian-led movie, Shang-Chi and the Legend of the Ten Rings, took to Instagram this weekend his thoughts on his casting, missing out on Comic-Con this year and how much he is looking forward to start filming:

“A year ago at Hall H, I told David Harbour that I was a huge fan of him as we walked offstage after our big group photo. He smiled and said ‘Kid, after seeing you onstage, I’m a big fan of you, too!’ I can’t even articulate how much I was looking forward to coming back to Hall H to see my friends and share how our film was shaping up. Unfortunately, the Universe had other plans plans for us. What hasn’t changed, Comic-Con or no Comic-Con, is just how much of a Marvel fan I am; of its people and its commitment to make their movies they best they can be.”

Thor: Love and Thunder will have Jane Foster wielding mjölnir, Scarlet Witch will play a big part in Doctor Strange in the Multiverse of Madness. Shang-Chi and the Legend of the Ten Rings will be the MCU’s first Asian-led film. The Eternals features a star studded cast.

Marvel is committed to making their movies the best they can be, and it seems like from the Phase 4 list they are taking their diverse heroes and giving them the movie they deserve–it’s what the fans deserve as well.