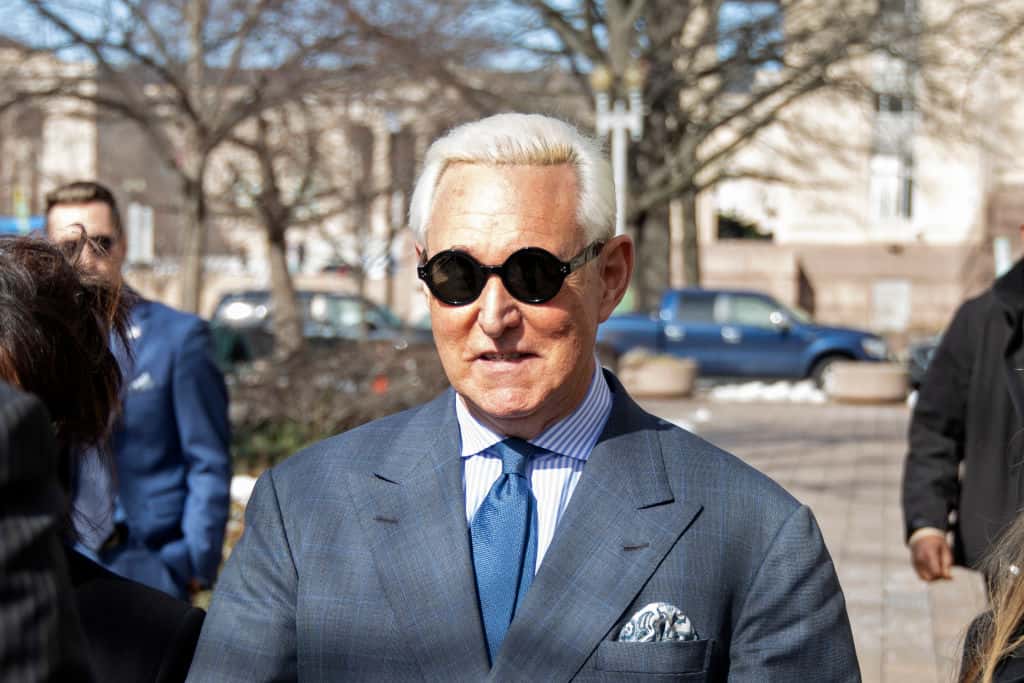 In an interview on the “The Mo’Kelly show”, Morris W. O’Kelly, the Black radio host, claimed he heard Roger Stone use a racial slur as tension grew during a “very spirited conversation.”

Former Trump campaign adviser, Roger Stone, was recently in the public eye again after President Trump commuted the sentence against him. According to The Washington Post, Stone was convicted of seven felony counts, including lying to Congress and witness tampering. He was sentenced to three years and four months in prison, but Trump felt as if Stone became a victim of Russian hacking, so he reprieved the sentencing completely.

Now a little over a week later, O’Kelly accused Stone of using the slur “Negro”, when referring to the host during their interview on Saturday. The two were discussing Stone’s trial and Trump’s commutation. O’Kelly made his opinion of the situation clear, which caused friction between the two.

“But I also believe that your friendship and relationship and history with Donald Trump weighed more heavily than him just wanting to make sure that justice was done by a person in the justice system, that you were treated so unfairly,” said O’Kelly to Stone.

In response to this, Stone muffles. “I don’t really feel like arguing with this Negro”.

Since the audio was released, there has been controversy surrounding what was actually said. KFI-AM transcribed the portion of the interview along with leaving the entire show available to listen to.

After O’Kelly heard what Stone said, he asked for Stone to repeat himself and clarify what he said. Stone didn’t respond for more than 40 seconds while O’Kelly kept asking for him to answer. “Uhh, you’re back,” Stone said, acting as if there was a moment of disconnection between the two.

O’Kelly mentioned that he heard Stone say something about a “Negro” and Stone responded, “I did not. You’re out of your mind.” This incident came shortly after Viacom terminated Nick Cannon for using anti-Semitic commentary in his podcast. Both are situations where the speaker used harmful rhetoric, but the consequences Cannon faced seemed to be harsher with less speculation.

Eric Hananoki, with Media Matters, wrote that Stone has been using caught using derogatory terms in the past. He’s tweeted out “stupid negro” when talking about Roland Marin, a journalist, and “Rachel the muff-diver” when referring to MSNBC host Rachel Maddow. He’s deleted the tweets since then, but it doesn’t take away from what was already said.

Some argue that “Negro” shouldn’t be offensive because it’s used in organizations such as the “United Negro College Fund”. However, considering that the term has been outdated for decades now and the context of the conversation, the slur wasn’t harmful only to O’Kelly’s race, but his profession as well.