As the event begins and the cameras wait for Kanye West to appear, the murmurs from spectators turn into chants of “Yeezy! Yeezy! Yeezy!” The stage is surprisingly dark, with a blue ambiance and an American flag in the background. From the onset of his arrival, we already understand that Kanye has little regard for making this a conventional rally. Instead of the formal attire that most politicians have worn at rallies for years, Kanye walked out in a black t-shirt with a beige vest that read the word “SECURITY.” Moreover, he had “2020” written out in his hair. With no podium or microphone in his hands, Kanye allowed audience members to ask questions and express their views on a variety of topics.

The rally begins with a young lady named Summer, who expresses her concern over her education. On the topic of education, she explains, “Okay, so the problem with education that I was saying is, people are marginalized, they’re not teaching all of history. They’re only teaching it from one perspective, which is a bigger perspective. That’s not always the right perspective, and I feel like if we’re able to include other people into the perspective and into the conversation, it’ll teach the generation coming up how to be more inclusive, how to respond to situations.”

From there, Kanye asks Summer to speak on police brutality. She explains, “okay, so my feelings on police brutality is not everyone should be allowed onto the police force, first of all. So many people are on the police force that shouldn’t be in the police force. They just want to have authority in action and power… There’s one cop that feels like everything is okay, there’s one out that feels like everything is in tatters. And I wish everyone can just come together, respect everyone’s opinions.”

One audience member, Lauren, brought up the issue of healthcare for everyone and talked about the inequalities that exist in the treatment of Black people compared to White people. From this issue, Kanye explained the racial divide from the perspective of his presidency. He explains, “for four years when I wore the Trump hat… I’m going to explain to you that Democrats ain’t get sh** for blacks. And the most racist thing that’s ever been said out loud is the idea that if Kanye West runs for president, I’m going to split the Black votes…. So, I don’t want to say that in an improper way, I just haven’t had the time to word it in the most elegant way possible.” Then, Kanye would go on to deliver the line that set the Internet on fire.

Well, Harriet Tubman never actually freed the slaves, she just had the slaves go work for other white people.

Within minutes, Kanye West’s name would be trending on Twitter with comments of anger, insults, and mockery, including this video below, where some individuals felt the need to leave.

Kanye said this and I left immediately. I went for a laugh and I got one. But when it got disrespectful for me it was over. pic.twitter.com/nNqjUp03mu

Kanye said those infamous words 15 minutes into his speech, and remarkably, carried on for another 45 minutes.

On the topic of illegal immigration, he says, “there’s no such thing as an illegal immigrant. People have been working here and supporting the world, then they need the opportunity for the freedom… for the country that they’ve worked for.” This line was likely surprising for many, given that Kanye’s views on illegal immigration defy the traditional opinions voiced by many in the Republican party.

He began talking about his stance on abortion, claiming, “The statement is, in the Bible, it says ‘Thou should not kill.'” Kanye proceeded to tell an intimate story about Kim Kardashian, where “[Kim] said she was pregnant and for one month and two months and three months, we talked about her and I having this child. She had the pills in her hand. You know these pills, that if you take it, it’s a wrap, the baby’s gone.” However, Kim decided on having the baby and Kanye agreed. He gives credit to Kim, saying that she brought North West into the world when Kanye didn’t want to. He even explained that his mother saved him from getting aborted by his father.

As Kanye says, “I almost killed my daughter,” he broke down on stage and began to cry. It was a heartbreaking and powerful moment. 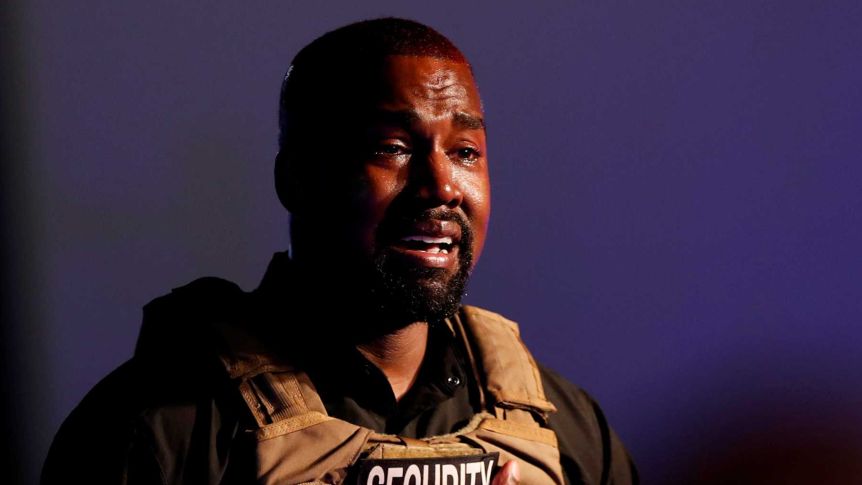 After a four minute breakdown, Kanye continued his speech. He kept talking about abortion, saying, “No more Plan B, Plan A. Anyone who is pregnant, you have an option of $50,000 a year that I will support with the organizations that I make, to take care of the child. You have the Plan A option.”

When questioned about extenuating circumstances that would make it difficult to have a child, Kanye said “I understand if a person is in an impoverished community, why, or if they are impoverished they can’t afford their fifth or sixth or their seventh child, or even their first child. I understand the situation that someone would be in. God would still make it rain. God will make it rain and those people who have never met someone who has said, I had this child and it was the worst thing.”

However, his stance on abortion had an interesting caveat, where he says, “In 2020, abortion should be legal, but the option of maximum increase should be available… Maximum increase would be that everybody that has a baby gets a million dollars or something like that.” Ultimately, it seems that Kanye wants to remove the financial burden that might push certain mothers to abort their babies.

Kanye claims, “every woman or man charged with marijuana will be free.”

Kanye on His Business Relationships

When talking about himself, he claims, “You have someone who is not afraid of anyone and only afraid of God and in honor to God…and is at a 132 I.Q. genius that literally went to the hospital because his brain was too big for his skull and literally.” He went on to explain how he influenced the earnings of both Adidas and GAP, given his respective partnerships with each.

Kanye talked about the lack of ownership amongst celebrities, saying, “any celebrity that you see talking is not the real power.” He said he would “walk away” from Adidas and GAP if he was not elected to their executive boards.

Kanye ended his rally reiterating his position with Adidas, saying, “I own 100% of the Yeezy trademark, but up until now Adidas was getting 85%. And now after this, they either out of business with me or they going to get 10%. I decided not to not make it 15. I decided to make it 10.”

This rally was chaotic, polarizing, emotional, and confusing for many. Reportedly, Kanye West missed the deadline to submit his name on South Carolina’s ballot. Aside from the consequences of public backlash, it seems that this rally may have been futile if Kanye’s ultimate goal was getting his name on the state’s ballot. It will be interesting to see how this impacts Kanye West’s presidential campaign, and moreover, if his controversial comments and stances diminish his public appeal.

When Art Collides with the World of Fashion

A Hidden History: Homosexuality in the Ancient Art World