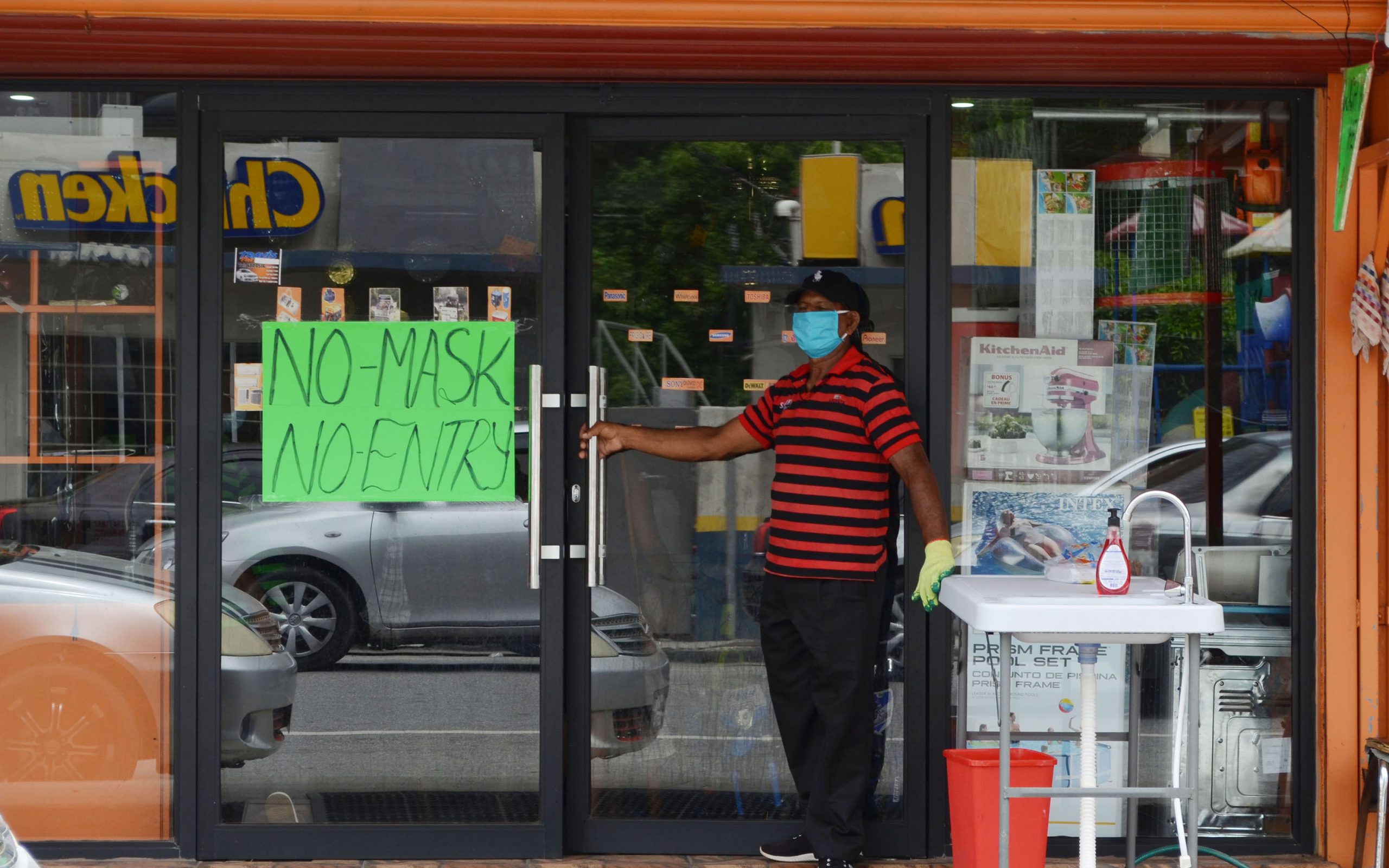 More cities are requiring face masks to be worn as they open back up to the public with COVID-19 cases continuing to rise . However, mask exemption cards are being created saying that the mask poses a “mental and/or physical risk.”

These cards were declared as fraudulent by the U.S. Department of Justice, even though they have the seal of the department on displayed. 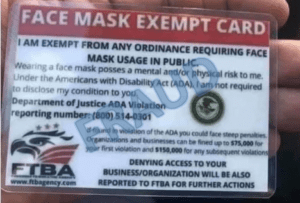 Photo courtesy of the U.S. Department of Justice.

According to the photo on the left, someone would be in violation of the Americans with Disability Act if the individual were to ask about the health condition of the cardholder. The Freedom to Breathe Agency, which is a Facebook group, claimed responsibility for distributing the cards, according to Madeleine Carlisle with TIME. The DOJ seal on the card made the validity of the card confusing. However, with the rejection from the department, it makes it seem as if it was created as an excuse for people to not follow city orders.

“I’m sorry, ma’am, but I don’t think you are worthy of your credentials, and I would ask suggestively that you go back to school and get educated,” said a Palm Beach County resident at a commissioner’s meeting that declared masks mandatory.

Palm Beach Country is located in South Florida, also known to be the hotspot for the virus in Florida. Neighboring counties, such as Broward and Miami-Dade, issued mask orders earlier and began to notice a slower pace in their cases while Palm Beach’s pace increased, as written by Hannah Morse with the Palm Beach Post.

A lot of people who are adamant about wearing a mask will claim that it brings them breathing difficulties, that it’s inconvenient, or that it supports the “hoax” that is COVID-19. The virus has become politicized, leading people to listen to politicians instead of the center that studies it.

President Donald Trump, a Republican, said that people wear the masks to display their disapproval of him rather than protecting themselves from the virus in an interview with The Wall Street Journal.

According to Pew Research Center, 76% of those who lean toward the Democratic Party say they’ve worn a mask or face covering when entering a business, compared to 53% of those that agree more with the Republican Party. As the amount of cases pass 2 million, the country should be more focused on what needs to be done as a whole to combat the virus instead of acting out of personal interest.