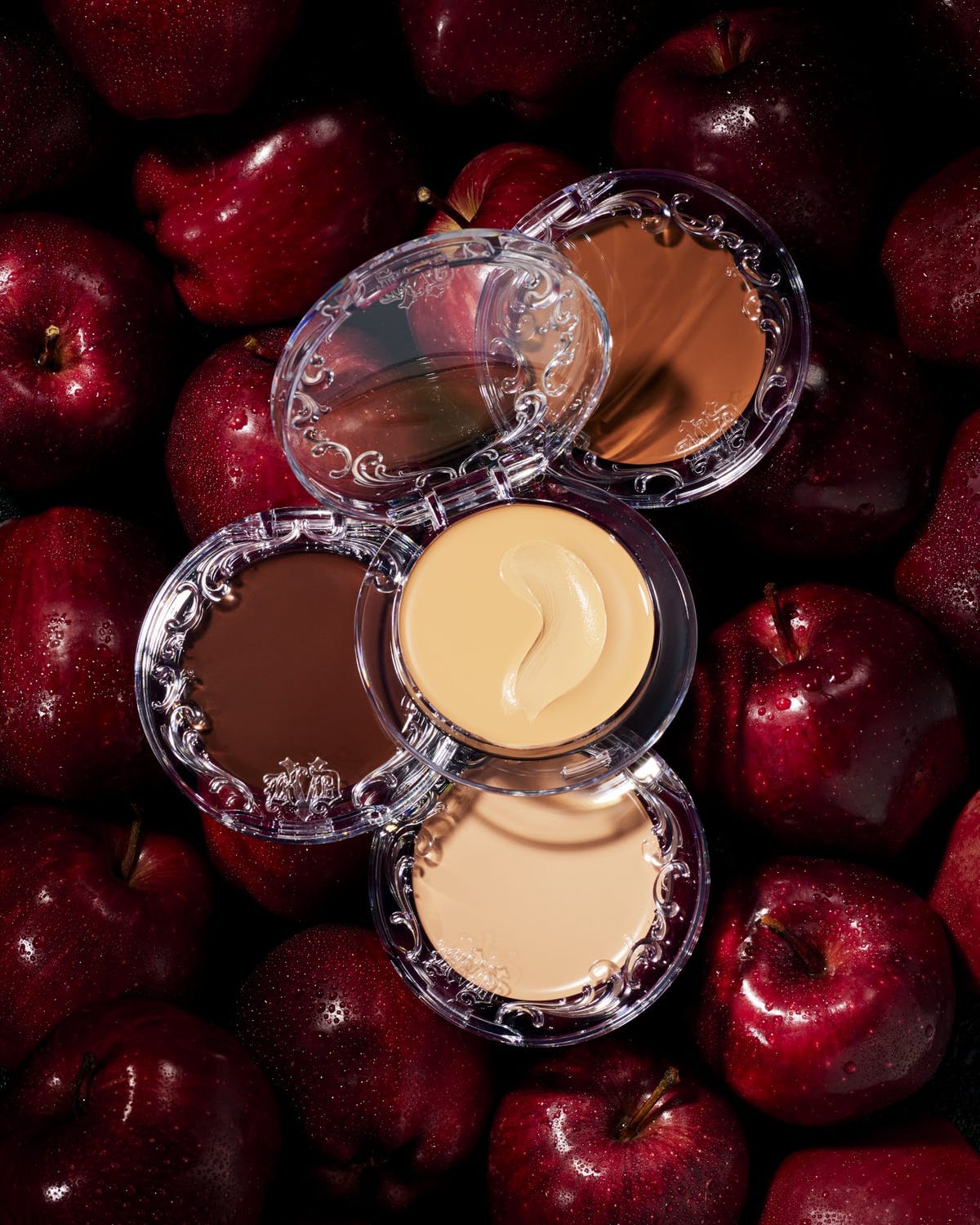 The Good Apple foundation balm is a buildable, full coverage cream formula that settles into a matte, skin-like finish. The product is formulated with apple extract and sodium hyaluronate to hydrate skin and smooth the appearance of pores.

Tiktok videos of the product show the foundation covering up tattoos and severe burns, so you know this product is worth the hype.

This release comes after years of low sales for KVD Beauty. In 2018, the brand’s founder and former owner, Kat Von D sparked controversy when she refused to vaccinate her then unborn son and vowed to raise him as a vegan. Accusations of Nazism further hurt her public image.

That marketing strategy failed amongst both beauty enthusiasts and general consumers as the brand continued to flounder.

After a few releases that have flown under the radar, KVD Vegan Beauty rebranded for a second time last month, changing it’s name simply to KVD Beauty.

It seems like the “new” KVD Beauty has returned to its edgy, tattoo inspired roots. Its newest release affirms this claim, seeing that Good Apple foundation has been marketed as a tattoo cover-up.