DIESEL CELEBRATES THE LAUNCH OF SOUND OF THE BRAVE FRAGRANCE WITH A LIVE CONCERT AT ELSEWHERE IN BROOKLYN, NY 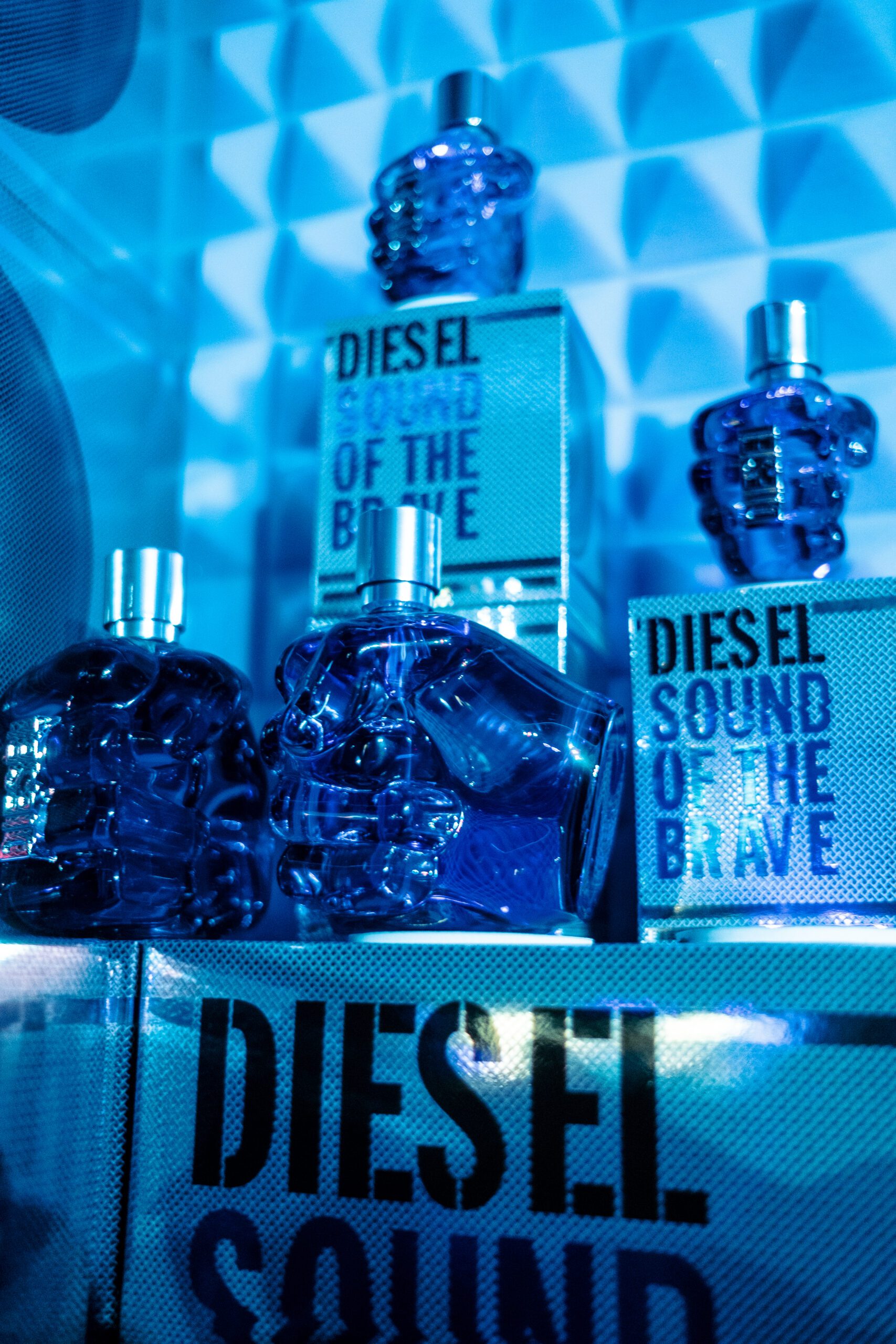 DIESEL CELEBRATES THE LAUNCH OF SOUND OF THE BRAVE FRAGRANCE WITH A LIVE CONCERT AT ELSEWHERE IN BROOKLYN, NY

Thursday, September 23rd, DIESEL celebrated the launch of their new fragrance, SOUND OF THE BRAVE with a private concert at Elsewhere in Brooklyn. The evening was hosted by Terrence J. Performances were kicked off by A.Chal, Luh Kel, and DJs Angel + Dren, with rapper Flo Milli closing the show! Guests included Victoria Brito, Indira Cesarine, Chris Lavish, Francesca Vuillemin, Tanner Reese and more, who enjoyed the interactive fragrance bar and a recording studio-inspired photo-booth. 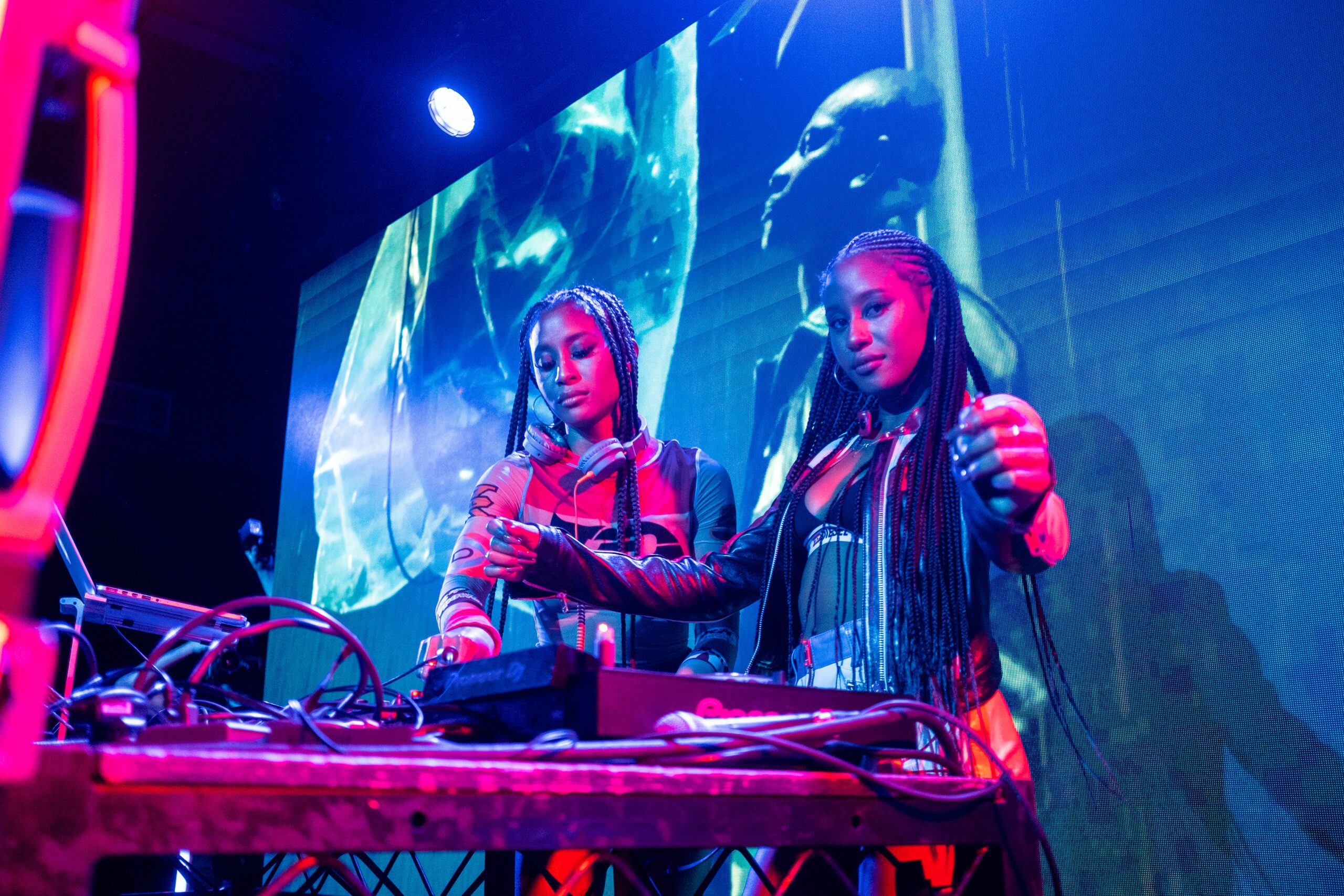 Dj’s Angel + Dren kept the crowd warmed up as guest came in and enjoyed themselves with drinks and festivities. 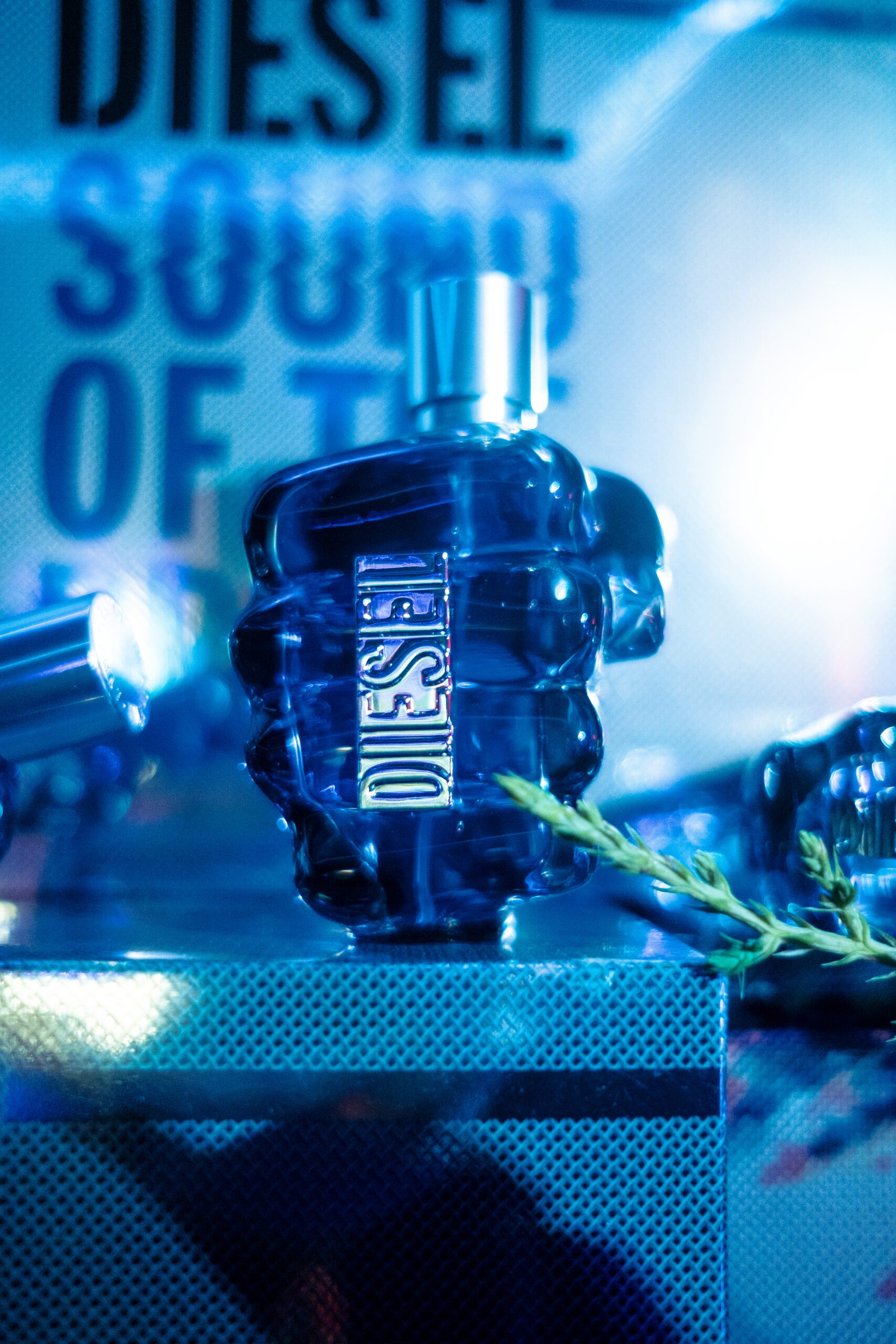 The night was full of excitement with drinks flowing and so many great people to speak with. Diesel’s Sound of The Brave event did not disappoint in anyway and with the event taking place at Elsewhere Lounge you had so much space to walk around and to meet so many different people. 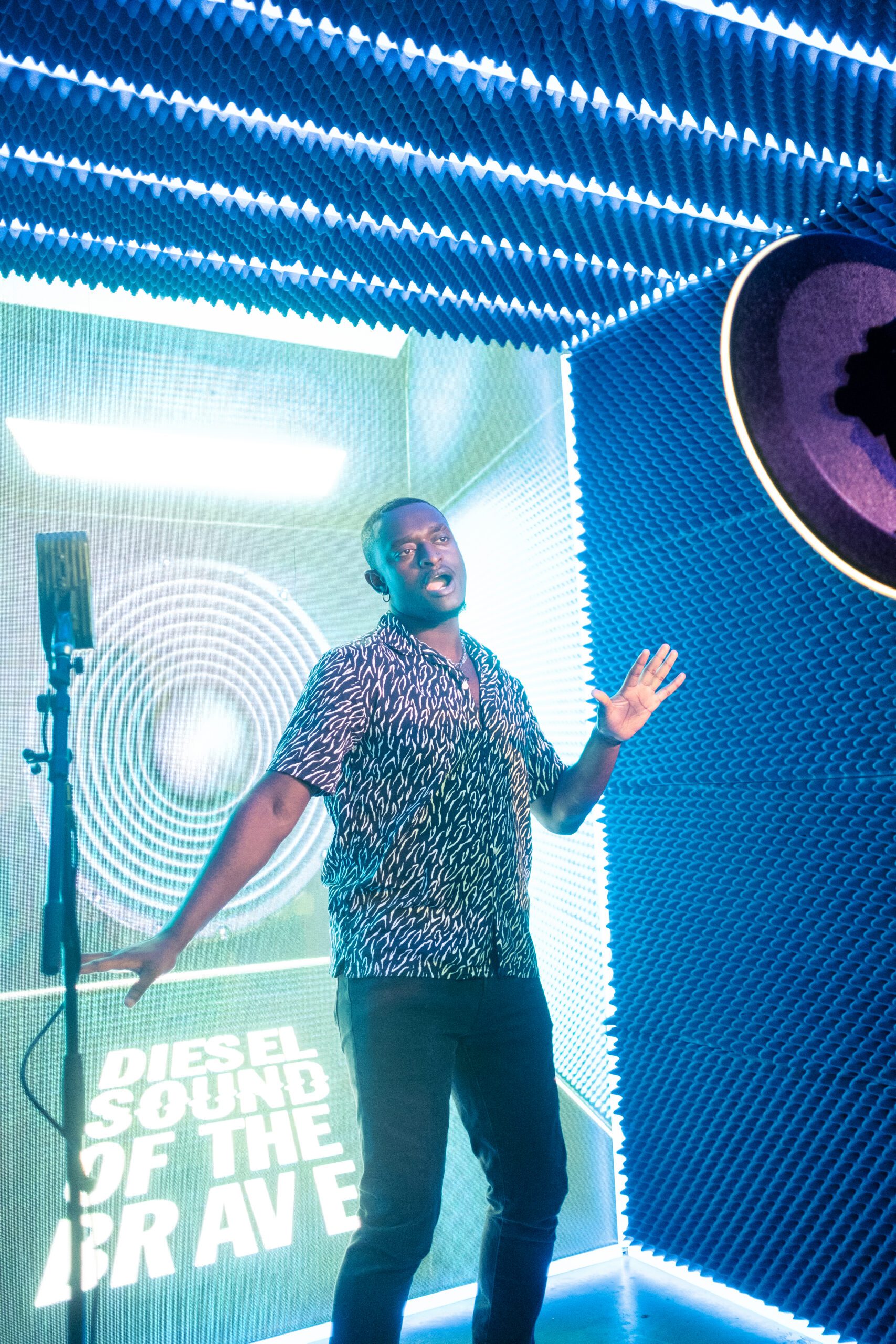 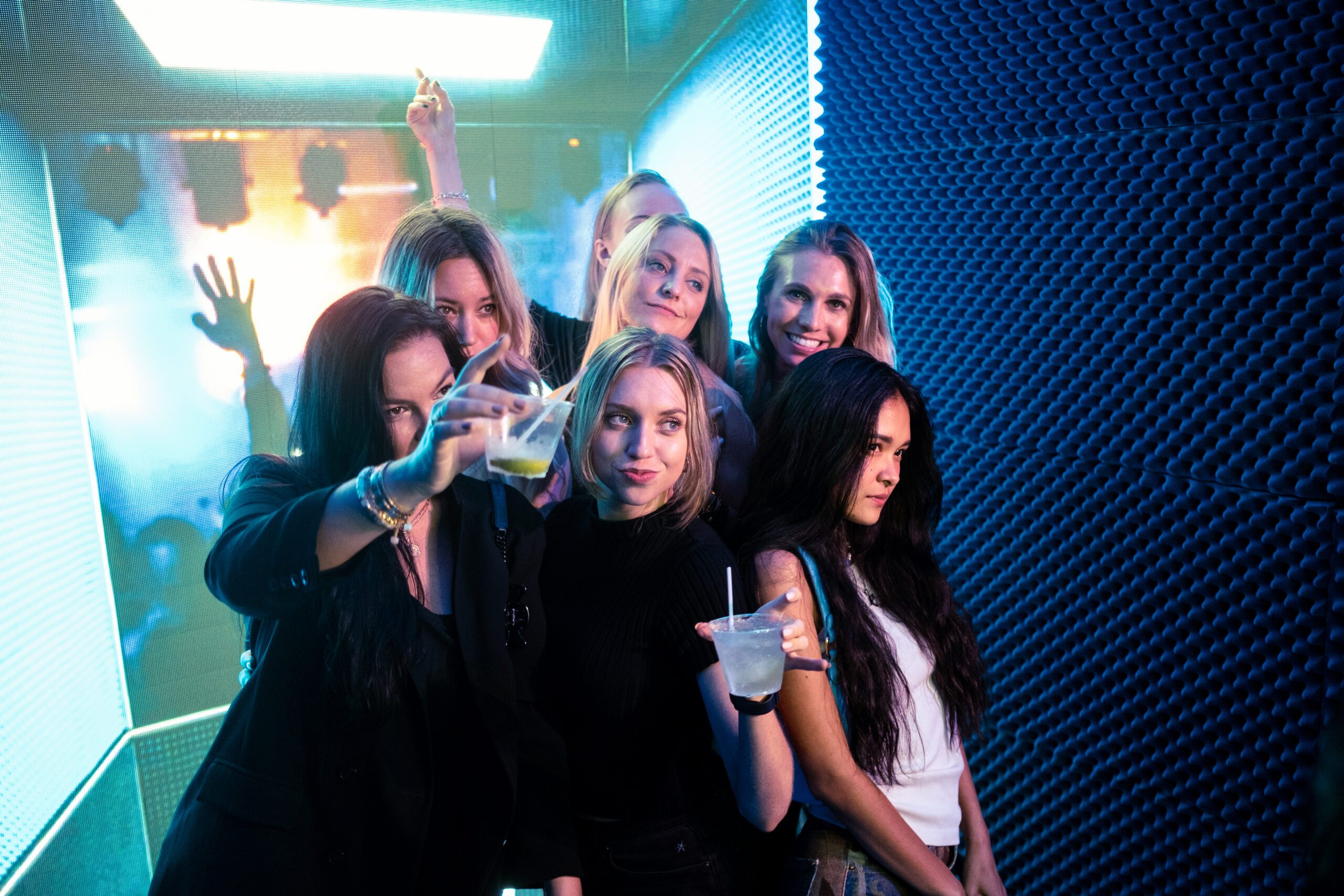 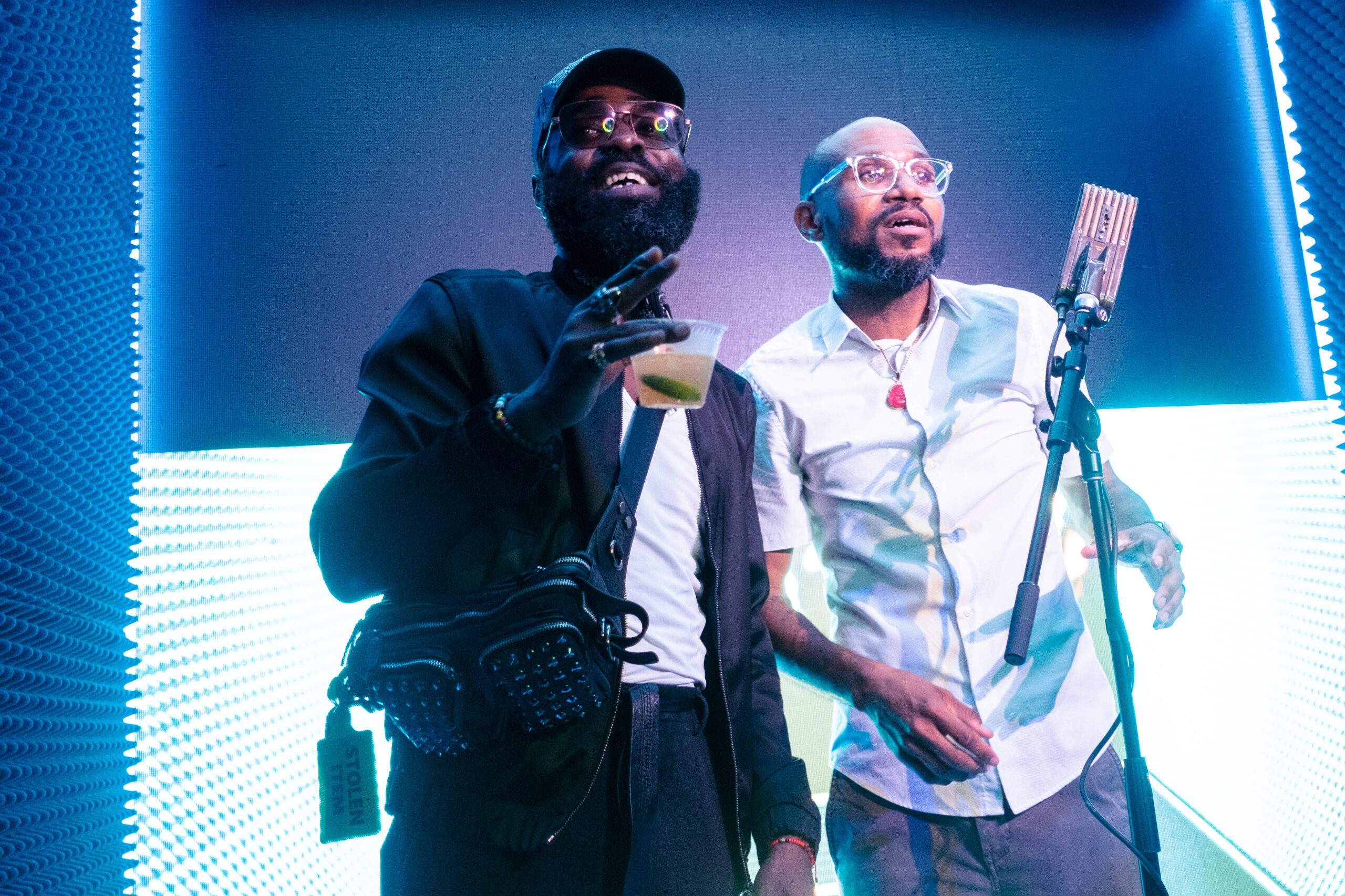 Guests enjoying themselves at Diesel’s photo-booth

As the event continued, we got to experience up and coming rap artists displaying their talents on the stage before the main event acts. Each artist provided their on taste to their lyrical talents, leaving the crowd in awe. 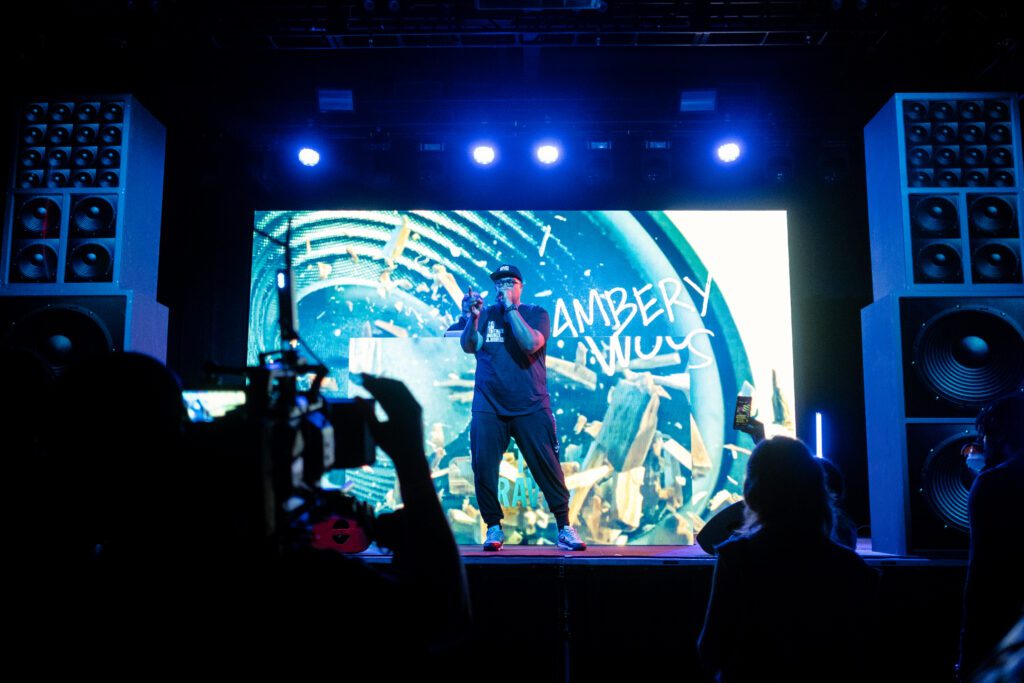 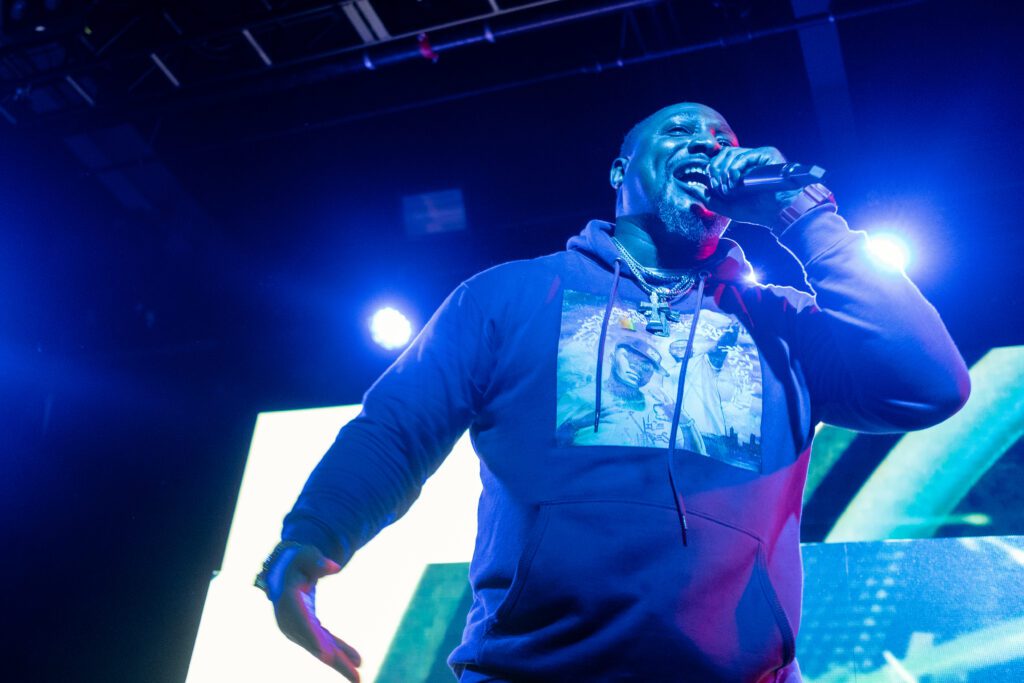 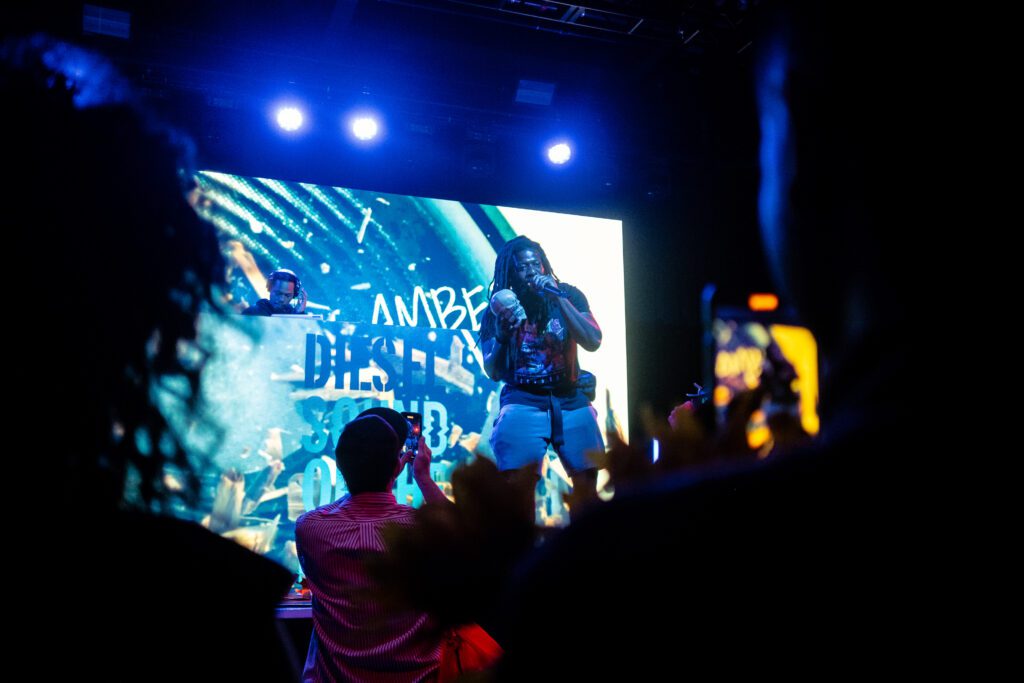 As the night went a long we were finally at the main event of performances with A.Chal, Luh Kel, & Flo Milli. 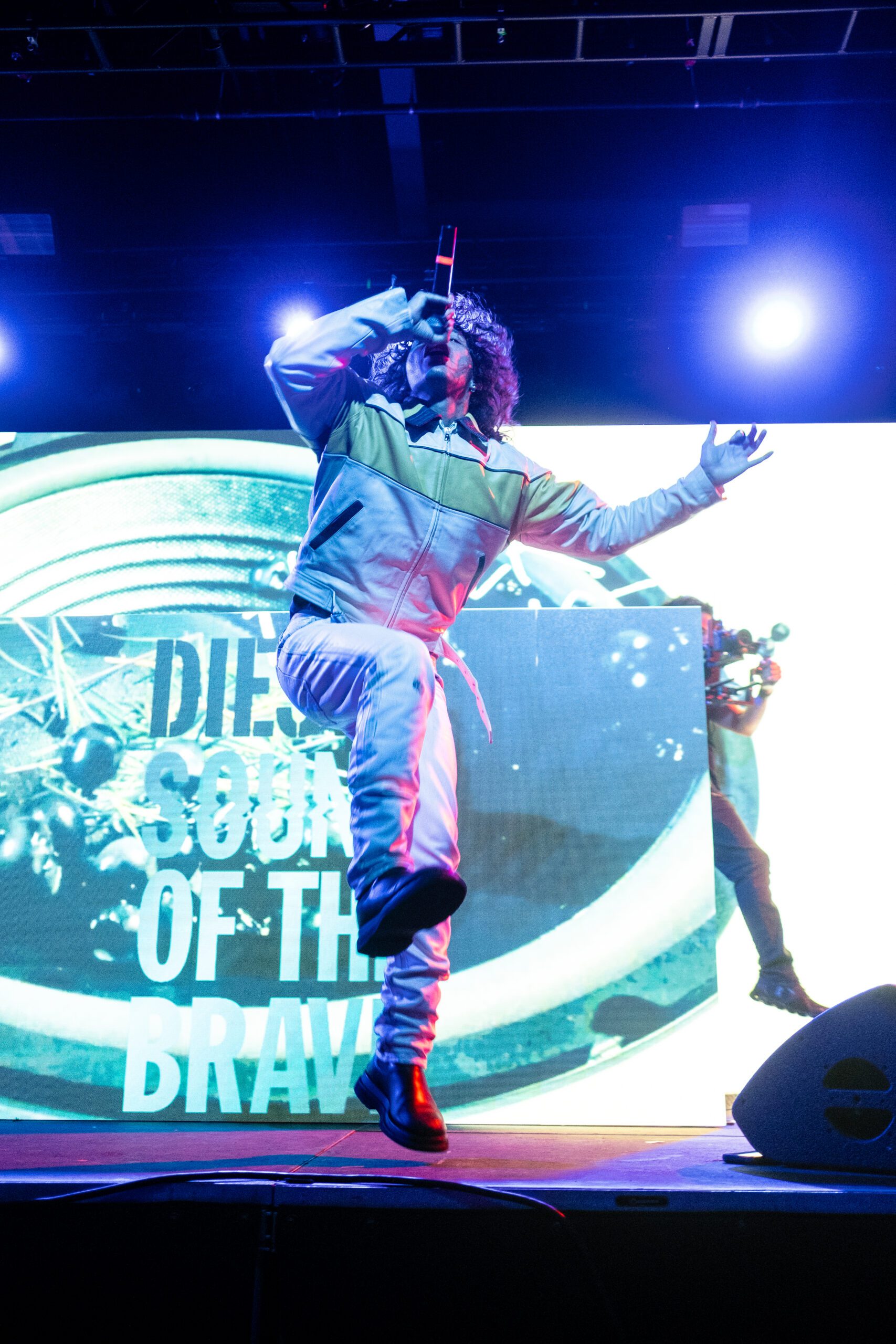 A.Chal gave a killer performance during the Diesel Sound of The Brave event. 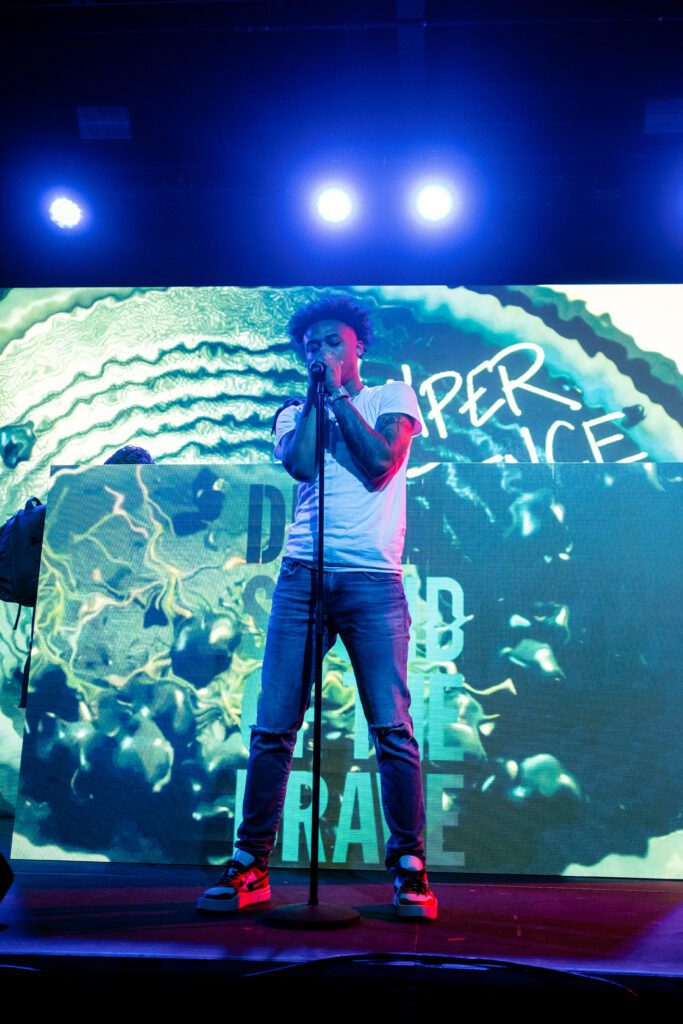 Next up was artist Luh Kel who showed why he is next up in the music industry. 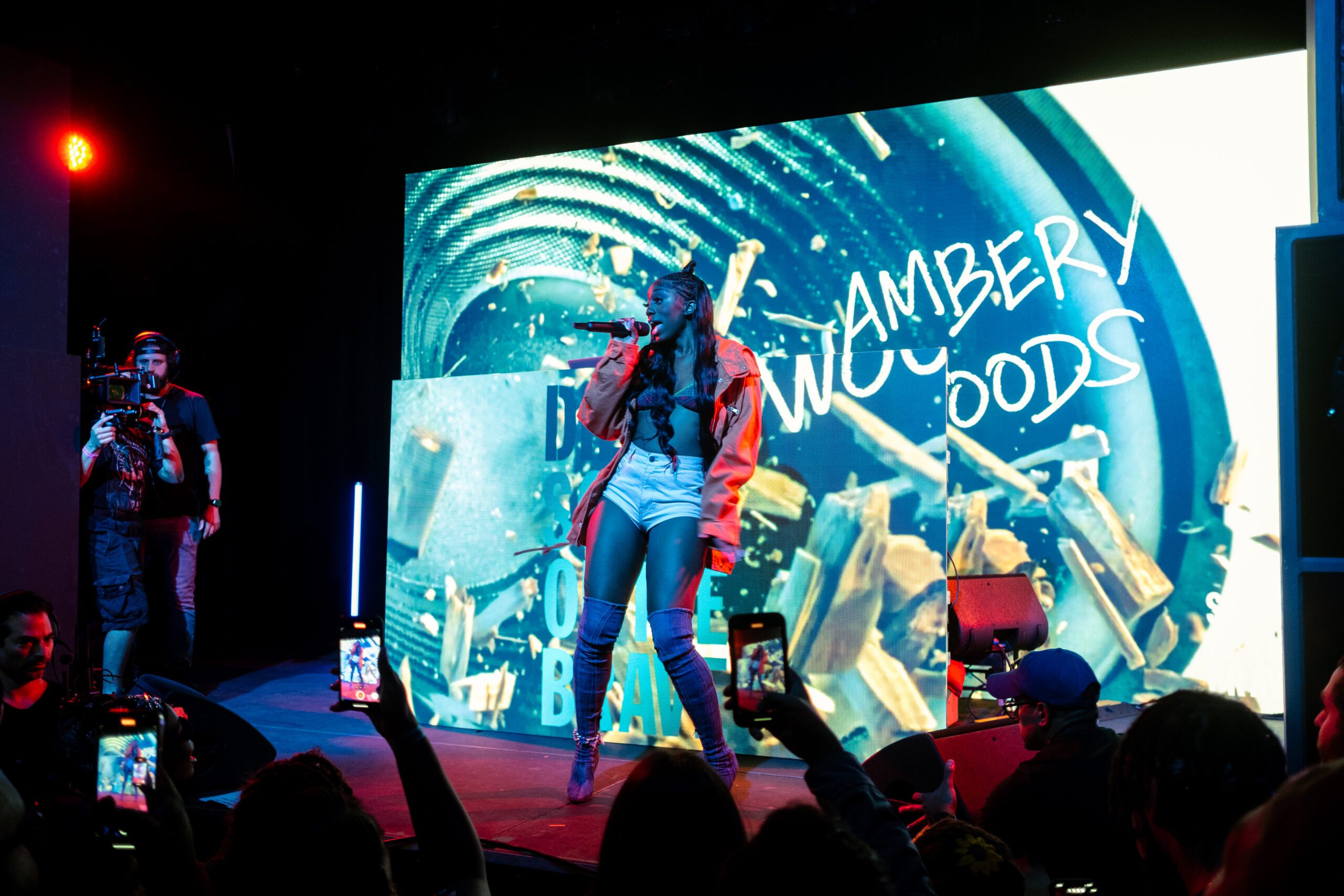 Flo Milli closes the event with her performance.