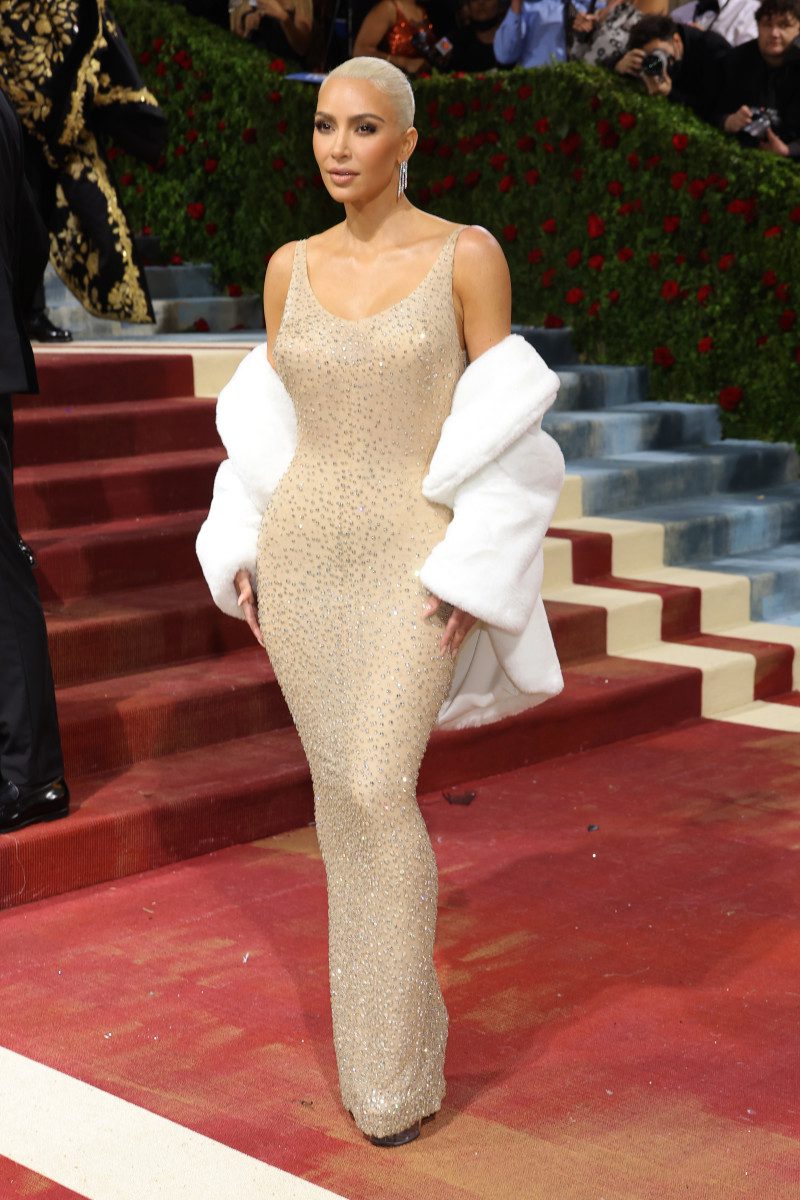 On Monday night Kim Kardashian arrived fashionably late to the Met Gala dressed in one of Marilyn Monroe’s most iconic looks of all time.

As Kardashian made her grand entrance on the arm of Pete Davidson, she sparkled in the contoured gown that embedded over 6,000 handsewn crystals, originally crafted by designers Jean Louis and Bob Mackie 60 years ago. 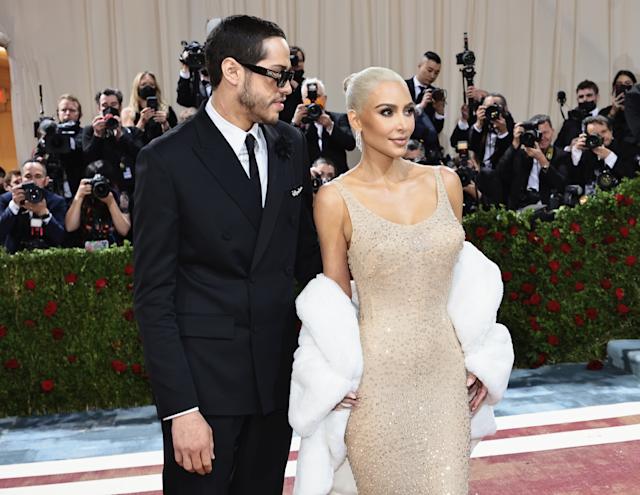 Although her look loosely fit the theme of gilded glamour, the dress was highly-anticipated. As sources revealed prior to the gala that Kardashian would be pulling the dress out of archives.

Kardashian channeled her inner Marilyn by pairing the gown with a white fur coat and incorporated chandelier earrings to accent the look. However, she kept her signature Kim flare with a sleeked bun and a neutral-toned makeup look.

Ripley’s Believe It or Not generously loaned Kardashian the gown, making her the first person since Monroe to wear the shimmering work of art. The museum and events franchise purchased the gown back in 2016 at an auction for $4.8 million.

Kardashian informed Vogue that when she initially went to her fitting, the gown didn’t fit, and under no circumstances was she allowed to make any altercations to the dress. So, in the midst of just 3 weeks, she had to lose 16 pounds.

“It was such a challenge; it was like a role. I was determined to fit it. I don’t think they believed I was gonna do it, but I did it,” said Kim. Marilyn originally wore the dress back in 1962 when she sang Happy Birthday to President John F. Kennedy for his 45th birthday. It’s believed that performance is what sparked the rumors of Kennedy’s extramarital affairs with Monroe, as he praised Monroe afterward for her “sweet and wholesome” singing.

Another legend surrounding the gown is its figure-hugging shape. It’s said that Monroe had to be sewn into the dress, and was unable to wear undergarments beneath it. The dress’ tight fit made it a challenge to walk for both Monroe and Kardashian. 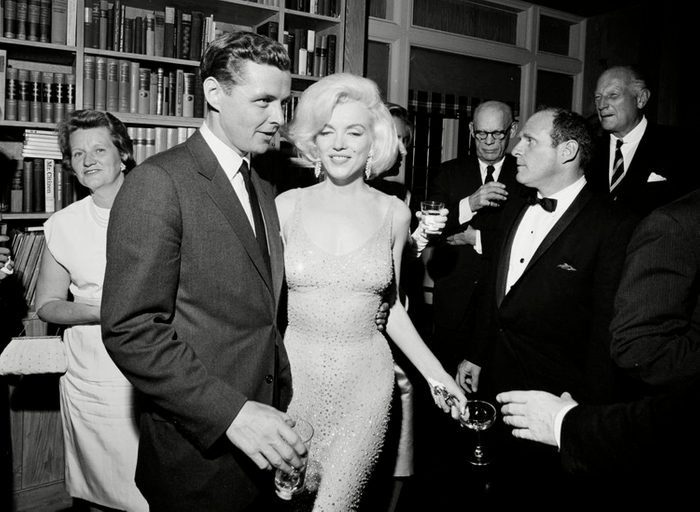 Ultimately, Kim had to change into a replica of the gown after struggling to make her way up the crimson steps. Despite Kim’s quick trip to the changing room, Ripley’s tweeted that she is “truly the Marilyn of our time.”