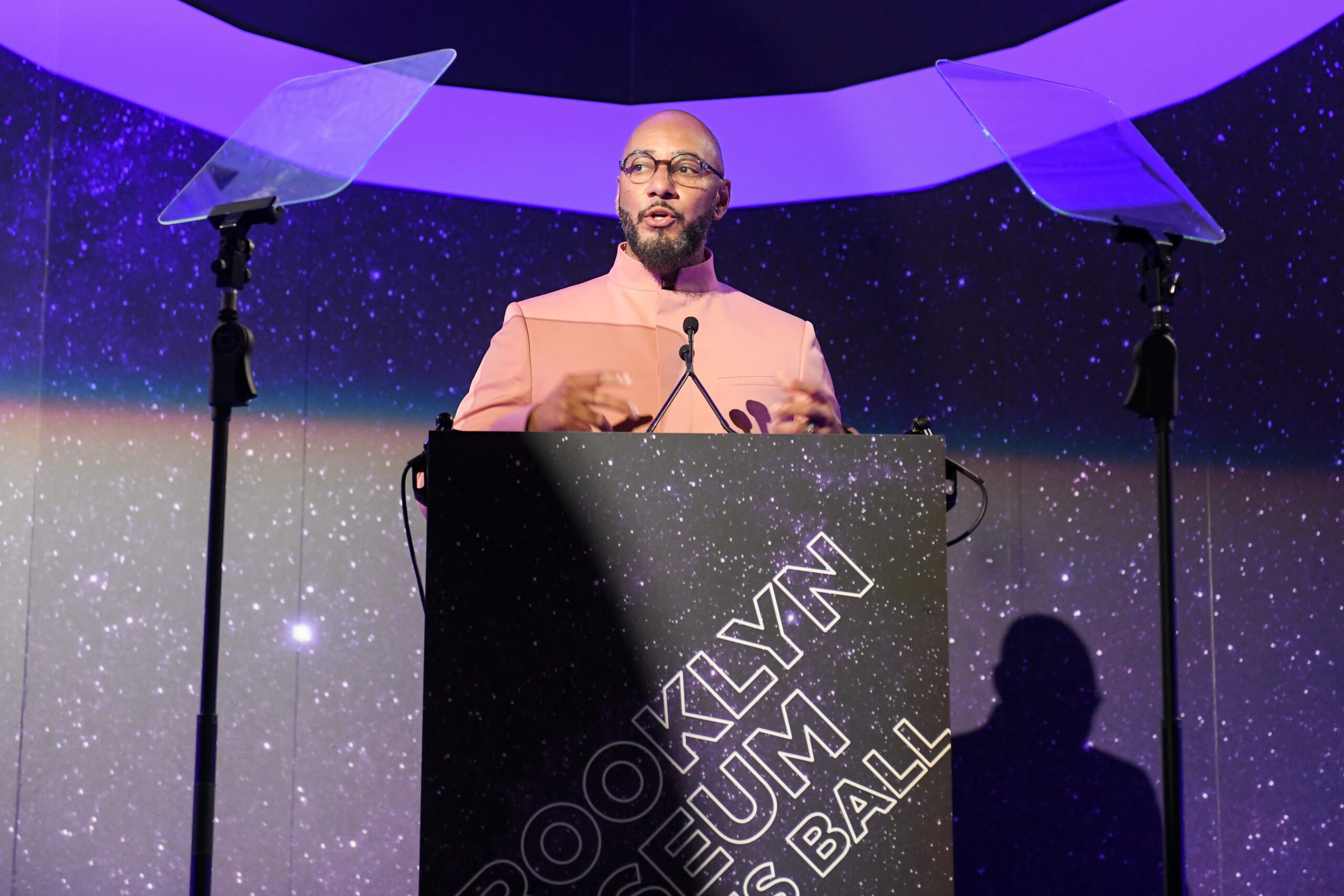 The Brooklyn Museum celebrated the eagerly awaited return of its annual gala, the
Brooklyn Artists Ball, on Tuesday, April 12. Throughout the night, over six hundred
guests from the art world and beyond joined the joyous fete recognizing three guests of
honor: Maria Grazia Chiuri, Saundra Williams-Cornwell, and W. Don Cornwell. The
event raised a landmark $2.4 million, a boon for the Museum’s collection and its
ambitious slate of special exhibitions and public programs in 2022.

The night kicked off with a cocktail reception in the Museum’s lobby, where guests
sipped signature cocktails provided by Belvedere and water provided by Perrier.
Throughout the evening, partygoers were seen immersing themselves in a futuristic
virtual reality experience by Marco Brambilla and voguing in an elaborate photo booth
designed by Randy Polumbo. Guests were then escorted to a seated dinner in the
Museum’s lofty Beaux-Arts Court, which had been transformed by event designer David
Stark into a galaxy of shimmering planets with orbs suspended above.

The revelry continued with the annual Artists Ball After Party, which welcomed an
additional six hundred guests. DJ Runna warmed up the dance floor and, as always,

headlining producer, rapper, and Brooklyn Museum Trustee Swizz Beatz DJ’d a
crowd-rousing set that closed out the night on a high.