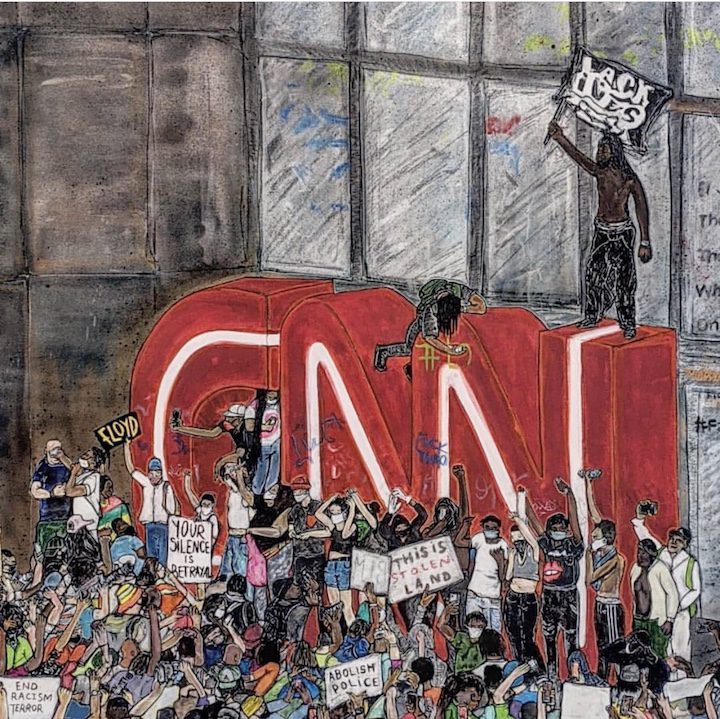 The start of February marked the start of this year’s Black History Month. We occupy a tumultuous time period, one rife with racial uprisings and revival of Black voices. Despite a global pandemic, one can trace the emergence of street art that reflects a people’s movements. Just as people took to the streets with picket signs, or simply their bodies, street artists took to the walls and pavements.

NYC Takes to the Streets: Literally

As far back as July, soon after the murder of George Floyd, especially poignant murals and pieces begun to spring up across the country. From New York City to Washington, visual artists had things to be said. Foley Square, a neighborhood in lower Manhattan, unveiled the colorful, symbolic and layered letters spelling simply “Black Lives Matter.” Similar works went up all over the country and the rest of the City. 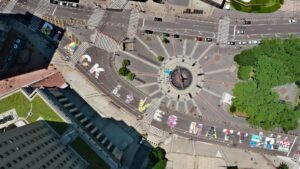 Graffiti and street art rates have generally increased in New York City especially. Powerful tags can be found anywhere. regardless of legality or anonymity. In thanks to the pandemic, George Flloyd’s death, and collective human angst, graffiti artists have more reasons than ever to produce emboldened work. Along constructed buildings and under bridges, seething anger persists. Phrases or stencils tickle the city’s infrastructure: “Justice for George Floyd,” CoronaVirus,” and “Supply and Demand.”

A Bogota, Colombia based artist named Lorenzo Masnah explored themes of racial injustice in his street art inspired body of work. Recent prominent pieces, titled “Rosa, We Didn’t” and “My Execution,” are both spray paint on canvas. Both pieces, made in Mosquito Beach, South Carolina, pay homage to the protests and civil unrest that unfolded, primarily that in Atalanta, Georgia. 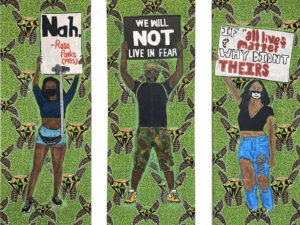 Proceeds from these works, now on display at Gallery Estrella as part of Masnah’s solo exhibition Paper Cuts, will be donated to a community center back in Colombia. The community center, located in predominantly Afro-Colombian village San Basilio de Palenque, supports this village’s members. They are largely direct descendants of enslaved Africans ruled by colonial Europeans.

As you walk the streets you call home, or watch the roads from your car or train, consider those swirls on the wall you’d otherwise overlook. The streets have a purpose; they have a connection to everything happening.  They are part of our history. 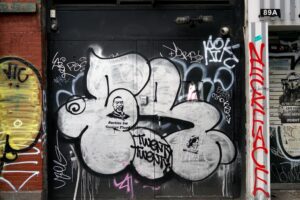