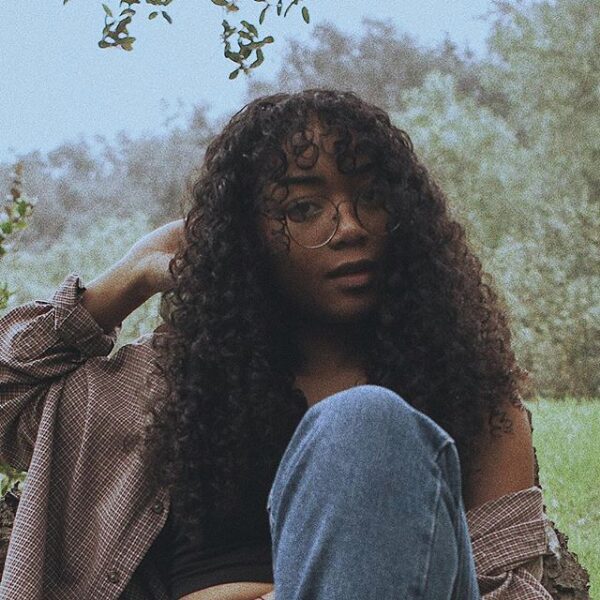 Neo-soul and alternative R&B musical artist, Umi, continues to make waves with the brand new release of the acoustic version of her song “Butterfly.” The studio version of “Butterfly” was released on all music platforms during March of 2018 and currently has more than 3.7 million views on YouTube. As a result of its massive success, Umi has put out an acoustic version of the song on Spotify, Soundcloud and Apple Music, and a video version on YouTube.

The visuals for this track are set outside in nature, which is very fitting in sticking with its theme. Umi is alone, accompanied only by her guitar, a microphone, and a butterfly that never flutters from her shoulder throughout the duration of her piece.

Since this new version of the track is acoustic, its melody is slightly melancholy and conveys an emotion of longing. While its original version from two years ago, though still soothing, is a bit more fast-paced and has a more optimistic tone.

Umi publicized this new version of “Butterfly” on her social media accounts and the reviews of the video thus far have all been raving. One viewer commented, “The serenity of that space and the purity in your voice, UMI is exactly what I needed to end today.” Another viewer even remarked on how the song took them back to a place of nostalgia by commenting, “This feels so nostalgic because I remember listening to ‘Butterfly’ while I was on the bus to school.”

Umi has been consistently delivering melodically soothing music to the public ever since 2017 and her fan base reflects just that. With 473K subscribers on YouTube and approximately 2.7 million listeners on Spotify, Umi’s star power continues to rise and isn’t stopping any time soon.

“Butterfly” is her first release of the new year and with the traction it has been receiving, it certainly won’t be the last for this surging artist.