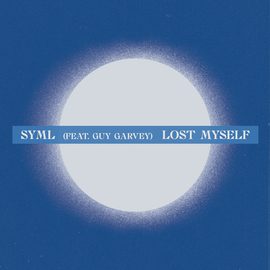 SYML the project of singer, songwriter and producer Brian Fennell—returns today with a new track, “Lost Myself” featuring Guy Garvey of British quartet Elbow, alongside a video.

“I’ve been a fan of Guy and Elbow since their album Cast of Thousands got stuck in my car’s CD player when I was in college,” SYML says of the collaboration. “It would always come on glaringly loud whenever I started my car. I got to tell him this story when we were shooting the video for Lost Myself and had a good laugh. Singing with Guy feels like having a good conversation over a pint. Familiar and warm.”With over one billion lifetime streams, SYML—Welsh for “simple”—makes music that taps into the instincts that drive us to places of sanctuary, whether that be a place or a person. “It comes back to your identity of being human; throughout time we’ve shared the same drive,” he explains.Born and raised in Seattle, Fennell studied piano and became a self-taught producer, programmer, and guitarist. He released his self-titled debut album in 2019, which included the platinum-selling song “Where’s My Love,” followed by the grief-stricken EP DIM about the death of his adoptive father in 2021. After supporting Dermot Kennedy on his most recent U.S. tour in late 2021, SYML embarked on an extensive U.S. and European headline tour of his live album Sacred Spaces, performing in beautiful churches across the world. The tour included sold out shows at London’s Union Chapel, Paris’s Café de la Danse and Amsterdam’s Het Zonnehuis and took him full circle, back to where it was all recorded at St. Mark’s Cathedral in his hometown of Seattle. His music has been featured in countless movies, TV series and ad campaigns including Netflix’s original series “Behind Her Eyes,” which featured his version of “Mr. Sandman” as the title track.