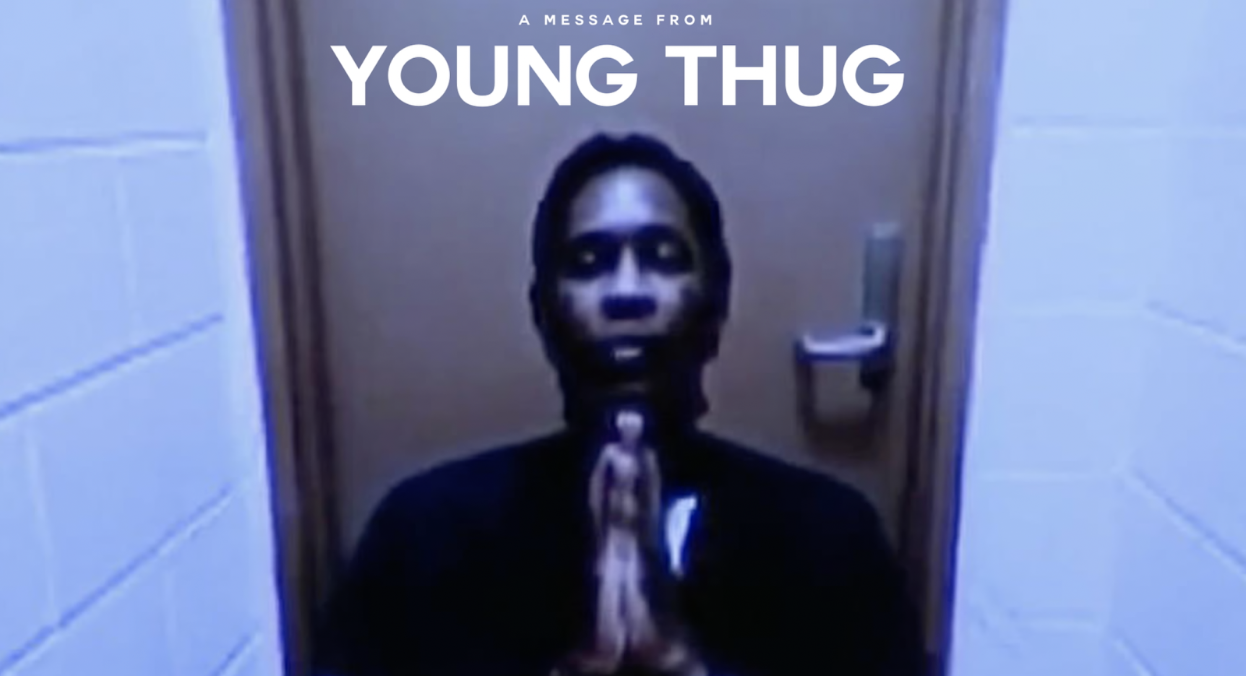 Last night, artists and fans alike stood in solidarity to “Protect Black Art”, a movement centered around the criminalization of black musicians’ artistry by using their lyrics against them in the courtroom. In lieu of Young Thug and Gunna’s highly anticipated headlining performance at Summer Jam, there was a surprise performance by Meek Mill — who has been an advocate for the passing of the “Rap Music On Trial” bill in New York. During the performance, Meek used his time on stage to bring light to the current situation that Young Stoner Life Records artists are facing and advocate for their freedom.

After the performance, a powerful PSA highlighting the “Protect Black Art” movement and the injustices of using lyrics against Young Thug, Gunna, and the artists of YSL (Young Stoner Life) played across the screens. The PSA featured messages from the likes of Post Malone, Polo G, Meek Mill, G Herbo, DJ Khaled, NAV, London On Da Track, and Kevin Liles as they all detailed the importance of protecting black art. The PSA also featured a recorded message from Young Thug thanking the public for their support and encouraging fans to sign the “Protect Black Art” petition.

The “Protect Black Art” petition was launched on Thursday, June 9th by Kevin Liles (Chairman and CEO of 300 Entertainment/Elektra Music Group) and Julie Greenwald (Chairman and COO of Atlantic Records). In an open letter, they launched the petition which called for changing the practice of using rap lyrics as evidence in criminal trials and advocated for the passing of legislation such as S.7527/A.8681, better known as the “Rap Music On Trial Bill” – read the full letter HERE. The bill is now up for vote in the New York State Assembly and the “Protect Black Art” petition aims to garner widespread support to push the bill across the finish line, as well as gain awareness of the unfair weaponization of creative expression that Black artists like Young Thug and Gunna are currently facing.

As the message of “Protect Black Art” continues to spread, the music industry and fans alike gather to support the liberation of Black art, the passing of the “Rap Music On Trial Bill” and the freedom of YSL.