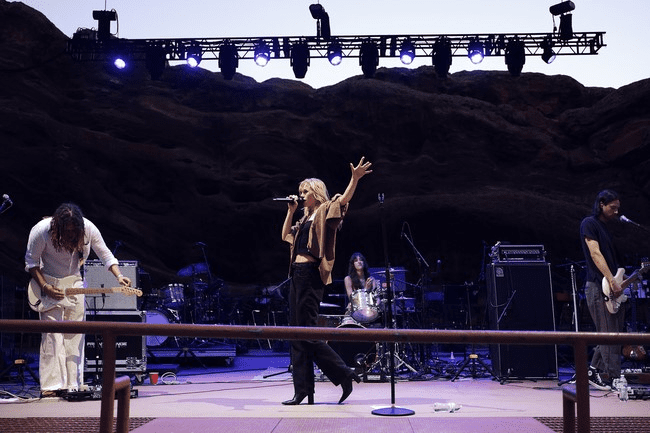 The tour is in support of Waterhouse’s debut album, I Can’t Let Go, out now via Sub Pop Records—get it here. Additionally, her 2017 single “Good Looking,” which peaked at #1 on Spotify’s Viral USA Chart, recently went viral on TikTok and continues to accumulate more than 700 thousand streams daily across Spotify, Apple Music and Amazon Music.I Can’t Let Go was executive produced by Grammy-nominated Brad Cook (The War On Drugs, Bon Iver) and features previously released singles “Moves,” “My Mind” and “Melrose Meltdown.”

More music from Waterhouse is imminent.Critical praise for Suki Waterhouse…“…add to the mix her vocal style – calling to mind the exquisite tones of Elizabeth Fraser or Hope Sandoval – and a solid collection of early work that caught the ear of Sub Pop, and you’ve got a welcome addition to your 2022 playlist.” – NPR“..sounds like what a Lana Del Rey deep cut mixed with Joni Mitchell’s ‘Both Sides, Now’ would sound like…Here’s to more pleasant surprises like this from her book of talents.” – NYLON