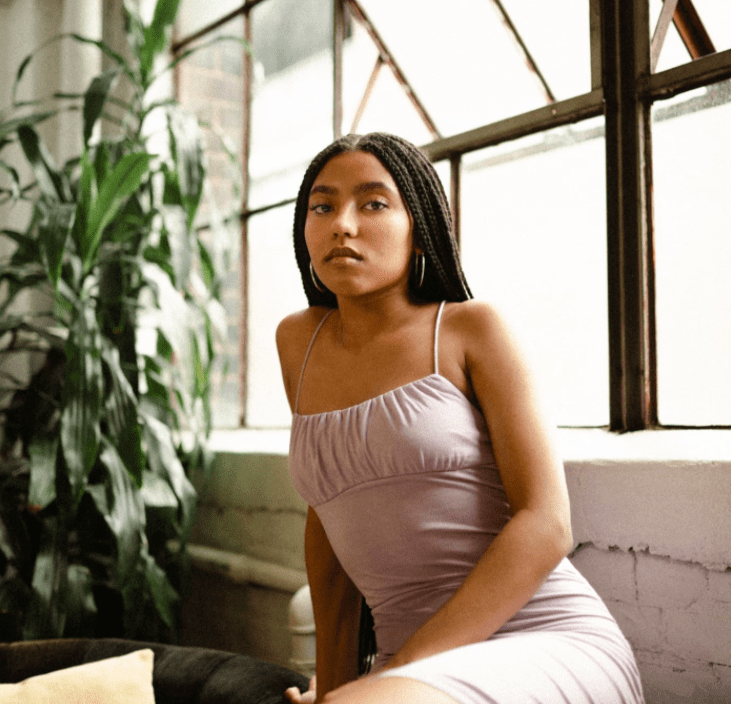 Enchanting and soulful to the core, 16-year-old singer Luna Elle is the new rising R&B star with a voice of gold. In spite of her young age, Elle’s voice is mature, reminiscent of powerful soul singers such as Sade Adu and Baby Rose. In addition to this, she has cited artists such as Beyoncé, Jazmine Sullivan, Brandy, and Giveon as inspirations.

“The first time I went into a studio I decided this is what I want to do. With the feeling of making music and the vibes in the studio, I fell In love with it. I love listening to music and taking in all the effort that goes into making the song,” she told Remixd Magazine.

Hailing from the large Canadian city of Mississauga, Ontario, Luna Elle is currently signed to the Toronto-based record label and media company Hot Freestyle, which is known for working with newer artists to expose them to a wider range of audiences.

Needless to say, they’ve been doing a spectacular job; just six weeks ago, Elle’s music caught the attention of NBA legend and superstar Shaquille O’Neal, who reposted a clip from her previous single, “True Love.” The video, which gained over 700,000 views on Shaq’s Instagram account, resulted in the Canadian soulstress garnering much attention all across the board.

Just three days ago Luna Elle released her third and newest single, a heartfelt and vulnerable track entitled, “Flaws.” The song itself is based on a conversation that she had with a friend about falling in love and then having your expectations not met in the relationship. Though she is at first starry-eyed and intrigued by her partner, she later comes to understand that true relationships have flaws and issues and aren’t always picture perfect. Throughout the song, Elle not only exhibits great confidence and brilliant vocal execution, but she displays much passion as if speaking about a lived experience.

“Flaws” is available on Apple Music, Spotify, and other various streaming platforms.