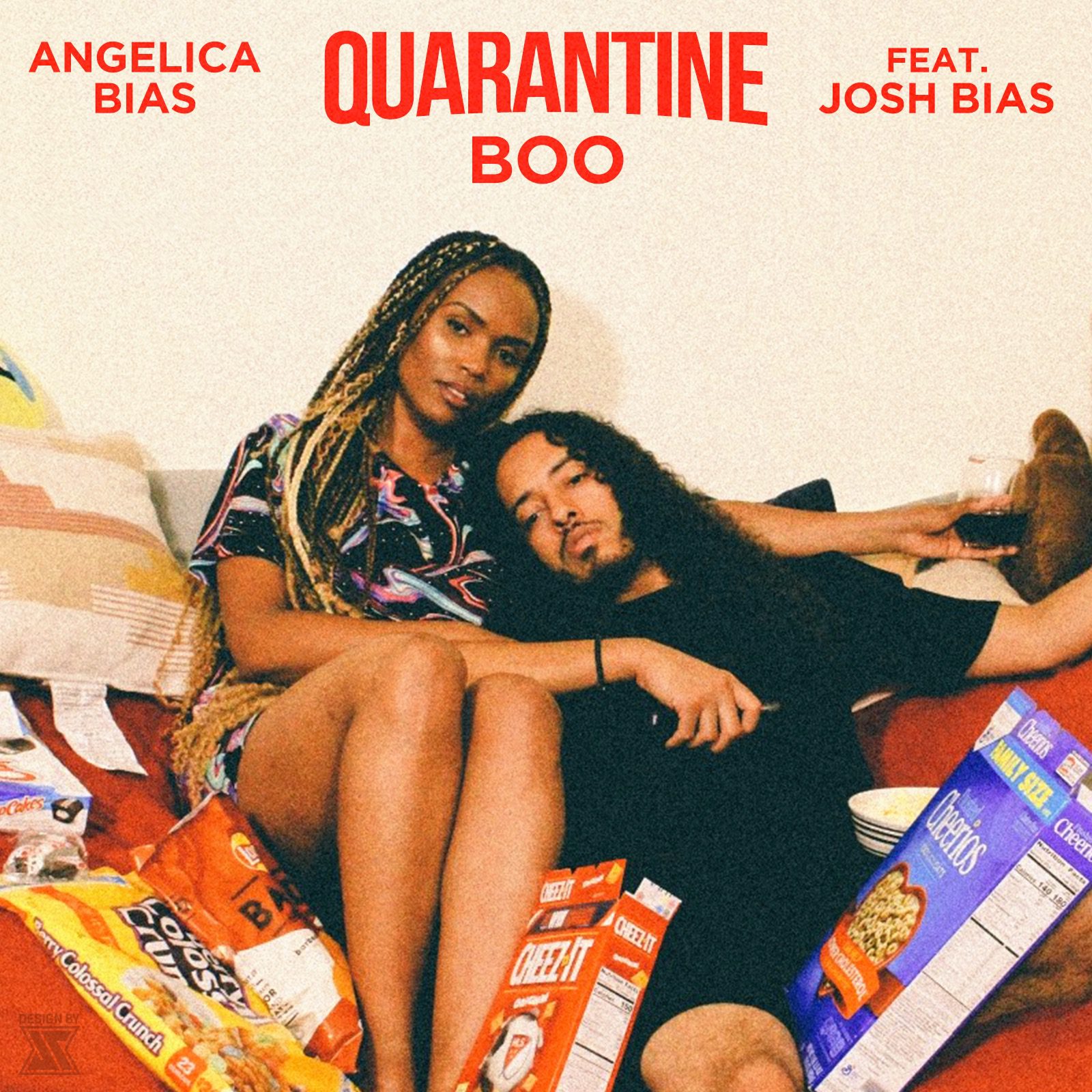 Husband-wife duo Josh and Angelica Bias have officially released a sultry ballad titled “Quarantine Boo”. For many, time spent in social isolation has been a time to strengthen their relationships with their special someone. Instead of being alone, people have seized the moment to be on lockdown with their quarantine boo. Social distancing hasn’t stopped the couple from fueling their creativity. The sultry single was co-written, produced, and mixed by the duo. Over an infectious acoustic guitar laced beat, the duo croon about the special love and intimacy that isolation may bring.

“Girl we can Netflix and chill/ See a shot take a shot / Baby, if that’s how you feel/ Cause I ain’t not no meetings except the one I made with you/ In the bedroom/ On the studio stairs too,” Josh Bias passionately sings on the hook.

Angelica showcases her rich-textured vocals as she sings, “Don’t be scared/ Got your essentials all prepared/ I heard that it’s gonna be like this for a while/ Hold up, hold, boy you gon’ give me a child/ Cause there ain’t nothing going on like it used to/ But being locked up with you, boy I could get used to/ It’ s true, I’m just trying to see you.”

Social isolation has not only been a time for the couple to tap into their creativity, but also spark up the romance and intimacy in their marriage. “In a relationship, you have to always keep it fresh and find ways to create that old feeling again between you and significant others”, the couple state.

Josh and Angelica Bias have an undeniable vocal prowess and soulful flavor. Their brilliance in songwriting is prevalent with every production. The couple has continuously swooned listeners with their unwavering, emotionally-charged lyrics, and silky melodies. From the mesmerizing vocals to the finely-calibrated lyrics, the duo is proving that they have everything they need to dominate this industry.