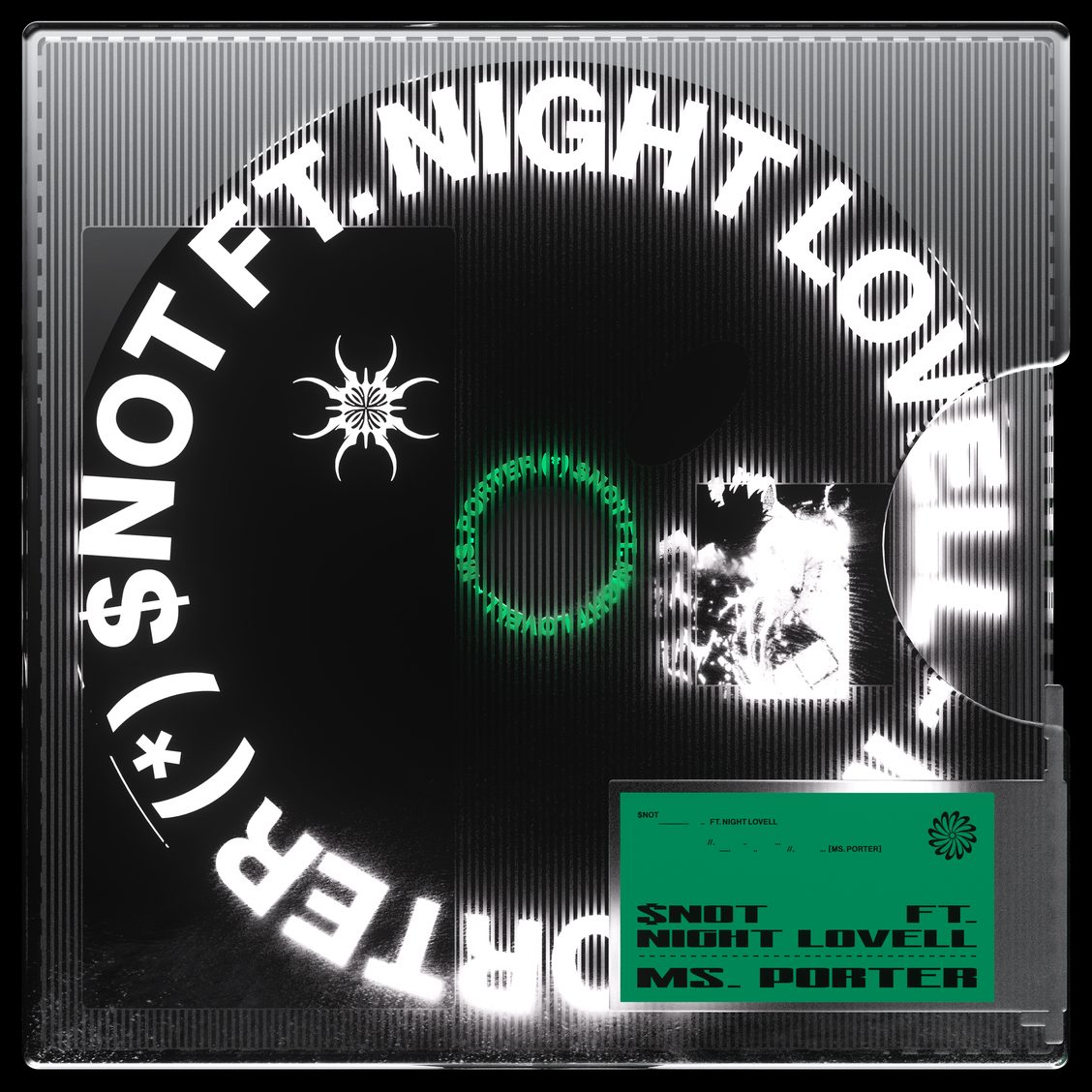 Today, Floridian rapper $NOT taps the prince of the Canadian underground, Night Lovell, for a new single “MS PORTER”. The dreamy track is reminiscent of a dark lullaby laced with synths and drums. The two rappers both known for their sleepy flows sit on opposite sides of the sonic spectrum on “MS PORTER” with $NOT’s rich harmonies and Lovell’s bold yet mesmerizing tone. The new single is a follow-up to their 2020 collaboration “Human” which quickly became a favorite between their respective fan bases.

This new single comes right before $NOT hits the road for the “Grey Day” tour alongside the $uicideboy$, Ski Mask The Slump God, Knocked Loose, JPEGMAFIA, Code Orange, Maxo Kream, and more. The tour will hit 40-cities across the United States including arenas and amphitheaters and tickets are available HERE. “MS PORTER” serves as the first release since his critically acclaimed full-length album Ethereal released in February of this year. The album housed collaborations with Trippie Redd, Joey Bada$$, Juicy J, Kevin Abstract and standout track “DOJA” featuring A$AP Rocky. Released in early February, “Doja” ft. A$AP Rocky reached YouTube’s trending chart after the audio generated over 10 million combined streams in its first week of release. Powered by a video that followed $NOT and Rocky through NYC streets and a memorable hook that caught the attention of Doja Cat herself, “Doja” premiered on the Billboard Hot 100, becoming $NOT’s first Hot 100 hit as a lead artist and second-ever appearance after last year’s “Tell ‘Em“ w/ Cochise.

This new release only capitalizes on momentum that $NOT has generated between this year and last. With a platinum plaque and two RIAA certified Gold singles under his belt, over 100 million streams in the bank for Ethereal, and gracing festival stages across the country like Lyrical Lemonade’s Summer Smash, Rolling Loud, Day N Vegas, and Firefly Festival — $NOT looks likely to reach yet another level of artistry and stardom this year. Keep an eye on the young rapper as he continues to evolve into an icon on his own uncompromising terms.