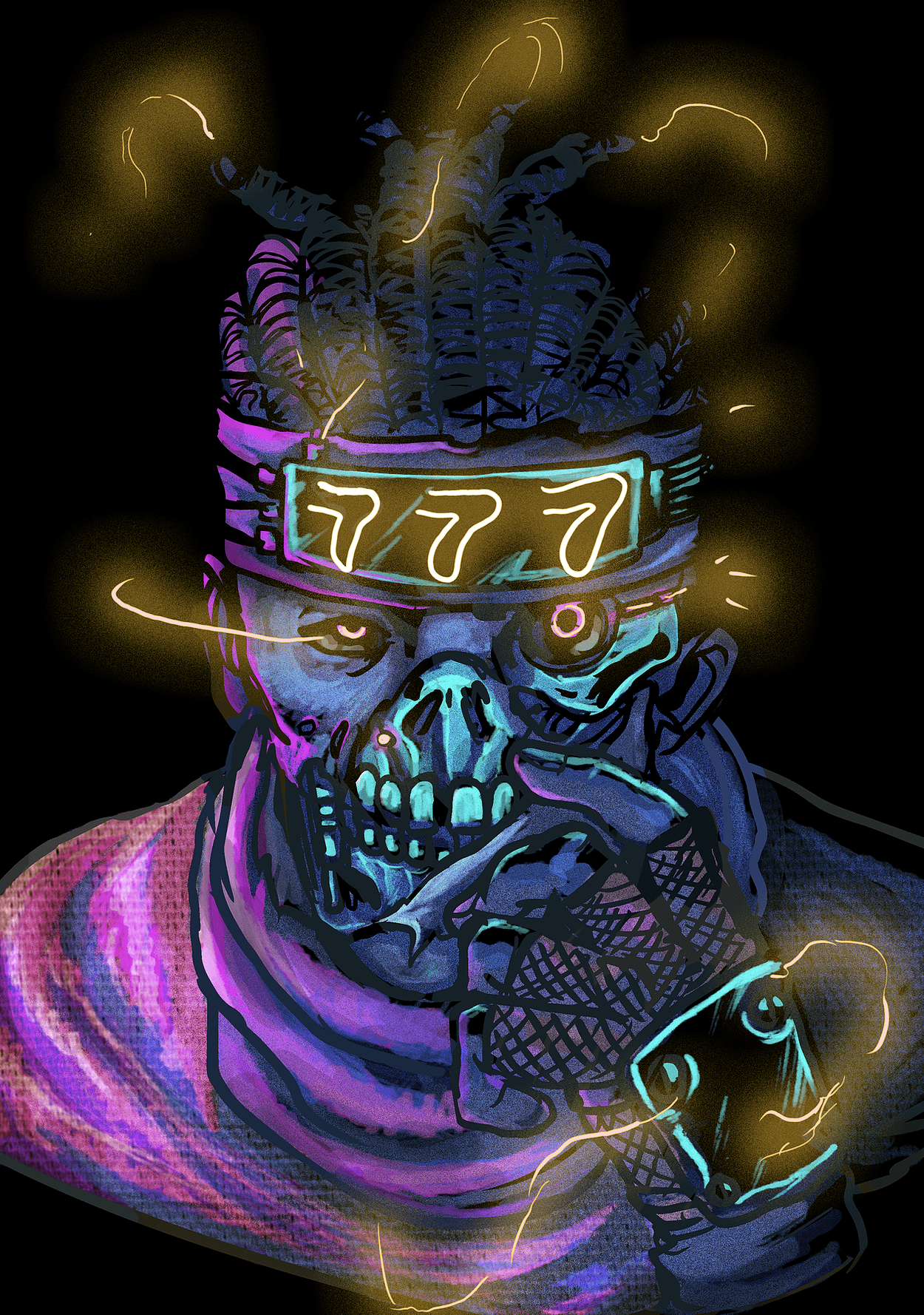 On Wednesday night my friend and I showed up at a bar in Brooklyn called Wonderville for the “777′”official documentary screening. When we first tried to walk in, the bouncer asked us if we were performers. It was both funny and flattering. As we, in fact, were not performers, we had to wait outside for a bit until they were set up. This built up the anticipation even more. 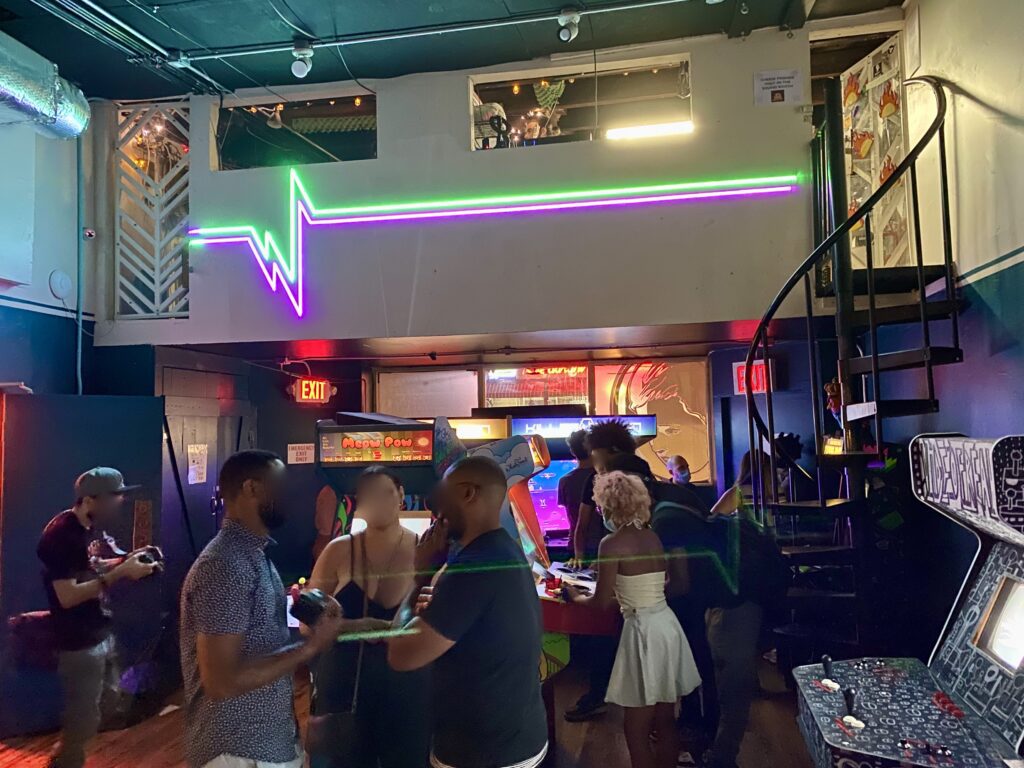 When we finally entered the arcade bar we had absolutely no idea what to expect, but we were delighted. Wonderville is no ordinary bar: it has an old-style arcade full of independently made games. These range from the classic Pinball to a game where you play an air pilot in the Soviet Union. The games were free to play, making the arcade super accessible and relaxed.

As people started bustling into the bar, the energy buzzed with life and excitement. There was a sense of community and warmth that filled the air.

When Dream Computer, the first artist to perform, finished playing his funky, and, aptly, dreamy beats, the crowd called for him to keep going and play another. Dream Computer had a very chill vibe. His beats fit perfectly into the environment of the barcade, with their retro yet modern and trippy sound. 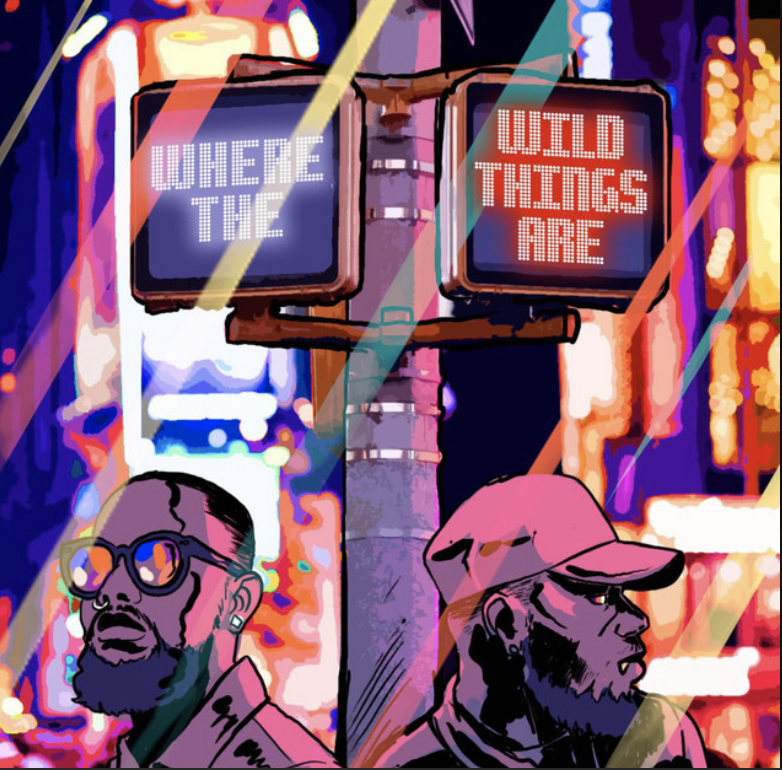 Album art from Wild Prxfits’ EP “Where The Wild Things Are” released in 2020.

Up next, Wild Prxfits (a hip hop duo made up of Wxlfman and Louie Tha Profit) performed.

While performing, Wxlfman and Louie Tha Profit put their whole hearts and a passionate energy into their songs, and it pulls at something in a listener. Especially being there live, it felt like we were all a part of their music, and even though I’m a shy dancer, I couldn’t help but move to the beat.

Even as some technical difficulties arose, the two artists did not falter and continued to rap without music, showcasing their talent and zeal. “The party is always wild when we step into the room,” they write in their Instagram bio, and I have to agree.

Video from their Instagram of the Moment the Music Stopped 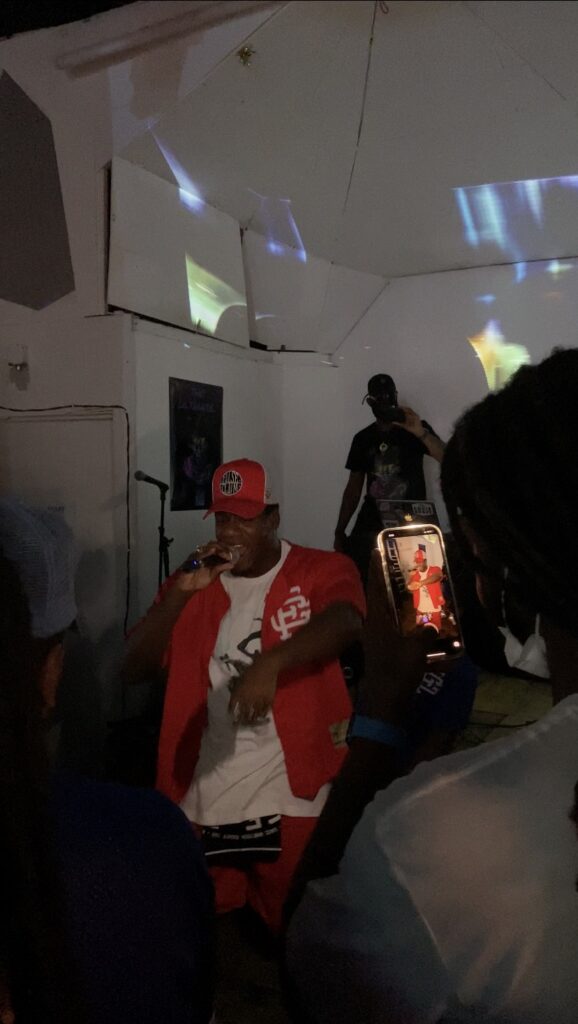 In 2010, Wxlfman founded his own apparel company False Claim Co. based around the idea that you get to claim your style as an extension of your expression and that it should not dictate who you are. At Wonderville that night, Wxlfman, Louie Tha Profit, and audience members were all sporting False Claim merch, and it looked pretty sharp.

Finally, Nenjah Nycist previewed his documentary. The full documentary is included in his “777” limited collector’s bundle that can be pre-ordered here (only 100 being sold!) “This release is an audio and visual journey through new worlds, straight from the mind of creator Nenjah Nycist,” as stated on their website.

Within This One of a Kind Bundle: 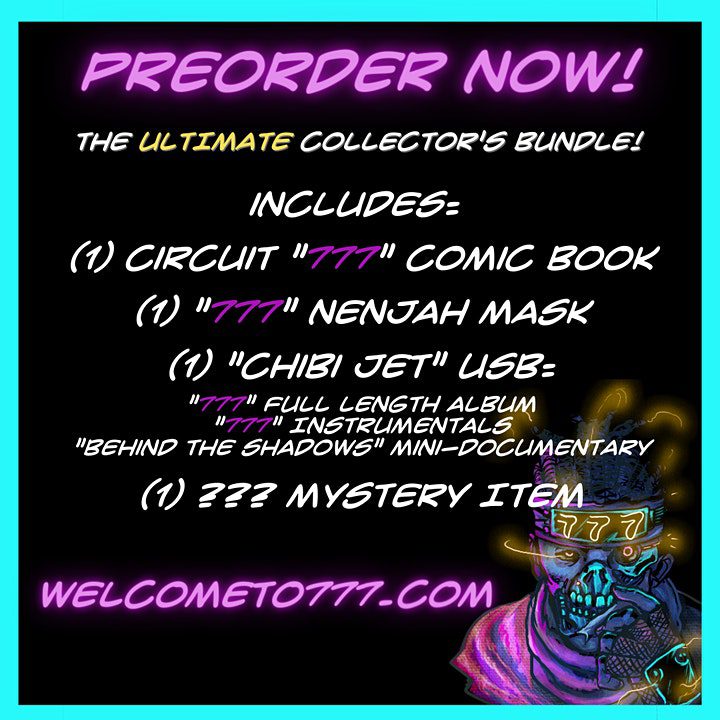 Nenjah Nycist mentioned that he loved comic books as a kid and that his 7 year old self would be flipping out that he made his own (with help from friend and fellow artist C.H.I.L.D)

He was wearing one at the performance and it looked really cool.

The “Chibi Jet” USB, which contains the “777” Album, the “777” Instrumentals, and the “Behind the Shadows” mini-Documentary…

The preview of “Behind the Shadows” included snippets of Nenjah Nycist’s beats, personal life, and an exploration of his journey getting where he is now. He opened up his heart to the audience. The documentary displayed his passion, dedication, and strength in an intimate and natural way.

… and a Mystery Item!

Nenjah Nycist released a single “Throw Hands” with Black Milk. The instrumental has a really smooth and jazzy piano melody that goes nicely with the drum beat.

To top it all off, everyone at Wonderville on Wednesday night showed support and respect for all the performers and the hard work they dedicate to making good music. It was a wonderful night full of love, and my friend and I were lucky to experience it.